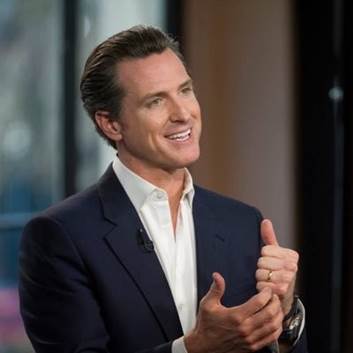 It’s hard to get 70% of San Franciscans to agree on anything. But Newsom’s Prop J did the trick. And Newsom suffered this one-sided defeat despite soaring personal popularity after his February 2004 legalization of same-sex marriages.

Fortunately for  California, Newsom’s commitment to workforce housing survived Prop J. Today in 2019 Governor Newsom’s goal of increasing density to expand housing affordability for the working and middle-class could not be more timely.

I’ve been meaning to write about Prop J for a long time. I helped coordinate the No on J campaign, uncovering flaws in the measure that led to its defeat. I have long realized that in 2004 Newsom had a far better appreciation of San Francisco’s need to build more housing then I did.

The Emergence of “Workforce Housing”

“The diverse San Francisco we know and love will be lost unless we can forge sensible housing policies that give the working people of San Francisco affordable housing options.”—Gavin Newsom, Fall 2003 campaign mailer, explaining Prop J.

Newsom’s statement could have been lifted from my new book, Generation Priced Out: Who Gets to Live in the New Urban America. He also sounds like my book when he insists “teachers, nurses, firefighters and police officers should be able to live in San Francisco and raise their families here.”

Prop J focused on promoting height and density bonuses for “workforce housing” in Downtown and the Central Waterfront. Prop J relied on “Program EIRs” that evaluated zoning changes by neighborhood rather than project-by-project. Prop J sought to allay concerns from the city’s anti-development Westside by arguing that it “directs dense housing downtown, not the neighborhoods.”

Fifteen years ago, why did I work to defeat this pro-housing measure?

First, while Prop J allegedly protected “the diversity of San Francisco by building homes for working families,” we did not see Prop J’s income limits as addressing the city’s true workforce.  As our campaign literature stated, Prop J “claims to provide housing for teachers, nurses and firefighters but does not earmark a single unit for those groups.” Further, Prop J set aside 27% of its “workforce” units to single people earning $76,000 and families of our earning $109,800.

That was a lot of money in 2004. Far more than a teacher, nurse or firefighter then earned.  Our campaign materials highlighted that “virtually no SFUSD classroom teacher earns the $76,000 necessary to qualify for workforce housing.” I also reached out to the California Nurses Association to come out against the measure as not serving nurses; a mailer featuring a nurse opposing Prop J soon followed.

Second, Prop J benefited upscale housing developers over small builders. Because Prop J projects were guaranteed initial project review within thirty days, my close allies in the Residential Builders Association (the RBA) feared their projects would sit even longer at planning (six months to a year was then customary). Further, the RBA felt it was unfair for its members to still pay fees while upscale Prop J projects were exempted. The RBA also foresaw the city making up for losing Prop J development fees by raising planning fees on all other developments.

Third, Newsom and the Chamber of Commerce advanced Prop J without engaging with the broader community. As we said time and time again—-because this message proved enormously popular with voters— Prop J was put on the ballot “with no public hearings.”

Finally, Prop J emerged in a broader political context. Signatures for the initiative had been gathered while activists focused on the highly competitive Newsom- Matt Gonzalez mayor’s race. Many Gonzalez supporters saw Newsom as representing downtown interests. We saw Prop J as Newsom’s attempt to increase downtown and Central Waterfront property values, not as a strategy to help working families.

But this was not a left/right conflict. Prop J also drew fierce opposition from the primarily homeowner groups affiliated with the Coalition of San Francisco Neighborhoods. Tony Hall, the Board’s most conservative supervisor, also opposed the initiative.

No wonder we crushed Prop J. We assembled one of the broadest political coalitions San Francisco has ever seen

I don’t regret Prop J’s defeat. Its flaws were real. I do regret not figuring out a way to turn the good parts of the measure into a winning campaign.

I tried to do this in 2007 when I worked with the RBA on a ballot measure for June 2008 that would increasing density the right way. The initiative offered builders density bonuses in exchange for providing affordable units to working families.

But we encountered some of the same “progressive” opposition that rose up against Prop J.

Activists falsely claimed that our plan to provide affordable family housing would somehow “further gentrification in the Eastern Neighborhoods.” They attacked our plan to expedite the approval process for these affordable family projects and limit project appeals for offering “bonuses” to market rate developers. It became clear that while some Prop J opponents had a problem with the high income levels of the measure’s primary beneficiaries, others opposed increasing market rate housing even if it meant increasing homes for true working families.

Activist opposition led a supervisor who had committed to place the measure on the ballot to withdraw her support only an hour before the ballot deadline. It was then too late for us to get a replacement. San Francisco eventually enacted a similar density bonus concept with HOME-SF, but that was a decade later in 2017.

Why did Newsom not follow Prop J by assembling a broad coalition to increase heights and density to address the housing affordability crisis of working families? I don’t recall a single San Francisco constituency group pushing him to do so. I certainly never pushed the mayor to do so.

The problem was that San Francisco lacked a YIMBY movement during Newsom’s tenure. There were not crowds of young people coming to City Hall demanding that the city increase heights and density to expand affordability.

Mayor Newsom would have relished such support. San Francisco would be a more inclusive city today if young housing advocates had emerged. But the times were different and the push for housing was not there.

Although housing prices rose until Newsom left office at the end of 2010, the national financial crisis slowed new housing development. The post-2011 housing crisis had not yet occurred, and the rising prices that spawned the YIMBY movement not yet happened.

But Mayor Newsom was on to something with Prop J. As Governor,  Newsom can now do for California what he wanted to do in San Francisco: boost affordable housing funding and back measures like SB50 that use increased housing density to promote affordability.

This time I think Newsom will be on the winning side.

Randy Shaw is Editor of Beyond Chron. He describes how San Francisco and other blue cities have priced out the working and middle-class  in Generation Priced Out: Who Gets to Live in the New Urban America.