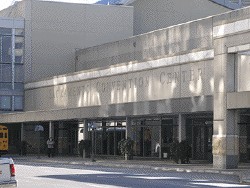 Establishment Wins Round One, Garamendi Stubborn About Race, and City Budget Plays in Governor’s Race

SACRAMENTO – The California Democratic Convention is on full-steam, and so far the Establishment has won Round One. The Resolutions Committee – all appointed by the Party Chair – endorsed a “Yes” vote this afternoon on all six May special election measures. It will be on Sunday afternoon’s consent calendar (when many delegates and the press have left), and a 60% majority of delegates would have to override the endorsements. It will be a tough fight, and most delegates tell me that only Prop 1A is likely to be pulled from the consent calendar. Why? Because strong institutions like SEIU opposes it, and many rank-and-file delegates are sporting green “No on 1A” stickers. We’ll see what happens later this weekend …

Lieutenant Governor John Garamendi is here, and he’s promoting his run for Congress in District 10 – in the special election to replace Ellen Tauscher. But many delegates I’ve talked with agree with my sentiment that he’s picking the wrong district. I confronted Garamendi this afternoon, and told him he should be running in his native District 3 – where he could enjoy solid support from all Democrats. “It’s not gonna happen,” he insisted, “and no arguments that you give me are going to change my mind.”

Garamendi added that if he’s not going to run in the special election, “why don’t I just stay in the Governor’s race?” I didn’t have the heart to tell him he’s not going to win. He’s been running for Governor since 1982, and – to put it bluntly – people just aren’t that into him. Does he really want to turn into California’s version of Roland Burris?

Los Angeles Mayor – and gubernatorial candidate – Antonio Villaraigosa is a “no-show” for this Convention, and he says it’s because the City budget needs his attention. This presents an interesting contrast with San Francisco’s Gavin Newsom, who has been criticized for being an absent Mayor – while the City suffers a monstrous budget deficit that could slash half the General Fund. Villaraigosa’s flak even hit hard against Newsom, by saying “we’re not going to Twitter while Rome burns.” Ouch … that’s pretty harsh against the Mayor, who’s here in Sacramento actively promoting his “Twitter” campaign.

I asked Newsom at the Young Democrats’ caucus, to ask why he isn’t in San Francisco to fix the budget – while his Los Angeles counterpart (who is also running for Governor) is focused on doing his day job. Newsom, who was on his way out of the room, insisted that he’ll have a City budget ready by May 1st – and even implied Villaraigosa was slacking off by being stuck back in Los Angeles.