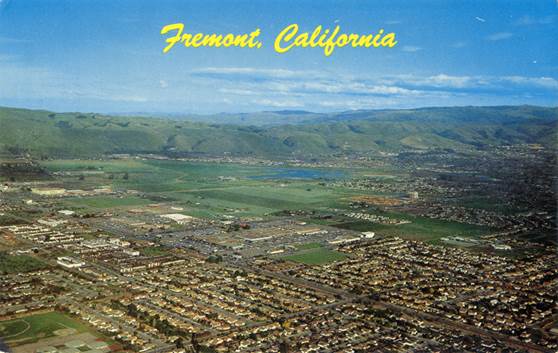 I did a book event in Fremont for Generation Priced Out: Who Gets to Live in the New Urban America on Saturday and it was quite illuminating. Sponsored by the Greenbelt Alliance and League of Women Voters, the audience reflected Fremont’s pro-housing residents—-a group that lost its political majority in recent elections.

Fremont has 240,000 residents and is Alameda County’s second largest city (after Oakland). Yet we don’t read much about Fremont’s affordability crisis because the city has no local newspaper. The Fremont Argus is gone and there is no online news source like Berkeley’s essential Berkeleyside; the city’s weeklies rarely cover housing.

Where do Fremont residents get their news about housing? From campaign mailers, which do not exactly tell the truth. Last November, appointed incumbent Councilmember David Bonaccorsi lost his election as his opponent flooded mailboxes with attacks on Bonaccorsi’s pro-housing agenda. Mailers helped convince many Fremont voters that the city’s traffic problems are caused by new housing—even though studies find 70% of city traffic is from non-residents.

Opponents of new housing claim it will worsen traffic in virtually every city. It identifies them as driven by environmental concerns when their opposition to infill housing actually worsens greenhouse gas emissions. In the Austin door to door canvas I write about in my book, traffic was the top concern. The canvassers explained to people that traffic increased because the city was not building housing; it was the lack of nearby housing that caused workers to drive through Austin to get to jobs.

Canvassing is a great way to dispel myths about city housing and transit policies. But Fremont lacks that method of contact as well as other organizational connections to groups knowledgeable about these issues.

Fremont, like much of Orange County where I spoke the preceding week, also lacks major bus service or light rail. But it has two BART stations which could accommodate new development nearby. And it could install a BRT (Bus Rapid Transit) if voters had a more urbanist vision for what is possible in Fremont.

As Fremont rents and home prices continue to rise (See “The Other Bay Area Housing Crisis,” May 7), the city faces a choice. It can expand affordability by building infill housing, or it can hunker down and follow the path of Cupertino and Palo Alto and limit new construction.

Fremont’s City Council recently updated its Climate Change Planning and Implementation. But promoting infill housing and increasing density was not included. Consistent with this, Fremont has recently approved large land areas for townhouses with two-car garages, and took a fifth floor off a large development on Walnut.

Fremont is not the only Bay Area city ignoring its land use policies when considering climate change. But traffic to and from Fremont is a nightmare.Resistance to infill housing only makes the traffic worse.

City officials claim to want  affordable housing but zoning (and a lack of resources) restricts where it can be built. A planned Navigation Center has hit the type of opposition San Francisco saw at the Embarcadero—a shelter is apparently “too affordable”for nearby residents.

Fremont has a core group of experienced housing and enviro activists that could set the city on a more affordable and sustainable course. The city could go the way of pro-housing Sunnyvale rather than Cupertino, whose mayor wants to build a wall around the city and ask San Jose to pay for it.

It’s a question of political organizing. SB50 could give Fremont a necessary push by opening up its neighborhoods to fourplexes.  The new residents could boost support for other new apartments in the city.

But as it stands, Fremont is like too many Bay Area cities in having taken a wrong turn in its housing policies. And those at my event who talked about being priced out of the city are the unfortunate victims.