FPPC Sues Migden for More Than $9 Million in Damages 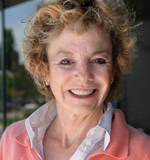 The commission’s filings indicated that Migden’s actions hid the true nature of her campaign accounts from state regulators, potential opponents, the media and the public generally. She failed to report a number of large transactions entirely, while reporting other large transactions which simply never occurred.

“For years, Senator Migden has been deceiving the voters of California by filing inaccurate campaign statements, fabricating the elimination of committees and concealing campaign funds,” said FPPC Chairman Ross Johnson. “The sophisticated and pervasive pattern of deception by her various controlled committees has been ongoing for more than five years.”

Earlier this month, Migden was fined $350,000 by the commission and admitted to 89 violations of the Political Reform Act. During the months-long investigation that resulted in that record fine, the enforcement division also uncovered multiple illegal transfers of approximately $1 million of surplus campaign funds that occurred over several years and were funneled through multiple committee accounts controlled by the senator. Additionally, the investigation found the filing of untrue campaign statements and a pattern of concealment through consistent misreporting of campaign information.

The commission maintains that nearly $1 million in Migden’s 2000 Assembly re-election committee became surplus by operation of law when she left the lower house in December of 2002 and are not legally available for her to use in her current Senate re-election campaign. The surplus funds law has been on the books for nearly 30 years; however, Migden sued the FPPC arguing she should be allowed to use $647,000 of those funds that remain.

“Nothing absolves Senator Migden from her legal requirements to accurately report all of her transactions,” Johnson concluded.

The commission’s counterclaim and the full list of violations can be found on the FPPC website at: http://www.fppc.ca.gov/index.html?ID=507

EDITOR’S NOTE: The California Democratic Party will decide at their Convention this weekend whether to endorse State Senator Carole Migden for re-election.