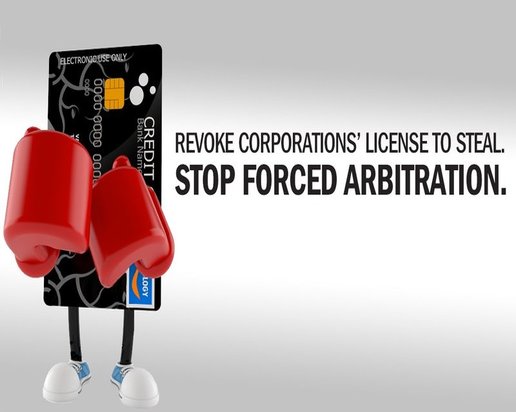 When you start a new job, you expect to fill out a pile of paperwork relating to your employment. What you don’t expect is for your boss to slip in a document that effectively nullifies your rights as a worker and demand that you sign it as a condition of employment. It’s called forced arbitration, and it’s an underhanded practice that’s on the rise.

In California, 60% of workers earn less than $15 per hour. Nearly all of these workers are at-will employees, meaning that they have no guarantee of work and can be terminated any time without cause. In addition, one-third of California workers are immigrants and one in ten are undocumented. These workers — low-wage, immigrant, at-will — are the most vulnerable to exploitation in the workplace. Violations ranging from wage theft to substandard workplace safety to sexual harassment are commonplace in low-wage industries. California’s Labor Commissioner is a last line of defense for workers when they are cheated or abused. The Labor Commissioner’s office can seek justice for these workers.

Problem is, a growing number of workers no longer have the protection of the Labor Commissioner or any other recourse when their rights are violated. Why? Because they signed an arbitration agreement upon hire that took away that recourse and replaced it with a rigged system of arbitration in which an employer pays for its own arbitrators who then hear disputes in private. As you might imagine, this process rarely results in justice for an exploited worker.

Some might say signing away your rights is voluntary. That defies logic. When an employer looks a worker in the eye and says “sign this sheet of paper or you’re not coming to work tomorrow,” there’s no question as to whether that’s coercive. And that’s exactly the situation low-wage, at-will workers find themselves in upon hire when faced with an arbitration agreement they may not even understand.

The use of mandatory arbitration agreements is increasing dramatically. A recent article in the Wall Street Journal reported that the number of companies that use such agreements has risen sharply from 16% in 2012 to 43% in 2014. As they become more common, we are increasingly seeing them in low-wage workplaces, where immigrant workers who may not even speak the language used in the contract are required to sign as a condition of employment. From port truck drivers to retail and restaurant workers to car wash workers to janitors, workers across the low-wage economy are being required to sign away their right to engage in collect action or even just rely on state agencies for help without even knowing they have done so.

At the California Labor Federation, standing up for workers — especially those most vulnerable to exploitation — is central to our mission, regardless of whether those workers are in a union or not. That’s precisely why we’ve sponsored a bill to end forced arbitration, a growing scourge on the low-wage economy.

AB 465 (Hernandez) will provide some basic protections to these workers. It will require that these arbitration agreements be voluntary and not required as a condition of employment. It will require that a waiver of rights be voluntary. Lastly, it will prohibit employers from threatening, retaliating, or discriminating against workers for refusing to sign such a waiver. These are core tenets of contract law and are consistent with the Supreme Court’s direction that such contracts should not be entered into under coercion. And it’s sound policy that protects workers from an abusive practice that’s on the rise.

This is a bill to watch. It passed the Assembly last month and is now being heard in Senate committees. Its importance can’t be understated, especially given the widespread practice of using forced arbitration as a way to cheat low-wage and immigrant workers. In California, we have a history of pioneering measures that protect workers. It’s time for the legislature to lead by ending forced arbitration so that no worker signs away her rights involuntarily.

This piece first appeared in digitaldemocracy.org