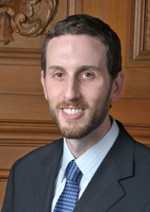 The attack on food trucks has begun. In recent weeks, a Beyond Chron contributor has authored two hits on food trucks, broad-brushing them as junk food and even positing the specious conspiracy theory that they are fronts for the soda industry. They have been attacked as threats to kids and threats to brick-and-mortar businesses.

What food trucks actually provide is food diversity. They bring us food that we may not always find in restaurants. They make it easy and affordable to grab a quick lunch. They activate public spaces. They provide a route to entrepreneurship, including for many immigrants.

And the proof is in the pudding: Food trucks are incredibly popular. You only need to look at the lines of people at Off the Grid and other locations to know that.

Given the positives of food trucks and their clear popularity, why are some people trying to kill them off? While we should take a balanced approach to food trucks and not allow them to run rampant, regulating them to death isn’t the answer.

Since last year, I have been working with various stakeholders to find that balance. I am working with brick-and-mortar restaurants to ensure that food trucks aren’t over-concentrated in just a few places and that they don’t compete unfairly against businesses that have invested heavily in their neighborhoods. I’ve introduced legislation to allow hospital and college campuses to host food tucks if they choose.

And, I am working to reform a well-intentioned but problematic local ordinance that undermines our ability to have an equitable food truck system. About five years ago, out of a desire to shield kids from junk food and to protect the school lunch program, San Francisco banned food trucks on streets within 1,500 feet of public middle schools and high schools. 1,500 feet, on average, is three city blocks. This rather substantial zone was imposed despite the fact that no middle schools, and only a portion of high schools, even allow their students to leave campus for lunch and despite the presence of many stores selling junk food near schools. Compare this 1,500 foot rule to the 1,000 foot distance from schools that we require of pot clubs.

This law, for example, forbids food trucks in a large section of the Mission. By restricting food trucks near schools, the law likely has led to an increase in food trucks downtown and in Union Square.

I agree that food trucks shouldn’t be permitted to pull up in front of schools. Three blocks, however, is excessive. Our schools are part of our neighborhoods. Neighborhoods are mixed use, meaning we have to balance the needs of various stakeholders, including residents, businesses, visitors, and schools. Neighborhood zoning should take into account these broad needs. It should not be designed exclusively around the needs of one stakeholder. Yet that is what the 1,500 foot rule does – place the perceived need to protect kids from food trucks above the needs of everyone else who lives in, works in, or visits the neighborhood.

I am proposing legislation to reduce the distance to one city block, or approximately 500 feet. This change will properly balance our shared desire to encourage kids to eat lunch in the cafeteria and protect the school lunch program with the needs and desires of the broader community and the benefits of having a vibrant food truck scene.

We recently dodged a bullet when a bill was introduced in Sacramento, AB 1678, to impose the 1,500 foot rule statewide and to all schools, including elementary schools and private schools. This proposal would have banned food trucks in a significant majority of San Francisco. The City correctly mobilized against AB 1678, and I introduced a resolution at the Board of Supervisors to oppose the legislation. Fortunately our outspoken opposition paid off, since the author promptly and thoughtfully amended and narrowed the bill, reducing the distance to 500 feet, limiting it to public schools, and grandfathering in local regulations like San Francisco’s.

I am optimistic about the future of food trucks and food diversity in our city. By taking a thoughtful and balanced approach – and avoiding over-reactive policies that place one goal and one need over all others – we can continue to be at the cutting edge of the food scene.

Scott Wiener represents District 8 on the San Francisco Board of Supervisors. Learn more at www.scottwiener.com.