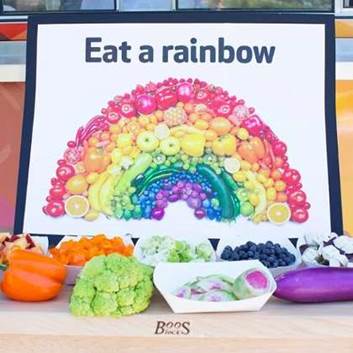 Why can’t we serve delicious, organic, scratch-prepared meals to our public school students? What happened to the “cafeteria ladies” we remember, and that delicious aroma of the bread they baked daily? Last week, the Board of Education likely asked themselves these questions when the majority voted not to extend the contract with Revolution Foods, which has been providing 30,000 daily meals to San Francisco Unified School District students since 2014.

The Bay Area is passionate about healthy food and local produce, so why do we rely on a vendor who mass-produces meals that must be reheated? According to “Free For All,” Janet Poppendieck’s primer on American school food, the changes began with the Reagan Administration’s opposition to the “welfare state.” This included deep cuts in school meal subsidies and increased the divide between the “haves” and “have nots.” Students started stigmatizing the meal program as “food for poor kids.” Some shunned school meals altogether, while others ate them with a side of shame. Participation in the meal program plummeted, and so consequently did subsidies tied to participation, creating a downward spiral.

Congress then began eliminating investments in school kitchen equipment, and aging kitchens fell into disrepair. Like many urban school districts, SFUSD adapted by phasing out elementary school kitchens and contracting out to a company that prepared the meals in Chicago and shipped them, frozen, to San Francisco. At middle and high schools, equipment became inoperable and obsolete, so scratch-cooking was reduced from the majority of student meals to roughly one-third.

The United States Department of Agriculture’s National School Lunch Program now gives school districts a per-child reimbursement ranging between $0.39 to $3.39 (based on income). These funds come with federal, state and local regulations that are rigorously enforced and include a mandated procurement process designed for transparency, fairness and cost-effectiveness – all worthy objectives – but that often takes up to one year.

The SFUSD first procured services with Oakland-based Revolution Foods in 2014, with an option for four one-year extensions. The contract was renewed in 2018 and is eligible for extension (the current contract expires July 1, 2019). Revolution Foods prepares the food in the East Bay, not Chicago, with fresh ingredients that are never frozen. The Board President, who led the majority vote to cancel the contract, said he hears the food sometimes “doesn’t look edible” but admitted he had never eaten it. However, SFUSD students have offered their own moreexperienced assessments. “It’s not luxury food,” one high-school student told the Chronicle, “but, to tell you the truth, the food is actually OK, and some days tastes delicious.”

SFUSD staff is working to reduce the stigma and improve the meal experience for students by redesigning cafeterias to be inviting places, offering universal free meals at over half its schools, offering breakfast in the classroom at the lowest-income-population schools, and offering alternative, healthy meal delivery systems like “grab-and-go carts” and vending machines.

If the Revolution Foods contract is not renewed in July, SFUSD could take up to a year to procure a new school meal provider. In the meantime, some students the most vulnerable students will have to go without. In part due to this dilemma, the Board has agreed to reconsider the contract on May 7. They are now more-aware of the progress that staff and Revolution Foods has made in food quality and access since 2014.

They should also be assured that staff maintains its commitment to working with Revolution Foods to resolve complaints and to use voter-approved bond money to phase in cooking kitchens, including a state-of-art central kitchen that will reduce reliance on outside vendors. Hopefully, the Board will vote on May 7 to extend the Revolution Foods contract, build upon the trajectory of improvement, and make sure that no SFUSD student in the meantime need go hungry.

Libby Albert has over 20 years experience in the field of child nutrition, including 7 years at the United States Department of Agriculture and one year as the Director of Student Nutrition Services for SFUSD. She and her husband raised two children who attended SFUSD schools.