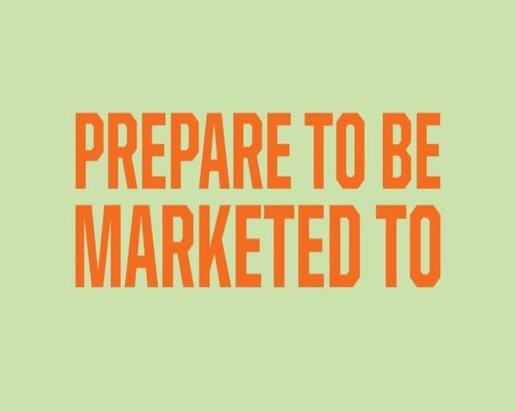 Imagine that a drug company has developed a new medication which cuts the overall risk of mortality by 42%, the risk of cancer by 25% and the risk of heart disease and stroke by 31%.  It also helps overweight people lose weight, while helping others maintain a healthy weight. Unlike most pharmaceuticals, however, this new drug has no adverse side effects and is even safe for children, for whom the long-term preventative health benefits will be enormous.

Too good to be true?  Actually, the “wonder drug” I just described already exists.  It’s called “fruits and vegetables,” and studies have established that if we eat enough of them, we can reap all of the benefits mentioned above.

But the bad news is, our hypothetical drug company — America’s fruit and vegetable growers — are having a lot of trouble promoting their product.  The fast food and processed food industries collectively spend billions of dollars on their advertising, but produce growers, hampered by tight margins, perishability and a decentralized market, are only able to spend a tiny fraction of that amount – about $100 million annually.

And in today’s food environment, even this wonder drug can be a hard sell with consumers.

Processed foods are stripped of fiber and then liberally flavored with salt, sugar and fat to trigger powerful — some would even say, addictive — brain responses. Once someone becomes accustomed to the food industry’s hyper-palatable offerings, fruits and vegetables can, by comparison, really start to seem like medicine to be choked down.

So when I learned that the Partnership for a Healthier America is launching a celebrity-filled, multimillion dollar, junk-food style campaign to promote fruit and vegetable consumption, I was thrilled.

But not everyone feels that way.  Yesterday on Beyond Chron, food advocate Casey Hinds presented her case against the new “FNV” campaign, and I’ve been given the opportunity to respond.  Here are her main points, which I address in turn:

Is It Wrong to Market Even Healthy Foods to Kids?

According to my own conversation with a PHA spokesperson, the FNV campaign is designed to target teens aged 13-17 and adults, not younger children. Nonetheless, the campaign will surely reach young kids and Hinds objects to any food marketing to children.

When she and I debated this issue on Beyond Chron last year, I agreed that marketing to kids is unethical and, like Hinds, I support a ban on such advertising, even for products the processed food industry would like us to believe are “healthy.”

However, I’ve long maintained that any such ban should have one exception, allowing the marketing to kids of “minimally processed fruits and vegetables.” Some would say this is slicing the salami – or, in this case, the zucchini – a little thin, but there’s clear scientific consensus on the importance of eating fruits and vegetables (consensus that’s lacking even for other seemingly healthful foods like dairy.)

So, to my mind, using the FNV celebrities to instill a lifelong fruit-and-veggie eating habit in children is no different than using the Cat in the Hat to promote reading or using Elmo to encourage toothbrushing.  It’s both educational and necessary.  And if a fruit or vegetable grower profits as a result, all the better.

Hinds also objects to the FNV campaign on the grounds that, “Children need to be able to hear their own internal hunger cues, but those are being drowned out by the din of excessive marketing.” She raised this argument in our prior debate, so I’ll give the same reply.

There’s a reason why one of Michael Pollan’s most famous Food Rules is: “If you’re not hungry enough to eat an apple, then you’re probably not hungry.”  We tend to mindlessly overeat highly processed foods but I’ve never once met and adult or a kid who gorges on fruits or vegetables to a degree that’s detrimental to their health. I just don’t see this as a serious concern.

Should We Care That Some FNV Sponsors Sell Unhealthy Products or Have “Unclean Hands?”

Hinds notes that one of FNV’s sponsors is the Produce Marketing Association which, she says, “represents names like Bayer Crop Science, Monsanto, and Sunkist. These corporations are associated with controversies over bees and neonicotinoids, monarch butterflies and glyphosate, and kids and soda.”

Similarly, Hinds is concerned about the participation of Bolthouse Farms because, in addition to selling raw baby carrots, that company also sells what she considers unhealthful products.  She writes, “I can’t stand behind Bolthouse Farms’ juice, coffee, and tea products because they are too high in sugar.  I want to see a reduction in juice consumption, so I have a fundamental disagreement with the companies that promote it.  The controversies with Bayer Crop Sciences, Monsanto, and Sunkist also make me want to keep my distance.”

Let’s put aside for the moment the fact that the Produce Marketing Association represents about 2,500 other growers and corporations besides the three singled out by Hinds — including Earthbound Farm, the nation’s largest producer of organic produce.  The real question here is one of relevance.

The FNV initiative is not a taxpayer-funded public health campaign; it’s for-profit advertising like any other.  And in this country, for better or worse, we don’t require corporations to pass some sort of purity test before we let them promote their products.  If we did so, the environmental degradation, labor exploitation and other troubling practices of some large American corporations would disqualify them from the get-go; that’s certainly true of the world’s most prolific producers and advertisers of junk food, like Coca-Cola and McDonald’s.

So it strikes me as odd that Hinds wants to apply her “bad corporate actor” litmus test here, where the products being advertised are uniformly healthful and the three companies she cites (Sunkist, Monsanto and Bayer) will actually get no marketing boost whatsoever from this effort. If anything, the Produce Marketing Association itself might get a plug, but its real goal, presumably, is just to benefit its collective membership by stimulating overall produce sales.

Now let’s turn to FNV’s corporate partners, like Bolthouse Farms and Sweetgreen, which will get some marketing benefit by being able to use the FNV logo on their products. (The PHA has informed me that no branded products will appear in the FNV ads themselves).  Hinds seems to think these brands are participating in the initiative because they’ll receive positive “health-washing,” the way (to use Hinds’s example) companies like Hershey’s participate in the Healthy Weight Commitment Foundation to insulate themselves from criticism of their sugary products.

But this isn’t a stealth “public health” campaign that obscures its industry sponsors’ true goals.  Indeed, what’s so edgy and eye-catching about the FNV campaign is precisely how openly it trumpets its goal of selling the public something (albeit something it needs) with slogans like “Prepare to Be Marketed To” and “Shamelessly pushing peaches and snap peas onto the public.”

If Bolthouse Farms winds up selling more raw carrots due to the FNV campaign, I fail to see how that success changes the public perception, one way or the other, of its sugary coffee drinks.

One of the FNV Celebrities Also Markets Fruity Pebbles

As noted at the outset, if Hinds and I ran the world, John Cena simply would not be allowed to push Fruity Pebbles on little kids. And I certainly would have preferred that the FNV team had more carefully vetted its celebrities, weeding out any, like Cena, who’ve endorsed unhealthy products. If nothing else, it’s bad PR.

Nonetheless, it’s a hard fact that the food and beverage industries spend almost $2 billion per year to specifically target children with advertising for the least healthy foods.  Even with the Obamas in the White House, an attempt in 2012 to create purely voluntary federal guidelines on children’s food and beverage advertising was decisively crushed by industry, just as similar efforts have been defeated in Congress in the past.

Moreover, as the Reuters news agency once noted in a special report on food industry lobbying and childhood obesity, “At every level of government, the food and beverage industries won fight after fight during the last decade. They have never lost a significant political battle in the United States despite mounting scientific evidence of the role of unhealthy food and children’s marketing in obesity.”

Given this history, I believe celebrities and cartoon characters will be hawking sugary cereals and other junk food to children for many decades to come.  That being the case, campaigns like FNV shouldn’t be painted with the same negative brush as children’s junk food marketing when they are, in fact, a desperately needed corrective to that marketing.

The FNV Campaign Might Be Used to Market Juice

Finally, Hinds is worried that the FNV’s celebrity firepower will be used to promote juices, which contain high amounts of sugar and are not a substitute for eating whole fruit.  On this point, she and I are in complete agreement.

In fact, I was so concerned about the juice issue that I contacted the PHA last week to ask about it and was told that “at this time,” there are no plans to market juice, and that the campaign will be promoting only “fruit and vegetable products – fresh, frozen, canned, dried – that do not contain excessive calories, added sugar or sweeteners, fat or salt.”

It’s my fervent hope, and I know Hinds agrees with me, that the PHA maintains its current position on juice.  While we all need to be eating more fruits and vegetables, the last thing Americans need is encouragement to consume yet more sugary beverages, considered by some experts to be a leading driver of the current obesity crisis.

My bottom line position on the FNV campaign is this:  the standard American diet is horribly skewed in the wrong direction and, as a result, an entire generation of children may have a shorter lifespan than their parents.

That troubling state of affairs is due in part to unfettered advertising for processed and junk foods, and that marketing is not going to disappear any time soon.  Given those realities, junk-food-style counter-marketing to promote fruit and vegetable consumption is not only a good idea for fruit and vegetable growers, it’s urgently necessary from the perspective of public health.

Bettina Elias Siegel is a former lawyer, freelance writer, mother of two and school food activist.  She blogs regularly about children and food policy on The Lunch Tray.