The Another Hole In The Head Film Festival 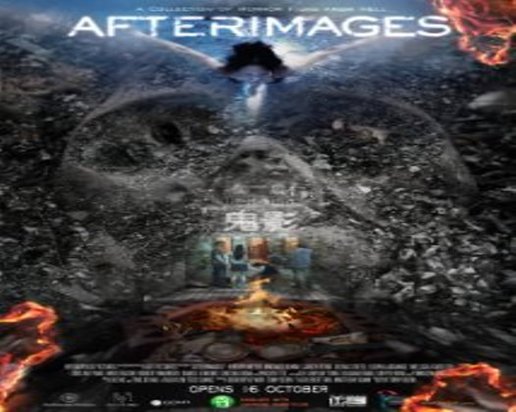 Charles Dickens’ A Christmas Carol reminds us that winter is a time for supernatural tales.  December now means the return of the science fiction and horror offerings of the Another Hole In The Head Film Festival.  The festival’s 11th edition takes place at San Francisco Japantown’s New People Cinema from December 5 to 15, 2014.

Opening the festival on a strong note is Tony Kern’s horror film anthology “Afterimages.”  Five college students on holiday break house-sit a mansion during Singapore’s ghost month.  A camera whimsically burned as an offering to the spirits yields a short film in return.  As the students offer more cameras, they receive more horror shorts from the spirit world.  But what price will they pay for their final short film?

The college students’ story links the four other short tales in “Afterimages.”  Those tales concern:  an Australian voyeur who regrets obsessing over a midnight swimmer; a woman who finds herself haunted by the ghost of the suicide victim she photographed; a group of tourists trapped in an elevator discovering a woman’s terrible secret; and a butcher’s longing for an absent lover leading to a horrifying resolution.

“Burnt Offerings,” the film’s linking story, makes a character’s skepticism unconvincing thanks to a flat performance.  However, once the students decide to claim the spirit world films as their own work, viewers know things will not end well.

The two strongest stories are “Skin Deep” (the elevator story) and “Rekindling” (the butcher tale).  The former nicely ratchets tension amidst concerns whether its mysterious woman is insane or telling the truth.  The latter’s mystery pays off with a finale that delivers unexpected scares.  “Ghost Pool Leg” (the voyeur tale) offers EC Comics-style horror before ending slightly incoherently.  “Xiao Bao Bao” is emotionally weak, but does keep the viewer guessing on its ghost’s goals.

Despite “Afterimages”’ minor flaws, this is still an entertaining kickoff film.

New girl Jennifer gets kidnapped by the mean girl trio of Tara, Mindy, and Pegs.  Tying Jennifer up and abandoning her in the attic of the local “haunted” house, the trio hopes to scar her with a frightening experience.  But the arrival of a mentally disturbed woman connected to the house’s violent past upends the trio’s plan.

Using an iPhone 4s to shoot the entire film provides novelty value.  The story’s restricted setting makes the device’s visual and auditory limitations work for it.

However, the film’s music score undermines its attempts at suspense.  Eye-rolling greets the score’s reliance on familiar tropes from the Heavy Dread-filled Music™ catalog.  The score’s volume also drowns out a possible revelatory conversation.

Even the animal skull wearing killer fails to generate viewer dread.  “Jennifer Help Us”’ only virtue turns out to be its brevity.

The titular joke in Hitoshi Matsumoto’s “R100” depends on the viewer knowing Japanese films are rated based on an ideal viewer’s minimum recommended age.  But only those who followed a two decade-old Cleanflix-based movie diet would call Matsumoto’s film transgressive.

Seekers of provocative entertainment will be sorely disappointed.  A censor’s reactions to the film-within-a-film don’t create meta-commentary moments.  The only humorous sequence that mildly works uses “compromising situation” humor.   Even a lesser Pasolini film would rattle viewers’ cages better.

The film-within-a-film’s unnamed director clearly enjoys his work.  The audience will not.

Ten bar workers and band members traditionally take a Polar Bear dip in the Gulf of Mexico on New Year’s Day.  This particular year, their naked jump into the freezing Gulf waters will be done in style courtesy of a limousine they hire at 4 AM on New Year’s Day.  But what seems at first a stroke of incredible luck turns into an odyssey of absurd fights and surviving the freezing Alabama night.

Using oral recollections from the story’s actual participants as well as dramatic onscreen re-enactments fits Kennedy and Rosentrater’s conceit of recounting the adventure as both a bizarre campfire tale and the ultimate barroom tale.  However, that illusion gets shattered by hearing one participant’s recollection sound literally phoned in.

Having such a large cast of subjects does lead to a blurring of participants’ identities in the viewer’s mind.  Fortunately, keeping straight who’s who ultimately proves less important than hearing about what leads these friends to fool a news crew, tongue a grandmother, and even deliberately ask for a black eye.  The appeal of “Limo Ride” doesn’t come from looking for deep insights into the bad behavior of party very hearty types.  Rather, it’s the pleasure of wanting to hear What Happens Next and not really caring how much of the events recalled is true and how much true-ish.

Readers who complain “Limo Ride” doesn’t qualify for inclusion in this fantastic genre festival are off base.  The scintilla of doubt raised by the misadventures of the film’s subjects puts Kennedy and Rosentrater’s film at fantasy’s outer edge.

Tags: another hole in the head