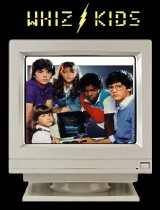 The slang term “whiz kids” both praises and distances the children referenced by the term. There is admiration for these kids’ precocious intelligence. Yet there’s also an awareness of the intellectual distance between these kids and those of average intelligence. The miracle of local filmmaker Tom Shepard (who Beyond Chron interviewed in a recent article) and Tina DiFeliciantonio’s “Whiz Kids” is that the documentary gives equal due to both its subjects’ scientific research and the personal challenges that dominate their lives.

Ana Cisneros, Harmain Kahn, and Kelydra Welcker are the titular high school whiz kids. Ecuadorian-American Ana is a fiercely competitive botanist who comes from an ethnic community largely absent from the winner’s circle of elite science contests. Pakistani-American paleontologist Harmain is determined to show he can rise above a marginal family background of father abandonment and being raised on food stamps and money from scavenged aluminum cans. Environmental scientist Kelydra hails from West Virginia, a state under-represented in science competition winner’s lists. Yet her project challenges the interests of Du Pont Chemicals. That company is both her community’s largest employer and the source of her father’s pension.

The crucible that melds these three teens’ personal struggles and their scientific research is the Intel Science Talent Search. Formerly known as the Westinghouse Science Talent Search, this intensely competitive Super Bowl of high school science project competitions provides $100,000 to the grand prize winner. Out of something like 3,000 nationwide applicants, only 40 are chosen as finalists.

The kids’ odds against success are daunting from the start. None of them attend magnet schools specializing in elite scientific study. Yet that reality doesn’t daunt their determination to obtain hands-on practical experience. Kelydra used her homemade lab to study water samples and invent a method of removing C8 from water. Harmain persistently approached paleontologist Bonnie Blackwell, Ph.D. until she took him on as an assistant. To work on her botany studies, Ana traveled from Long Island, New York to Fort Collins, Colorado.

Shepard and DiFeliciantonio get sufficiently intimate with their subjects that they capture Ana’s, Harmain’s, and Kelydra’s fears and desires regarding the Intel-sponsored contest. Ana fears failure to win the contest would end both her dreams of being a scientist and affording college. Harmain sees the talent search as the ultimate test of his self-worth. Kelydra wants to have her research publicly recognized.

“Whiz Kids”’ does deal directly with the contest’s class and political issues. A conversation between Kelydra and her best friend mentions the resources Manhattan’s Stuyvesant High School makes available for students interested in competing in the Intel contest. Those resources are far beyond what the viewer sees of the school science labs in Kelydra’s area.

The filmmakers don’t shy away from depicting the stresses of the Science Talent Search competition process. Given the odds, a failure to make the final cut is far more likely than not. That knowledge does not makee seeing the image of hopes dying in a person’s eyes any less painful to watch. But that pain is balanced by parental loving support.

Ironically, “Whiz Kids” shows the Intel Science Talent Search administrators definitely try to balance their sympathy for the students with their determination to administer the contest as fairly as possible. Viewers watch contest personnel wait until one minute before midnight to receive a last minute application. Contest judge Philip Deshong discusses the difficulty of judging a contestant’s sense of wonder. The questioning on areas outside a finalist’s expertise may seem unfair. Yet that approach makes sense. In science, knowing how to question and speculate when you don’t have the answers matters just as much as having a ready answer to a problem.

In that regard, Kelydra, Harmain, and Ana display different potentials as scientists.

Kelydra, the West Virginia teen, is both an altruist and believer in science’s beneficial power. To her, the science that polluted her town’s water with teflon by-product C8 can also find a solution to purify the water.

Harman, the Pakistani-American, represents the ambitious scientist. His electron spin resonance discovery may have expanded by a factor of 500 the chronological range of fossil dating techniques. But it’s a means to his ultimate goal of personally validating his worthiness to study science or other complicated fields.

Ana, the Ecuadorian-American, reflects the changing demographics of the scientific practitioner. Her fierce competitive drive provides a living rebuttal to the Lawrence Summers of the world regarding the scarcity of women (and Latinos and African Americans) in college science studies.

Shepard and DiFeliciantonio’s documentary will never be mistaken for the equivalent of the TV news anchor’s empty and uncomprehending admiration for a Science Talent Search finalist’s project. The filmmakers explain their subjects’ projects in botany, paleontology, and environmental science in easily understandable animated segments. Enough detail is given so that lay viewers can comprehend both the central idea behind the project and the importance of the achievement. Altering root growth patterns, for example, could allow plants to concentrate less on competition and more on individual growth.

The filmmakers’ approach ultimately returns scientific study to the realm of an art practiced by humans. To study science is to prize curiosity, such as Harmain’s wondering what dinosaur enamel tastes like. But such study also accepts that certainties need to be questioned if it will lead to a better understanding of the universe. Kelydra’s discovery wouldn’t have happened had she taken Du Pont at its word about the company’s water purification efforts.

Other documentaries would stop at that point. “Whiz Kids” goes further by asserting that in science, intellectual curiosity’s partner is emotional passion. Whether it’s caring about the importance of one’s research or the ability to bounce back after a failed experiment, that passion gives meaning to often time-consuming and highly detailed work. Here’s to creating future whiz kids.

(The “Whiz Kids” website (www.whizkidsmovie.com ) may have information on setting up future screenings of the film in your community.)