Favoring Tenderloin Drug Dealers over Families is Not Progressive 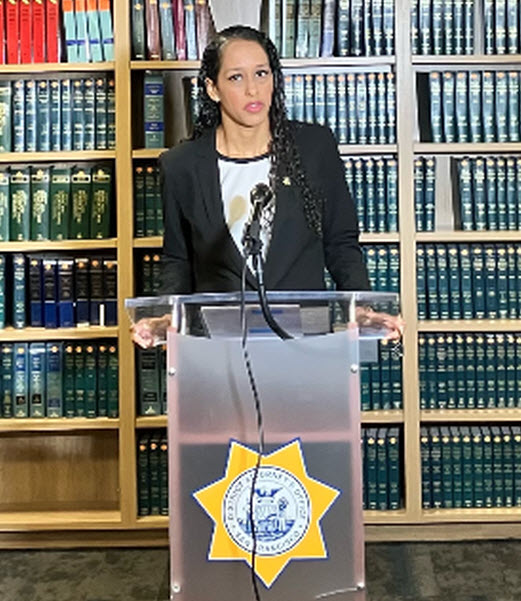 “The plea offer withdrawals and new policy guidelines are all but certain to be blasted by public defenders and progressives.” SF Chronicle, August 3

When did it become “progressive” to favor drug dealers over the safety of low-income families, seniors and the Tenderloin’s working class? I recently wrote how the Tenderloin’s “war on the poor” is driven by dealers of lethal drugs, not by police arresting  dealers.

Some elected officials will go to the mat to stop the displacement of low-income tenants and the gentrification of neighborhoods. That’s great. But these residents also need to live in safe neighborhoods.

I’ve always felt the progressive strategy should  be to help these residents. Why fight to keep the working-class in the city if they are unsafe walking in their neighborhood?

Progressives must fight to ensure that those living in affordable units in non-gentrified communities feel as safe walking to and from their homes as residents in affluent communities. In fact, anti-gentrification progressives should be leading the campaign to protect the working-class Tenderloin; instead, some insist that arresting drug dealers—the ones generating fear, violence and death—is the problem.

What San Francisco discovered last week about the reign of DA Chesa Boudin was shocking. And I say that as one who regularly criticized Boudin for disregarding Tenderloin residents and workers.

We learned last week (first reported in in the SF Standard) that the Boudin administration did not obtain a single conviction for dealing fentanyl in all of 2021—despite a massive number of arrests for selling the lethal drug.

A single misdemeanor for being arrested six times for selling deadly drugs?

And selling this deadly drug in a community of color plagued by overdoses?

How many people overdosed because Boudin kept sending this dealer out to the streets?

Last week established the causal connection between Boudin’s policies and the overwhelming number of drug dealers who opened business in the Tenderloin during his tenure.

People always ask why drug dealers flocked to the Tenderloin under Boudin. We now know the main reason: they knew they could keep getting arrested and never face felony charges.

Or face any conviction at all.

Many Boudin backers are in denial. They talk “war on the poor” and “mass incarceration” to support  policies that allows drug dealers to wage war on the city’s largest and last remaining low-income community of color.

Jenkins also announced that dealers with more than five grams of fentanyl will no longer be referred to community justice court. That court was designed for users to avoid jail, not to protect fulltime drug dealers.

I’m curious where Supervisors stand on arresting fentanyl dealers. Supervisors Dorsey and Safai have publicly backed the new District Attorney’s plan. I assume Supervisor Stefani does as well. Supervisor Ronen says she wants dealers stopped in her district because she doesn’t want the Mission to become like the Tenderloin—does she support misdemeanor or felony charges against fentanly dealers arrested multiple times at 24th and Mission? Her constituents deserve to know.

New Tenderloin Supervisor Dean Preston retweeted a story last week quoting former SF DA and current LA DA George Gascon saying that his experience showed arresting dealers in the Tenderloin doesn’t work. Gascon has apparently forgotten his own history. As SFPD Chief in 2009 he used mass arrests to virtually stop open drug sales in the Tenderloin. His strategy was a huge success until the Public Defender and Sheriff demanded he cease making arrests. Under pressure, Gascon gave up his successful plan and allowed the Tenderloin to return being a drug containment zone.

Preston remains a strong backer of Boudin’s failed approach. I await hearing his own strategy for removing drug dealers from the Tenderloin.

Supervisor Gordon Mar got a huge break from Chesa Boudin’s decision not to run this November. The last thing Mar needed was an active DA campaign reminding D4 voters that he opposed the recall and backed Boudin. Mar still has a problem on the DA issue—rival Joel Engardio has long pushed for a crackdown on fentanyl sellers and I assume Leanna Louie supports Jenkins’ stance. I do not know Mar’s position on the DA’s new policies.

The SFPD Must Do Better

Brooke Jenkins is saying and doing everything a District Attorney can to combat open drug markets. But she needs the police to step up. While the SFPD leadership backs more beat cops and police visibility in the Tenderloin, trying to find an officer walking down a neighborhood sidewalk often feels like a game of “Where’s Waldo.”

Last week I did a television news interview where I noted that just prior to the reporters arriving I saw 6-8 officers walking up Hyde. I said it was the most I’ve seen in two years. But when I went to the 300 block of Hyde less than two hours later I saw the usual dealers selling on both corners of Eddy.

That tells me the police are not implementing an effective strategy for clearing out and disrupting open markets. The SFPD command recognizes that just temporarily moving dealers to the next block is not a solution. But that’s what’s been happening.

A few areas have marginally improved. But the area on and around the 300 block of Hyde remains as bad as ever. Dealers are still easily spotted having lunch and hanging around outside businesses with no police intervention.

Why do the police allow these open lunch distributions to dealers?

In 2014 Mayor Lee, not Chief Suhr, got the SFPD to clear out the longtime open drug market on the first block of Turk. Lee ordered the Chief to assign two officers 24-hours a day to clear the block. The strategy succeeded. While there was an incremental increase in dealing in other parts of the Tenderloin, the neighborhood saw an overall reduction in dealers.

In 2017 the 400 block of Turk became a drug dealer containment zone. Urban Alchemy’s arrival in summer of 2021 has made that block one of the neighborhood’s safest. Once again, the police were consistent in denying ousted dealers the right to return.

The magnitude of Tenderloin dealers has since increased exponentially. That should require the SFPD to return to the successful policies of the past—consistent police visibility over time.

If the SFPD won’t implement what needs to be done,  Mayor Breed must take control.

Tenderloin residents and workers have suffered far, far too long with drug dealers overrunning their community. They deserve to see open drug markets closed now. With a strong DA eager to hold dealers accountable, the SFPD must join with Brook Jenkins to end this crisis.

Randy Shaw charts the Tenderloin’s fabled history in The Tenderloin: Sex, Crime and Resistance in the Heart of San Francisco.