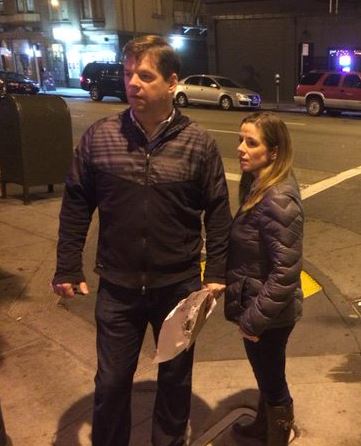 Mark Farrell has increased funding to battle homelessness and Aaron Peskin has won many vital government reforms. But both are now backing ill-advised November ballot measures that will not help San Francisco.

Farrell’s proposal seeks to ban camping on public sidewalks, even though city law already prohibits this.  Peskin’s plan unites three very different mayoral departments (the Mayor’s Office of Housing and Community Development, the Office of Economic and Workforce Development, and the Department of Real Estate) under a new Housing and Development Commission. Peskin’s motive in creating the Commission appears less due to sound policy and more  because he sees it as a bargaining chip to stop an unrelated realtor-backed ballot measure impacting nonprofit housing.

Seeking to harness public anger over camping (and to help moderate candidates in November), Farrell’s proposal does nothing to reduce camping and will likely boomerang in the short run by encouraging it. The initiative allows the city “to remove an encampment, as long as its residents are given 24-hour written notice and the offer of a shelter bed or other form of housing.”  Enforcement is tasked to the Health, Public Works and Homelessness and Supportive Housing departments.

I agree with Farrell that camping on sidewalks is “inherently unhealthy, incredibly dangerous.” But current law already prohibits camping. Farrell’s measure actually weakens current anti-camping restrictions by imposing a 24 hour written notice requirement that the police currently do not need before rousting an encampment.

Even worse, Farrell is sending  the false impression that the city cannot close down current encampments without this initiative. Even the police may assume from the measure that they shouldn’t break up encampments until voters have spoken.

That’s why I say the proposal  will likely have a boomerang impact through November by  encouraging people to pitch a tent on the sidewalk because law enforcement and campers will mistakenly believe camping is legal in San Francisco.

It really makes no sense to have the Health Department and new Department of Homeless enforcing laws against encampments. This puts city staff in both departments at physical risk.

Farrell understands homelessness, so why promote the foolish and counterproductive measure? Politics. The city’s so-called “moderates” are understandably frustrated by progressives’ claims that people have a right to camp unless sufficient housing or shelter space exists. Farrell and others see the initiative as reaffirming that voters  back closing encampments, even though San Francisco has been dealing with homelessness too long to need such “messages.”

Farrell’s measure diverts focus from the real solutions to homelessness, and should be opposed by all sides of the encampment issue. If Farrell is unhappy at the lack of enforcement of laws against camping, a public hearing on that subject would be far more productive than yet another divisive ballot measure.

Peskin’s charter amendment to combine three very different agencies ((the Mayor’s Office of Housing and Community Development, the Office of Economic and Workforce Development, and the Department of Real Estate)  under a new Housing and Development Commission will be heard by a Board committee on June 30.  Its chief purpose is as a bargaining chip to get the Board of Realtors to withdraw their ballot measure requiring competitive bidding for nonprofit housing developments.

Peskin makes no secret of his attempt to preempt the realtors measure by including this provision in his charter amendment: “The rules would supersede any ordinance, rule, process or regulation enacted by the City or adopted by the voters before March 1, 2017, relating to a competitive bid process for the City’s development of affordable housing.”

In other words, a victory by this charter amendment would render void an election victory for the realtors’ competitive bidding measure.

Peskin is known for this type of clever pro-active move  but in this case the Realtors do not care if these agencies are merged. Nor do realtors care that Mayor Lee and his staff oppose the new commission, having already shown disregard for the mayor by strongly opposing Ellis Act reform in Sacramento.

The Realtors’ competitive bidding measure sounds good—who can be against competitive bidding?—but it does not address the core problem with excessive affordable housing costs: the excessive time delays for financing that drive up project costs. Nonprofits already compete against each other for sites, but even the best have to pay more than private entities due to funding delays.

Good policy, not retaliatory politics, should drive San Francisco’s future. The Realtor’s initiative is a bad idea that will likely lose in November.  Peskin’s charter amendment is not needed to bring this defeat, while the presence of Peskin’s measure on the ballot will bring in a lot of opposition resources that might hurt other progressive candidates and causes.

Let’s no go there. The Tenderloin and other neighborhoods have made too much progress through the outstanding work of the Office of Economic and Workforce Development to have it screwed up as a political bargaining chip.  Peskin and his nonprofit allies should challenge the Board of Realtors to go forward with their foolish measure, as it creates a great opportunity for a campaign to dispel falsehoods about the costs of affordable housing.

The wily Peskin can figure out another way to hold Realtors feet to the fire without this proposed charter amendment; the June 30 hearing on Peskin’s measure is  a good opportunity for opponents of the realtors measure to be heard.