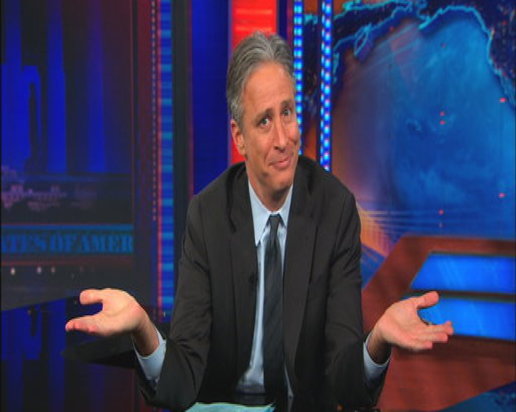 Tonight is Jon Stewart’s last show. Once a leather jacket wearing hipster from the stand-up comedy counter-culture, Stewart rose to become someone who many see as the conscience of America.

He will be sorely missed.

Stars come and go, and in show business there is always the next new thing. But Jon Stewart is special. He has a depth all too rare in the talking head world of cable news, and was also able to secure a mass audience (something other thoughtful progressive analysts like Rachel Maddow have not done).

On issue after issue, Stewart’s critique became the most penetrating. He was so insightful that choosing a single episode as his “best” is pointless. My favorite remains his destruction of CNBC’s Jim Cramer in March 2009 over the financial shenanigans that nearly brought down the U.S. economy. That two-part interview brought the moral and ethical implications of the financial industry’s rip-off of average Americans home in a way that had not been done before. It showed Stewart’s skill at evoking the human impact of social policies, something most politicians are unable to do.

No cultural figure in the Internet era has approached Stewart’s political influence. He may be the most politically influential comedian in history.

Consider those commonly identified as Stewart’s predecessors. Neither Lenny Bruce nor Mort Sahl found mainstream popularity. Richard Pryor’s mass success came from apolitical films, not as much from his highly political stand-up routine (during apartheid, Pryor said on the Tonight Show that blacks in America should stop shooting each other and instead go to South Africa and shoot white people). A true comic genius and social critic, Pryor never had Jon Stewart’s broad political influence of.

It has long been said that young people are more likely to get their news from the Jon Stewart show than from a daily newspaper. And for those who share Stewart’s politics, this was great news. Given newspaper circulation stats for those under 35, this claim is probably correct.

With Stewart gone, where will those once dependent on his information stream get their news? Wherever they go, it will be to a source likely less trustworthy and perceptive than Jon Stewart.

Unlike CNN’s news shows, Stewart never felt compelled to give the “other” side of the story. He recognized that there is no legitimate “other” side on issues like climate change, unjustified police shootings of blacks, and growing inequality.

But Stewart also recognized that news had to entertain. One reason MSNBC’s ratings are in the deep dumps is that viewers feel like they’re watching a politics lecture. Its hosts fear that laughing like Stewart does will undermine their credibility as news hosts, when it would make their shows less of a civics lesson.

Stewart is a white man, like the vast majority of prime time scheduled talk show hosts since television began. But despite wearing a suit each night, he always had a counter-culture persona that other hosts lacked. Check out his appearances on the fictional Larry Sanders show and you may find yourself amazed that the Jon Stewart you are watching became a national star.

What differentiates Stewart is that he was mainstream—a straight Jewish comedian from the East Coast with a wife and kids—yet was perceived by his audience as an outsider. In contrast, Stephen Colbert, who got his big break on the Daily Show and came closest to reaching Stewart’s influence, was a bit too unusual to achieve Stewart’s mainstream impact.

Trevor Noah, Stewart’s successor, is not a homogenous choice. But he is too far outside the U.S. mainstream to have Stewart’s political influence. Noah also faces the challenge that if he starts making fun of FOX News as Stewart did, people will accuse him of simply copying his predecessor.

If anyone could approach Stewart’s political and cultural impact it would be someone like Tina Fey or Amy Poehler, both of whose careers have taken them far beyond the job of talk show host. Or it will be someone as little known as Stewart was when he began the Daily Show in 1999.

Can we survive a 2016 election cycle without Jon Stewart’s commentary? We have no choice. Ideally, a major television network makes him an offer to be their chief news anchor at a price he could no refuse. But Stewart most likely chose this moment to end the Daily Show because he did not want to do another presidential election cycle, so we probably have to get through November 2016 without him.

Thanks Jon Stewart for all you have done to further justice, fairness and humor in the world. Despite all of your past shows being available online, you will be missed.