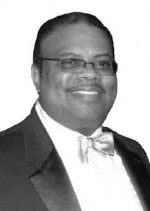 On March 11, the Los Angeles Times ran a front-page story by reporter Paul Pringle on a political corruption scandal in San Francisco’s Bayview-Hunters Point. The story raised questions about James Bryant, a longtime community power broker. In 2007, Bryant worked full-time for MUNI, earning $68,000. But he also received $117,000 as San Francisco President of the A. Phillip Randolph Institute (APRI), a position which his son told the Times was not full-time. APRI even paid Bryant $16,000 in rent for his home in 2007, as Bryant claims that 75% of the home is used for the nonprofit. Bryant also chairs the Political Education Committee for SEIU 1021, which in 2007 reimbursed him about $10,000 for expenses. Bryant’s SEIU connection brought Pringle to the story, as he recently won an award for investigating SEIU’s corrupt former LA president Tyrone Freeman. But Bryant’s use of the nonprofit APRI as a conduit for receiving campaign funds from PG&E, Lennar, and the Willie Brown Administration is the real story here, which also raises questions about Mayor Newsom’s hiring of the former head of APRI to a top position in a citywide jobs agency. All of these shenanigans escaped notice of the San Francisco Chronicle, which instead is trumpeting the renaming of Third Street to honor our former mayor.

When I saw that the lead story of the March 11 Los Angeles Times was an expose of James Bryant, I was surprised. Not by the allegations; rather, the Wall Street Journal was planning its own major expose of Bryant and I was surprised the Times beat the Journal to the punch.

I was not surprised that the Bryant story was not in the San Francisco Chronicle, whose future demise is being bemoaned for allegedly “dooming” investigative journalism. The Chronicle wouldn’t touch an article that makes both PG&E and Lennar look bad with a ten-foot pole, and the Bryant scandal could unravel longstanding political corruption in Bayview-Hunters Point that the Chronicle has largely ignored.

(The Journal is apparently planning a much bigger story on Bryant that it will use to undermine congressional support for the Employee Free Choice Act (EFCA).)

Here’s the way that Bryant and APRI play politics.

Since 2005, PG&E has contributed about $290,000 to APRI. This money helps pay the group’s salaries, and APRI has been a vocal backer of the utility giant’s opposition to anything that brings the city closer to public power. Pringle reports that a PG&E contractor, TRC, has also paid APRI for community relations work regarding the dismantling of the old power plant at Hunter’s Point.

Pringle found that Lennar has also delivered tens of thousands of dollars to APRI, in their case to promote its redevelopment plans for the area. Bryant was a powerful “community advocate” for Lennar’s June 2008 ballot measures, and tried his best to sink the community benefits agreement that labor and some community groups ultimately hammered out with Lennar.

Bryant told Pringle that APRI is simply getting funding for voter registration of African-Americans, to publish community newsletters, and for advocacy of “green jobs.”

But Pringle found that, while APRI’s website claimed the group had been operating for ten years, that it did not receive its nonprofit tax exemption until 2006, retroactive to its 2005 incorporation.

And here’s the best fact of all: Bryant received one of APRI’s two largest salaries while also serving as president of the group’s five-member Board of Directors.

I guess that explains why the Board did not oppose Bryant getting $117,000 plus 75% of his housing costs paid for what his son concedes is less than a fulltime job working for APRI.

Because Pringle is a Los Angeles-based reporter whose main target in the story is SEIU — which he describes as “scandal-clouded” — he does not fully address APRI’s longstanding patronage relationship with politicians and corporate interests seeking control over Bayview-Hunters Point.

He does note that in 2002, the San Francisco Housing Authority (SFHA) paid APRI over $50,000 to register voters and hold community events. Left unsaid was how the cash-strapped agency could have afforded such expenditures, in whose political interests they were made, and who controlled the political messaging.

Recall the SFHA’s early voting to benefit Willie Brown’s 49ers Stadium Project in 1997, which involved setting up polling booths at the projects but nowhere else in the city. One can likely conclude that the agency’s 2002 contributions to APRI also served the Mayor’s agenda.

And Pringle only hints at Bryant’s close ties to the Newsom Administration, noting that Guillermo Rodriquez, the former executive director of APRI, refused to be interviewed for the story. Rodriquez was hired by Mayor Newsom to run a job training and employment program known as City Build, which could potentially refer clients to projects funded by Lennar and other APRI donors.

I fully understand why Rodriquez did not want to be interviewed about his work with APRI and Bryant. But,in light of the allegations surrounding Bryant, the city attorney or someone else from the city should be questioning what Rodriquez knew and when he knew it.

Bryant has bragged that Dwayne Jones is “his guy.” Jones formerly headed the Mayor’s Office of Community Development, and has been Newsom’s point man in Bayview. The mayor set him up with a $3 million “Communities of Opportunities” organization that has been revealed to be one of the worst boondoggles of the mayor’s administration.

The bottom line is clear: James Bryant has played a major role in Bayview politics through alliances with Mayors Brown and Newsom and with powerful corporate interests. All the while he was holding down a fulltime city job in addition to his $117,000 salary and $16,000 housing alliance for heading a small nonprofit where he heads the governing Board.

It should not have taken the LA Times to finally bring Bryant to justice.

Before the city moves to rename Third Street after Willie Brown, let’s get to the bottom of the role his administration played in setting up Bryant and others who profited handsomely from public and private contributions to APRI.

Back in the 1920’s, my old high school in Los Angeles was built as “Warren G. Harding” – but had to be renamed “University” after the Teapot Dome Scandal. We should not create a “Willie L. Brown” street until more of the facts are in.