Ethics Charter Amendment to Put Teeth In Policing of Elections 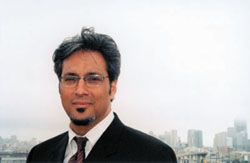 Supervisor Ross Mirkarimi’s recently passed charter amendment to allow the Ethics Commission the ability to develop their own budget could do a great deal to improve the accountability of donors and politicians in local elections. The Commission, which primarily concerns itself with enforcing campaign finance law, has become well known in political circles for waiting until as late as 3 years after campaigns end to audit their finances. Developed on the heels of a civil grand jury report that found the Commission to be woefully under-funded, the amendment would pry the budget-making process away from the Mayor. This would likely inject a healthy dose of funds and staff into the body, and with almost unanimous support on the Board, has a solid chance at happening this November.

Voters established the Ethics Commission in 1993 as a way to administer a chunk of the Fair Political Practices Act, which put a wide variety of restrictions on campaign practices and donations. Yet despite its important role, city officials never funded it properly, for what some see as obvious reasons.

“It’s pretty easy to see why a it’s tough to get a people being overseen by an agency to fund that same agency,” said Green Party activist Marc Salomon.

As it stands, the mayor develops the Commission’s budget along with the rest of the city’s finances. The amendment would allow the Commission itself to set its funding levels, with their proposal then heading to the Board of Supervisors for approval. The Mayor would still be consulted during the process, but would not have final say on its confirmation.

As part of the budget-making practice, the city controller would be required to conduct a study of comparable jurisdictions with similar mandates to discover a reasonable level of funding for San Francisco, and to help ensure outrageous proposals don’t reach the Board.

Finally, the amendment would also grant the Commission the legal right to serve as independent council to the city should the City Attorney face a lawsuit, providing another layer of accountability for the city’s actions.

“If we really are serious about the Ethics Commission having teeth, then this is the right charter to help insert those teeth,” said Mirkarimi, who said he developed the charter amendment because he felt the current way of funding the Commission “continues to hobble and handicap” it.

Should the amendment pass, good government advocates hope to see a variety of immediate improvements, starting with as much as $1 million in additional funding and as many as 7 new employees.

The only opposition to the amendment from the Board came from Supervisor Sean Elsbernd, a Newsom appointee likely trying to protect the Mayor’s power. Elsbernd argues that the Board is just as political as the Mayor, despite 11 diverse voices on the Board rather than a single perspective. Elsbernd also claims that the Commission’s current level of funding already stands as comparable to other city’s.

“We have a whole lot of people and committees to oversee in San Francisco,” said Salomon. “Every Democratic Club and community group is a committee. You get 90 supervisorial candidates during election years, all kinds of people running for the three central committees. Our low population is countered by our fact that we got a high amount of politically active people. So for the Commission, work is high, funding low – this amendment will give us some harmony.”