Ending Homelessness—And Other Predictions for 2021 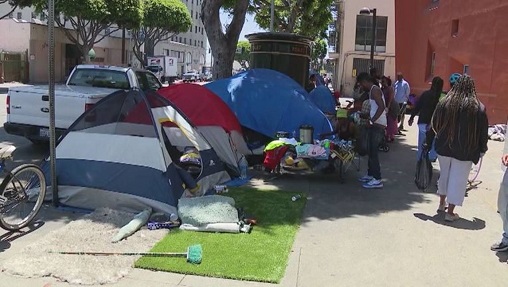 (Editor’s Note: This was originally published on January 5. Democrats have since won control of the Senate. Bernie Sanders and Sherrod Brown—both strongly pro-housing progressives— will now chair Budget and Banking respectively. This development  strengthens my predictions about ending homelessness).

2020 was worse than anyone imagined. But Joe Biden will be America’s President on January 20 and the pre-pandemic world should largely return by year’s end. Here’s why there’s reason for optimism in 2021.

It took a pandemic but 2020 represented the largest new federal commitment to reducing and preventing homelessness since the crisis began in 1982. FEMA-funding housed thousands, the Center for Disease Control imposed an eviction moratorium, and there was more national concern expressed about tenant displacement than ever before.

2020 powerfully confirmed what supportive housing advocates like myself have argued for decades: if you offer affordable housing to those on the streets or in shelters they will overwhelmingly embrace it.

California Governor Gavin Newsom’s Project Homekey is a good example. The program used $750 million in federal Coronavirus Relief Fund dollars and $96 million in state and philanthropic funds to acquire 94 projects with 6029 units for the unhoused. The average total cost per unit was $147,974.

Why do I predict a massive federal housing funding increase under Biden? Because as I wrote in November (“Housing Advocates: Seize the Moment!”), for the first time under a Democratic President we have a national mobilizing campaign in place to dramatically boost housing funds. Such a campaign was not in place in either 1993 or 2009, the first year of the Clinton and Obama budgets.

Led by over 1500 groups associated with the National Low Income Housing Coalition, the coalition just won $25 billion for rent relief in the stimulus package as well as extending the eviction moratorium. I foresee this coalition having similar mobilizing success with the President and Congress in securing funds to start the process of ending homelessness this year.

America has never begun the process to end widespread homelessness. And housing all of the unhoused can’t happen overnight. Even if President Biden’s universal Section 8 program is enacted—which would be a huge step forward—in high-housing cost cities like Los Angeles, San Francisco, and Seattle the available housing supply does not exist (there is a limit to the number of hotels that can be leased or purchased for the unhoused).

The development timeline from site acquisition to occupancy means it could take until 2027  for the nation to finally end widespread visible homelessness. But the numbers of unhoused will be sharply reduced each year until then. Cities like San Francisco whose voters enacted local funding streams (Prop C) could move even more quickly.

But I predict America in 2021 finally starts the path to resolution. Activists are ready to make this happen with Biden’s first HUD budget. I also see strong support for Biden’s extending a loophole-free eviction moratorium to prevent millions more becoming homeless.

I’ve led an organization focused on eviction defense for forty years. Never have I seen more public support for prevention. That’s one reason I hope to spend 2021 stopping Ellis Act evictions in California; the targeting of elderly longterm tenants and working families by speculators has made our homelessness and affordability crisis much worse. And these tenants have been left completely unprotected by federal, state and local eviction moratoriums.

After the last two Democratic Presidents quickly disappointed progressives it may seem odd that I feel  positive about Biden’s first year. But here’s the difference: Biden inherits the Trump nightmare. He will draw plaudits just by restoring all of the policies left by President Obama at the end of 2016.

I can foresee some immediate disappointments but most Democrats  will be thrilled to see the reinstatement of the 2016 status quo. Progressive dissatisfaction with Biden will not spread widely this year.

The media loves promoting discord among Democrats. Expect coverage of every utterance by West Virginia Senator Joe Manchin criticizing progressive Democrats; we will hear about moderate “revolts” against Speaker Pelosi and if Democrats take the Senate against Senator Schumer as well.

The so-called “moderate” position will always be treated most favorably by major media—you can take this prediction to the bank.

I predict Speaker Nancy Pelosi will be primarily blamed for any failures in Congress to pass progressive measures. She always is. This pervasive but misguided analysis ignores that Pelosi is the nation’s most powerful progressive politician. And that she is most progressive among Democrats’ House and Senate leadership.

Pelosi has proved time and again—as recently as winning $25 billion in rent relief after getting the House to pass the $100 billion Heroes Act in May—that she delivers for progressive constituencies. Yet she is relentlessly criticized from the left on social media (as recently as Sunday, when AOC and “the Squad” were attacked as the #FakeSquad for supporting Pelosi’s re-election as speaker).

After San Francisco’s Mayor Breed issued the nation’s first Shelter-in-Place order on March 16, 2020, did anyone foresee we would still be battling the pandemic a year later? Personally, I was focused on getting copies of the soon to be released paperback edition of my book Generation Priced Out up to Portland in time for the April 2 start of YIMBYtown. On March 10 the conference added former HUD Secretary Julian Castro as a keynote so I assumed that the event could still happen.

Yes, I was naïve. I should have realized we were dealing with a health care pandemic and Donald Trump was in charge.

Even Anthony Fauci cannot predict the pandemic’s end and I do not expect post-pandemic America to return before fall. Indoor dining and the reopening of bars and entertainment venues may happen before then (such venues have remained open in Texas and other states) but the revival of tourism and a full recovery will take more time.

In the meantime, our cities, states and the nation have a lot of big problems. Working to address them is a great way to take your mind off the pandemic.