End of an Era for Black TV Journalists 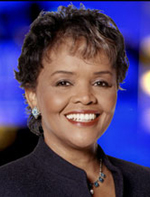 Today’s retirement of longtime KPIX anchor Barbara Rodgers, last week’s retirement of KTVU anchor Dennis Richmond and the recent retirement of KGO sports anchor Martin Wyatt marks an end of an era for the first generation of Bay Area Black television journalists. Rodgers, Richmond and Wyatt were part of the first generation of African Americans aggressively recruited to be journalists in the late 1960s and early 1970s by media outlets anxious to report on previously ignored African American communities. KPIX’s announcement earlier this week that Rodgers’ would retire today meant that her retirement would not receive the fanfare of Richmond’s well publicized departure after 40 years at KTVU, but Rodgers’ 29 year career as a KPIX reporter, anchor and public affairs host was just as important to the Bay Area’s African American community as Richmond’s tenure as the Bay Area’s only Black male prime time anchor.

Richmond was hired at KTVU as a clerk typist, but learned his journalism skills and professional ethics from the Summer Program for Minority Journalists at Columbia University; a crash program created to train African Americans how to be professional journalists. (That program lives on today at the Maynard Institute for Journalism Education, an Oakland based non-profit dedicated to the recruitment, training and advancement of non-White journalists.)

Rodgers came to KPIX in 1979, a decade after Richmond was hired at KTVU during a time when the small but growing African American Bay Area media community decided to form an organization of local Black journalists to improve their leverage with editors and news directors during discussions on story coverage and hiring more African Americans in the newsroom, but to also maintain ties between Black journalists and the communities where they live and work. Rodgers was the co-founder of the Bay Area Black Journalists Association, the Bay Area chapter of the National Association of Black Journalists.

Rodgers’ retirement comes at a time when major journalism organizations say that despite high profile hires of African Americans in the newsroom, the actual number of African Americans working in media jobs has actually declined because of cutbacks and layoffs throughout the news industry.

Both Richmond and Rodgers, as well as pioneer Bay Area Black TV news reporters/anchors Belva Davis, Ben Davis, and cameraman Bill Moore spent most, if not all their careers at one station. The current unpredictable state of the news business offers no guarantees that current crop of African American anchors (Carolyn Tyler and Willie Monroe at KGO; Pam Moore, Vernon Glenn at KRON; Dana King at KPIX; Darryl Hawks and Janice Edwards at KNTV and Dave Clark at KTVU) will be in their positions, or in the Bay Area after their current contracts expire.

It’s important that newsrooms in the Bay Area and around the country retain their diversity and that African Americans continue to be leaders in the newsroom. Let’s hope that KPIX is looking for next bright young African American journalist to fill Barbara Rodgers shoes at Channel 5.