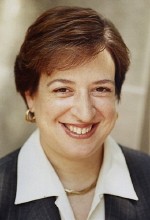 In 1987, Elena Kagan, as clerk to Supreme Court Justice Thurgood Marshall, stood up for rent control, characterizing a challenge to its constitutionality as “absurd” and “outrageous.” In the mid-1990s, Kagan, as counsel to President Bill Clinton, authored a memo supporting a landlords’ right to discriminate based on marital status.

So which is it? Is Kagan sympathetic to the rights or renters or not? The Senate Judiciary Committee needs to find out.

Kagan was absolutely correct in her memo of 1987. Property rights zealots have come up with some wild theories over the years as to why rent control laws are unconstitutional. Kagan and many fair-minded judges over the years have rejected these ideologically driven arguments, though they keep resurfacing in the hopes that judges will eventually adopt them.

A recent New York Times article questions whether the 1987 memo reflects Kagan’s personal view or that of the Justice she was working for: “it is not clear how much the memorandums reflect her thinking today. At her confirmation hearing to be Solicitor General last year, Ms. Kagan sought to distance herself from them, saying that she no longer agreed with some and that her job as a clerk was to ‘channel’ Justice Marshall’s views.”

The nominee’s family history suggests she should be sympathetic to the plight of renters. Kagan grew up in an apartment in New York City. Her father, Robert Kagan, had a small law firm that “mostly represented tenants.” According to his obituary, his work also included “securing housing for poor families displaced by the construction of Lincoln Center, and opposing Westway, a proposed superhighway through residential areas.” Kagan is probably the only Supreme Court nominee in history whose parent was a tenant rights lawyer.

Nonetheless, Kagan took a disturbing position in the mid-1990s. As White House Counsel to President Clinton, Kagan issued a memo highly critical of a California housing discrimination case. In the case, the Court had held that housing discrimination laws prevented a landlord from refusing to rent to a couple based on marital status. The landlord in the case claimed that her refusal to rent to an unmarried couple was based on her religious opposition to sex outside of marriage. Kagan believed that the anti-discrimination statute in question stifled the landlord’s religious freedom, and she urged the Solicitor General to weigh in on the side of the landlord in the case.

Kagan’s confirmation hearing is scheduled to begin on June 28 in the Senate Judiciary Committee. The New York Times predicts: “in an era in which the government’s power to encroach on property rights has been a hot issue, Ms. Kagan could face sharp Republican questions at her confirmation hearing about her strong reaction to the rent-control ruling.”

Liberals on the committee — including Senator Chuck Schumer, who has recently taken a leadership role in protecting rent control housing from predatory equity schemes — should not wait for Republicans to raise these issues as if there were something wrong with supporting rent control and other tenant protections. Instead, they should proactively seek assurances that Kagan supports renters’ rights, particularly in light of her disturbing position on California housing discrimination case.

The Roberts Court has shown little regard for precedent. The activists on the court would not think twice about striking down rent control, housing discrimination laws and other measures that run counter to the political beliefs of the conservatives on the high court. With approximately one third of Americans living as renters, it is important that liberal Judiciary Committee members make sure that Kagan will uphold existing laws that protect renters.

A strong statement of support for basic renter protections would go a long way toward assuring Americans that this Supreme Court nominee has compassion for the plight of ordinary people struggling to make ends meet.