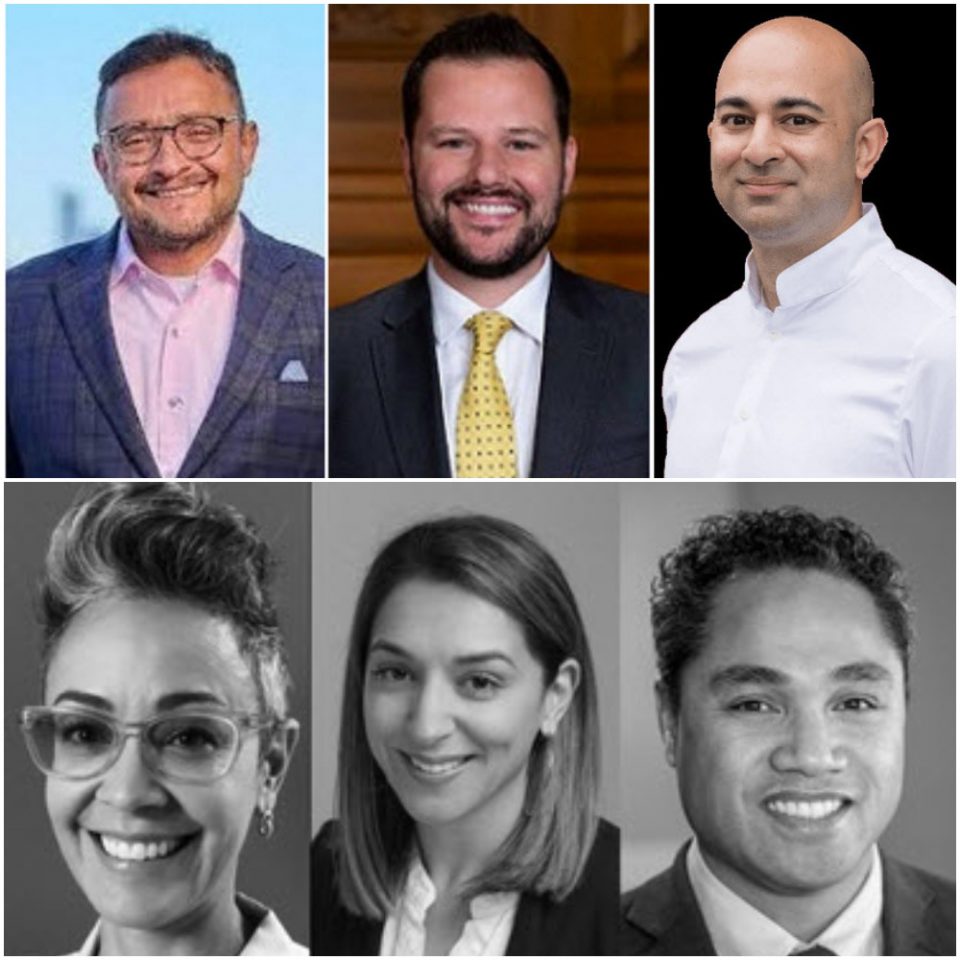 Will AD 17 Turnout Be Unexpectedly Low?

February 15 is Election Day in San Francisco. Until last week I expected a much larger voter turnout  than is typical in special elections. After all, voters were mailed absentee ballots, the D17 Assembly race is competitive and the School Board recall has galvanized voters citywide.

But  the Assembly race has not excited voters. For reasons detailed below, turnout in AD17  is much lower than expected. In contrast, Westside turnout is high.

Here are my predictions.

David Campos, Matt Haney, and Bilal Mahmood have run well-funded campaigns. Here’s what’s happened to shape the outcome since I wrote about this race last October.

Campos has focused entirely on his core base: Latinos, the LGBTQ community, and the left. I thought Campos would try to expand beyond the voters he won in his Assembly race against David Chiu in 2014 but I’ve seen no evidence of this..

Campos may believe that maintaining his prior electoral base is enough to win. This explains why he has steadily attacked Matt Haney from the left. Campos claims that the “landlords, medical lobby fighting universal healthcare and big corporations” support Haney; in truth, Haney has voted as progressive as any supervisor on all of these issues.

Campos has run a surprisingly negative campaign. He attacks Haney for allegedly being controlled by the medical industry even though Haney backs AB1400, the state bill providing Medicare for All. Haney is also endorsed by AB 1400’s chief author, Assembly member Ash Kalra.

Further, while Big Real Estate has poured in an estimated $300,000 in independent expenditure campaigns against Campos, it’s not because they see Haney joining their side. Haney has backed every tenant protection measure as a supervisor. Both Haney and Campos endorsed AB 854, the Ellis reform bill that is the key tenant measure in Sacramento affecting D17.

Campos’ literature often describes his opponent as “Tenderloin Supervisor Matt Haney.” Yet Campos is the Chief of Staff to District Attorney Chesa Boudin. As Boudin’s Chief of Staff, Campos has far greater power to reduce Tenderloin drug activities than does Haney. Supervisors have no control over the SFPD or the District Attorney. Campos likely recognizes that voters could connect him to Tenderloin drug dealing, which is why he identifies his occupation on the ballot as “civil rights attorney” rather use his actual job as the DA’s Chief of Staff.

Campos wants to stop Haney from winning progressive votes. His endorsements and own political record will help achieve this. But there’s little in Haney’s voting record that deviates from the progressive agenda.

The one issue where Haney broke from the progressive Board majority is his support for the 495 unit housing development at 469 Stevenson. Many see that vote as progressive, but those identified as “progressives” in San Francisco largely opposed the project.

Campos has highlighted his opposition as a way of taking progressive votes from Haney who has trumpeted his own support for the project. So we have both candidates believing their stance furthers their election.

Haney has run a substantive campaign focused on his record and support for key state measures like AB 1400 and AB 854. Heavily backed by organized labor and particularly the state Building Trades, Haney has outspent Campos by a large margin ( Campos no longer has the late Rose Pak, fundraiser extraordinaire, raising money for him as she did in his 2014 Assembly race).

Haney has gone all in as a pro-housing candidate since his vote to support 469 Stevenson. Yet many YIMBY activists criticize him for joining the 11-0 Board vote to stop a project at 450 O’Farrell that all the Tenderloin groups who spoke at public hearings opposed (the Tenderloin Housing Clinic, which I head, filed the appeal that led to the vote). Many Yimby’s are backing Bilal Mahmood because of Haney’s 450 O’Farrell vote (which assumes that if Mahmood had been D6 supervisor he would have voted against his constituents and backed the misguided project).

Haney’s big challenge is that his campaign has not excited D17 voters. Unlike Campos, he lacks a high-turnout core voting base behind his candidacy. This could hurt in a low-turnout election. Haney’s decision to refrain from aggressively responding to Campos’ attacks has contributed to the lack of public attention on the race. Haney’s team apparently believes that taking the high road is the best strategy. We will soon learn if they were right.

I did not include Mahmood in my October 21 story. But he has out raised his rivals (with over $500,000 of his own funds) and secured the San Francisco Chronicle endorsement.

As a candidate unfamiliar with voters, Mahmood has advanced many policy positions to obtain support. His campaign has likely already exceeded his expectations. But whereas Campos and Haney have been in the arena trying to make a difference, Mahmood has been on the political sidelines until this race.

Among the elections he skipped was November 2019, which had a $600 million Affordable Housing Bond on the ballot.  Mahmood claims to be a strong supporter of affordable housing but didn’t care enough about the bond issue to vote for it.

While getting the Chronicle’s endorsement elevated Mahmood’s stature,  San Francisco voters are rarely influenced by the newspaper’s picks. Whereas Chronicle stories on the school board have built support for the recall, the paper has not run stories inciting greater interest in the Assembly race—which covers only half the city.

This race has always been about who wins the April runoff between Campos and Haney. Mahmood lacks the name recognition and political history to change this. The question for the February 15 election is whether Mahmood takes enough moderate votes from Haney to put Campos on top. I’m still betting he does not, though the potentially low voter turnout—-D17 turnout was only 19% as of last Thursday—- makes this a close call.

Why is D17 turnout so low? Many voters recognize that Campos and Haney will vote the same on most issues.  They also don’t see the February outcome making a difference since a runoff is certain.

In addition, having spent more than a year working to pass state legislation (AB 854, Ellis Act reform) I know that most politically minded San Franciscans focus on national and local issues, not state measures. Most D17 voters do not have kids in San Francisco public schools so aren’t motivated by the recall to vote. Add this to voter preoccupation with the pandemic and a much lower than expected D17 turnout results.

Even if Campos does lead in February he still faces an uphill battle to get Mahmood voters in the April runoff.  Most Mahmood voters are likely to go to Haney. Campos’ best chance to win in April is a low voter turnout, with which is certainly possible with San Franciscans’ feeling election fatigue and no school board recall on the ballot.  I’ve always thought Haney would easily win an April runoff but he’s going to have to get voters excited enough to cast ballots to win.

My November story on the recall concluded, “If there is a path to victory for the three School Board members, I don’t see it.”

I still don’t. In fact, the chance of any of the three school board members surviving has gotten even worse.

Recall opponents cite a Republican billionaire’s huge donation of funds to the recall as reason to vote no. But when progressive leaders like Matt Gonzalez and John Burton appear in pro-recall mailings, the recall is not a “right wing power grab.”

Labeling the recall a Mayor Breed power grab never had much weight given that she appointed one of the members (Faauuga Moliga) facing recall.

I sympathize with Moliga. He got caught up trying to align with “progressive” allies who failed the schools. He’s tried to distance himself from his colleagues since the recall campaign took off. Moliga got into a spat last week with fellow Board member Alison Collins, showing the type of independence that would have served him well. But it’s too little too late.

The recall’s success does not alone solve SFUSD’s deep crisis. But it addresses the core problem:  San Francisco’s School Board has long been disconnected from the electorate. This happened because parents of kids in public schools are only a small share of voters. Most politically active voters do not pay attention to schools, and a lack of school board accountability follows. The pandemic brought national attention to the steep cost San Francisco has paid for electing a School Board that prioritizes political agendas over kids education needs.

Both my kids teach in SFUSD.  I hear about the stress the district is under. I urge all the parents and others who have gotten engaged with SFUSD via the recall to stay involved—the more parents holding district administrators and School Board members accountable, the better for kids.