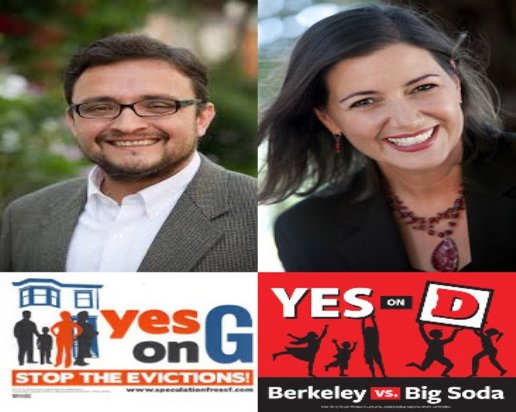 This has been one strange election season.

Nationally, stories about ISIS and Ebola dominated the news. In San Francisco, election campaigns had to compete with the public’s fixation on the Giants run to a third World Series title. Midterm voting will again be down, particularly in California, which lacks any state race to inspire infrequent voters to cast ballots.

Here are our predictions:

Are we looking at another low-turnout driven 1994 or 2010-type Republican wave? It’s possible, but this year the AFL-CIO and other Democratic Party constituencies have anticipated low voter turnout among their base and invested resources to get voters to the polls.

I think Republicans will not do as well on Nov. 4 as many expect. For the best reports on key national and state races, go to DailyKos.com.

In my January 6, 2014 political predictions column, I saw Libby Schaff and Rebecca Kaplan as the favorites to win the Oakland mayor’s race. I saw Schaff winning voters’ primarily concerned about crime, with Kaplan getting the young, progressive voters who are a growing political force in Oakland.

By March 2014 I felt Mayor Jean Quan had made a surprising comeback. Oakland was moving forward and Kaplan had “inexplicably not entered the race.” I felt Kaplan “would start with a large and enthusiastic voting bloc and has fewer negatives than any major candidate in the race. And in ranked-choice voting, having fewer negatives gets you more second and third place votes, which can be the key to victory.”

On June 3, 2014 Kaplan had still not joined the field. I explained her possible rationale for delaying her entry, and she announced her candidacy soon after.

Since that time, Jean Quan has proven unable to regain sufficient progressive support to win re-election. As I described in “The Tragedy of Jean Quan,” her deplorable response to Occupy Oakland alienated Oakland progressives. Current mayoral candidate Dan Siegel publicly broke from Quan’s administration over the city’s brutal assault on protesters. I don’t see Quan getting many of Siegel’s second or third choice votes, and she can’t win without progressives.

This leaves the race where I thought it would be back in January, between Kaplan and Schaaf. Kaplan was long far ahead in polls, and I have yet to see a credible poll in which she is not still ahead.

But I noted on October 20 that Schaaf had the momentum. Schaaf has since picked up the endorsement of Senator Barbara Boxer, and received very favorable comments from progressive Oakland tenant advocates. She is best positioned to get the second and third choice votes from multiple candidates, which is the key to victory.

In 2010, Don Perata was the Oakland mayoral frontrunner from the day he announced until the last votes were counted. I see Rebecca Kaplan repeating this scenario in 2014.

I see Schaaf winning in Oakland.

The media deserves tremendous credit for exposing Chevron’s efforts to buy Richmond city government. Richmond may still be years away from becoming the “next hipster haven,” but progressive Tom Butts will easily defeat the Chevron-backed Nat Bates in the mayor’s race.

It’s very difficult to correctly predict some of the San Francisco measures due to the unpredictable voter turnout, particularly outside Assembly District 17 where the Campos-Chiu outreach teams are operating.

I thought Prop A, the transit bond, was headed to victory before the San Francisco Apartment Association put $50,000 into two mailers to defeat it. I now think the measure is too close to call.

The terribly destructive Prop B is likely to pass despite the best efforts of social justice and tenant advocates to defeat it. A combination of a misleading ballot question and mistaken support from the SF Democratic Party, Harvey Milk Club and SEIU 1021 for this raid of $22 million from the poor ($300 million over the next decade) will lead too many progressives to be fooled into backing B.  Opposition from the San Francisco Tenants Union and the SF Chronicle offers the only hope for defeating B, but I am not optimistic.

Prop C, the Children’s Initiative, and Prop F, the Pier 70 renovation, both pass easily. I had never been to Pier 70 until the Open Studios art show two weekends ago. What a spot!

I see voters approving youth soccer fields in Golden Gate Park, voting Yes on Prop I and No on Prop H.

Over  $9 million has been spent against Prop E, the soda tax. This was a major strategic mistake by the American Beverage Association. Big Soda could have prevented 2/3 approval of a soda tax by spending $500,000. By becoming the biggest spending initiative campaign in history, the takeaway from Prop E is that Big Soda bought the election, not that San Francisco opposes soda taxes.

If Prop E gets 40% in the face of this onslaught, it will be a victory. And it should lead soda tax backers to come back next November with a majority vote tax like the one before voters with Prop D in Berkeley. If San Francisco has a Prop D equivalent on the November 2015 ballot and it narrowly loses, it will win in 2016.

I wrote on July 28, “2/3 Vote Could Doom SF Soda Tax,” that “Berkeley’s soda tax will pass. It’s the perfect electorate for this measure; it’s as if Noe Valley voters represented half the San Francisco electorate.”

The Yes on D campaign has done a wonderful job, with house signs favoring the soda tax everywhere. I now believe that despite a massive No on D campaign, the Berkeley soda tax could get as much as 60% of the vote.

If Prop G asked voters if they wanted to raise taxes on real estate speculators, it would easily pass. But that’s not how the ballot question reads. In fact, voters will look at Prop G and see no language about evictions or speculation.

That’s a problem. Adding to this problem is hijinks by the San Francisco Democratic Party in how it described Prop G in its slate card mailed to voters.

It reads: “Yes on G – Additional Transfer Tax on Residential Property.” That description is false. Prop G only impacts short-term real estate “flips,” and does not cover single family homes.

The Yes on G campaign paid $5000 to the San Francisco Democratic Party so “Stop the Evictions” would be highlighted describing on its slate card. The Party took the money, ignored what it was paid to do, and instead used a phrase that is likely to hurt the measure votes.

It’s hard to believe this effort to weaken the impact of the Democratic Party’s Prop G endorsement was an accident. It’s consistent with the outright lies that the real estate industry has used as part of its $2 million campaign against Prop G.

Expect a lawsuit from the Prop G campaign  to retrieve the misused $5000 after the election.

Prop G’s hope for victory rests on a large turnout by Campos and Chiu supporters, as both candidates back Prop G. Victory is still very possible due to public anger over evictions, so backers of “stopping the flip” should be out there securing votes.

I wrote in September 2013, “Campos, Chiu Head for 2014 Assembly Showdown” that “the Chiu-Campos contest will spice up what will otherwise looks to be a rather uneventful local election in 2014.” It has exceeded expectations.

I’ve written a lot about this race, particularly recently in regard to their divergent approaches to the Airbnb legislation. I wrote on September 23, “Campos-Chiu Race Gets Clearer” that “Chiu has put all of his political chips in the pot over passing Airbnb legislation before the election. We’ll know in November if his gamble paid off.”

From the day Chiu announced his candidacy he has been favored to win. He won by 5% in June, a result that was spun in conflicting ways. I’ve talked to a lot of people about this race and most believe that Chiu’s money edge will put him over the top. Chiu will also have a huge edge among absentee voters that is hard to make up on Election Day turnout.

But Campos has a better get out the vote operation. His supporters are more passionate. The pre-June election attacks on him for voting to reinstate Sheriff Mirkarimi were very effective then, but as I said at the time, it meant that they would be old news by November.

Independent expenditure committees for Chiu have spent a fortune trying to tar David Campos as a backer of domestic violence, but this time California NOW and other domestic violence advocates called them out. And when David Chiu admitted on KQED-Forum that he had endorsed Jane Kim for re-election despite her also voting to reinstate Mirkarimi, the phoniness of the entire domestic violence argument was exposed.

Polls last week had the race tied. I’m always leery of allowing the greater passion of one’s supporters to predict outcomes, but I am going with David Campos for the same reason I went with Libby Schaaf in Oakland—I see surging candidates winning by a nose at the wire.

We’ll have a full recap on the elections in our Wednesday and Thursday editions.