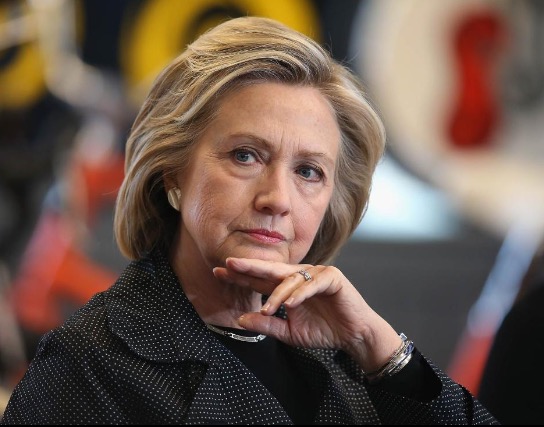 Hillory Clinton, Our next president

It’s almost over. The seemingly endless 2016 presidential race comes to an end on November 8, and not a second too soon.

I’ve always had Hillary Clinton winning this election. I felt this primarily because 2016 demographics —particularly rising Latino voting–put any GOP nominee in a tough position. The Republican Party  concluded in its post-2012 election assessment that it could not win another presidential election by alienating Latinos and other non-whites—yet Donald Trump has done precisely that.

Clinton’s overwhelming support among millennials was also foreshadowed by Obama. The older, white Republican base is literally dying out, and the course correction necessary for the GOP to win the White House in 2016 was not made.

The media’s racial biases (there are no Latino pundits on air who are Democrats) kept Latino voters on the sidelines these past several months. It was not until that past weekend that the power of the Latino vote to deliver a Clinton victory became a top story. Now reporters act like they just discovered the electoral clout of Culinary Union 226, which has been winning elections for Nevada Democrats for years.

Many of the best and brightest of the California labor movement are also in Nevada, so the hugely impressive Latino turnout numbers are no surprise. In fact, Latino Decisions and pundits paying attention to the rising immigrant vote have been predicting this for months.

I see Clinton winning this election by a larger margin than many project.  I don’t get why she would do significantly worse than Obama in 2012. After all, we’ve heard from a lot of Romney backers switching to Clinton, but not from Obama voters in 2012 switching to Trump.

Hillary Clinton ran a remarkable campaign under difficult circumstances. She has turned out to be an extraordinary historical figure in breaking a glass ceiling stronger than many imagined.

On November 8 she gets the last laugh.

Democratic Senate candidates will take GOP seats in Illinois, Wisconsin, and Pennsylvania. The fourth seat needed to take Senate control will come from New Hampshire, Indiana or North Carolina. Democrats only need one of the three. Missouri remains a longshot.

Why do I think Democrats will get that elusive fourth seat? Because I see Clinton doing better than expected, which will carry Senate candidates along.

The House remains in Republican hands.

National and local elections have eclipsed the California state ballot. This has also been facilitated by Kamala Harris’s overwhelming lead and certain victory in the U.S. Senate race.

One California ballot measure has dominated the airwaves: Prop 56, the tobacco tax.  In the San Francisco Bay Area, No on 56 ads are constant, even overwhelming No on 61 commercials (Prop 61 takes on Big Pharma by curbing prices on prescription drugs). Tobacco taxes have a long history of success in California and Prop 56 will prevail. The last pre-election Field poll is less optimistic about Prop 61’s chances, reflecting the greater difficulty in winning ballot measures whose subject is going before voters for the first time.

The most duplicitous and outright confusing ballot measure in Prop 65, put on the ballot by Big Plastics. The “Yes” side of Prop 65 seems to be good for the environment, but that’s the deception; enviro groups urge No on 65.

It’s also noteworthy how little attention Prop 64, marijuana legalization, has gotten. A similar initiative a decade ago would have been extensively covered nationally, but after Colorado set the precedent California’s legalization now seems like no big deal.

The No on 53 campaign shows that when Jerry Brown wants to defeat something, he knows how to do it.

After raising concerns that BART’s Prop RR was in trouble, I now believe it will win. Commuters unhappy with various aspects of BART recognize that upgrading the system is essential.

In the East Bay I see Nancy Skinner winning over Sandre Swanson for the State Senate seat vacated by Loni Hancock.

I also see rent control winning in Richmond, where the progressive Richmond Progressive Alliance slate is headed for another victory. Oakland and Richmond activists are proactively moving to save their cities before rising housing prices get even worse.

Alameda’s rent control initiative (Measure M1) is harder to predict. The Alameda Renters Coalition has run a very strong campaign, garnered key endorsements, and put rent control in a position to win. ARC has faced a massive misinformation campaign funded by the California Apartment Association and its allies (See “Landlords Recycle Rent Control Falsehoods,” Sept 13, 2016). Alameda landlords have also followed the familiar tactic of backing weak reforms that create the impression that the city has already acted on the crisis.

California real estate groups want to stop the spread of rent control to new cities both because that serves the interests of local members and because it restricts the constituency for revising statewide preemption laws like Costa-Hawkins. That’s why over $100,000 has come in against Alameda rent control in October; backers raised less than $5000.

Alameda is 55% tenant and its electorate is around 37% tenant. This low tenant voter profile usually makes winning rent control an uphill battle. The prospects of winning ballot measures rise as they appeal to voters self interest, and in Alameda only a small a portion of the electorate has this financial self-interest.

But I think there is a special dynamic in Alameda that could lead to a rent control victory: homeowner self-interest in preserving the city’s economic diversity. Alameda does not want to be another rich enclave like Piedmont, and rent control is the best strategy of avoiding this. Homeowners in other cities have also backed rent control laws to protect their longtime neighbors from displacement.

When rent control is identified with a city’s future well-being—-as has long been the case in San Francisco—it can win. I understand that the smart bet is going with the big money landlord campaign in a minority tenant city, but I’m taking a flier and going with Prop M1 to win.