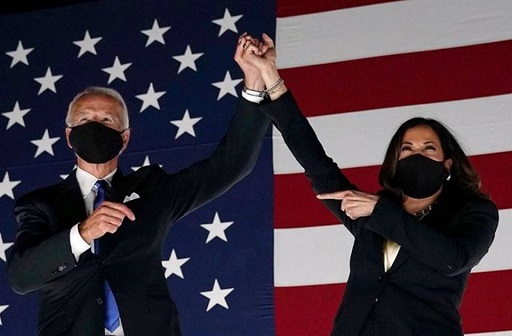 I had a great record predicting the winners of local, state and national races— until November 2016. I picked Hillary Clinton to win. I was wrong about Trump’s chances all year, even writing in May 2016 (“Why Trump Won’t Win”) that Trump would “lose in a landslide.”

Why I was so wrong? I wrote on election night that “America has been in denial about its racism since the first slaves landed on our shores. And it appears that the election of an African-American President brought many whites to seek a return to what they perceive as the ‘good old days.’ This was about whites refusing to accept the “inevitability” of non-whites becoming an American majority.”

In retrospect I underestimated opposition to a woman president. For all of Clinton’s personal issues, the Democrat’s 2020 nomination contest did not reward women candidates. Kamala Harris’s once highly regarded presidential campaign crashed and burned before the first 2020 primary and Elizabeth Warren under performed with voters in every state. Other women candidates went nowhere. Misogyny hurt Clinton. It will not hurt Biden.

Another reason why 2020 will also be different: there is none of the overconfidence of 2016. Clinton backers were so sure she would win that they didn’t go the extra mile to ensure high voter turnout. In 2020, many Democrats remain skeptical of polls showing Trump losing and see the election as entirely up for grabs.

Skeptics overlook that the final polls in 2016 had a large undecided group, and its shift to Trump decided the election. In contrast, 2020 polling has been remarkably stable. People made up their minds about Trump months ago and the undecideds are few. As the final Real Clear Politics polling numbers show, Biden enjoys a far bigger margin (7.4% vs. 3.2%) than Clinton in 2016.

I have never felt Trump would be re-elected. My reasoning, prior to the pandemic, was twofold. First, the demographic trends that I thought would lead Clinton to victory have continued. Second, Trump could never again rely on the element of surprise.

I did not foresee the pandemic but Trump’s mishandling of it is no surprise. I wrongly assumed Trump and GOP senators would  have the political smarts to pass a second stimulus bill to help their re-election campaigns; they will pay dearly on Election Day for this failing to do so.

As in 2008, people from across the nation have spent hours each day contacting voters in swing states. Phoning has replaced most in-person contact but we still see a level of out of state involvement that we did not see in 2016.

The Biden-Harris campaign, like Obama’s in 2008, feels more like a movement. Joe Biden has unified anti-Trump forces to a degree never achieved by Hillary Clinton; a much easier task after America has lived under a Trump presidency.

Along with Georgia, Texas best exemplifies the movement dynamic of the 2020 campaign.

I detail in my book on the farmworkers movement, Beyond the Fields,  how California politics moved left not because 1994’s Prop 187 boosted Latino turnout—a myth that will not die—but rather because organized labor used the UFW’s grassroots voter outreach strategies to increase Latino voter registration and turnout. In contrast, Arizona and Texas’ anti-Latino measures did not produce a similar shift because the lack of a labor movement to do voter outreach held Latino voting back.

This pattern continued until 2018, when major grassroots Latino mobilizing finally happened. And it’s intensified in 2020. Texas may not go blue this week but it will soon join California in becoming solidly Democratic.

I thought Bernie Sanders would also beat Trump but his candidacy—like Clinton’s in 2016—would have given Trump supporters greater chance for negative campaigning. Joe Biden, in contrast, incites no emotional opposition. Trump’s personal attacks on Biden have gone nowhere. Once the pandemic elevated empathy into a candidate’s most important attribute, Biden had Trump on the ropes.

Can Trump Steal the Election?

We knew by 7pm PST on election night 2016 that Trump would win. That was around when Florida went for Trump, following days of long early voting lines by Latinos fostered confidence in a Clinton victory.

Whether ballots will be counted after Election Day is likely irrelevant to the outcome. The notion that Trump will declare victory when polls close in California will not apply because he will be far behind at that point.

2000 was the only time in modern history that the presidential outcome was not known on election night. This is not going to happen this year.

Elections across the world are stolen via military intervention. Trump is not a favorite of the Pentagon elite. They are not going to overthrow American democracy on his behalf.

Nor will the Supreme Court intervene to declare Trump the winner of an election he has clearly lost. The justices have their own right-wing agenda and don’t need Trump to try to further it.

Donald Trump has brought enormous destruction and hardship to the American people. On election night, America’s nightmare begins to end.

For the latest Senate updates I recommend checking with dailykos.com. My take is that Democrats win the races everyone thinks they win: Arizona, Colorado, and Maine. And also take the states where they have been leading in polls: Iowa and North Carolina. Iowa’s Teresa Greenfield has been my favorite since she knew the exact price of corn in the last debate; her GOP opponent failed to know the soybean market. This seemed a strong pick up opportunity until a Saturday Des Moines Register poll had incumbent Ernst leading 46-42% so its now too close to call.

These five seats (net four if Doug Jones loses as expected in Alabama) gives Democrats control of the Senate. But Democrats also have at least a 50% chance to win in Montana, South Carolina, and one or both of the two seats in Georgia (likely decided in a January runoff). Can Democrat M.J. Hegar win in Texas? It’s certainly possible with a massive Democratic turnout. Even Alaska is a possible pick-up.

In 1980, the Reagan wave brought Republican Senate victories in almost every close race. A Biden wave could do the same in 2020.

If my optimism about a Blue Wave furthers your anxiety, fuel it into get out the vote work in these last two days.

Check back with Beyond Chron on Election night and the rest of the week for our analysis of results.