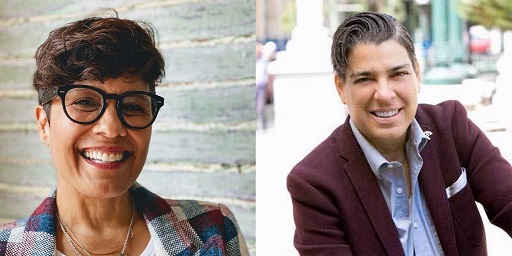 Oakland is a rapidly changing city. And residents attitude toward these changes is hopeful to hostile with everything in between. This likely explains why recent Oakland council races sharply differ from neighboring San Francisco and Berkeley in one key way: incumbents often lose.

In 2018, District 2’s Abel Guillen, by all accounts a solid representative, was defeated by Nicki Fortunato Bas. Loren Taylor won over controversial incumbent Delsey Brooks in District 6. Even the incumbent Auditor lost.

I felt Dan Kalb could be in trouble when walking his district months ago and seeing a lot of Walton signs. True, signs don’t vote. But a challenger having so many up so early in the race led me to start looking into Walton’s campaign. I saw she had a lot of support and the financial means to win. Walton’s connections are reflected in a campaign event she did with former HUD Secretary Julian Castro, who has endorsed her. Buffy Wicks also backs Walton, which many see as payback for Kalb backing Jovanka Beckles over fellow Rockridge resident Wicks in the 2018 Assembly race.

Kalb has the council’s strongest tenant and housing record. But his problems with constituent service hurt him in his Assembly race and could cost him this election. D1 residents care a lot about constituent service. A Walton mailer pledges that she will be a candidate who answers the phone when constituents call—implying that Kalb’s office does not. Walton also has kids in school and demographically represents the type of change D1 voters appear to want.

I have always supported Kalb but see Walton winning in D1.

District 3 City Councilmember Lynette Gibson McElhaney faces a tough challenge from Carroll Fife, an activist and director of the nonprofit Alliance of Californians for Community Empowerment. Fife made national news for her leadership role in the Moms 4 Housing movement, and a grassroots activist spirit dominates her campaign. This race has similarities with the 2018 D2 race and I see challenger Fife winning.

In East Oakland’s District 7, four candidates seek the seat being left vacant by Larry Reid. His daughter, Treva Reid, has strong personal and political skills and, let’s be honest, a huge name recognition advantage given that her dad is the incumbent. I see Treva Reid winning.

Rebecca Kaplan has held the seat since 2009. Mayor Libby Schaaf sees Kaplan as blocking her agenda and has gone all out to elect Derreck Johnson for the at-large seat.

Many people I talk to think Johnson will win. He’s outspent Kaplan roughly 2-1, not counting the independent expenditure funding from entities like Lyft. He’s also got the mayor’s and other major endorsements.

Anti-Kaplan mailers, and comments I’ve heard, claim that Kaplan talks a great game but doesn’t deliver. But it is strange to blame Kaplan for not delivering on issues—like upzoning Rockridge and other neighborhoods—where the mayor has also not gotten it done. In fact, Rebecca Kaplan has been as vocal in favor of upzoning as any Oakland official—and she has far less power to act on this than Mayor Schaaf.

I think those predicting a Johnson victory underestimate Kaplan’s loyal, intense backing. I see Kaplan better reflecting Oakland’s progressive politics. I also don’t see how a political unknown with little name recognition defeats an incumbent with broad and passionate labor, tenant and progressive support (those learning about Johnson from this Oaklandside story will not be impressed).

This citywide race differs from a district election where Johnson’s lack of name recognition would not be a major issue. His backers have made a smart investment in seeing the incumbent as vulnerable, but Kaplan has campaigned vigorously and is taking nothing for granted. I will go against the conventional wisdom and predict Kaplan wins.

I’ve been surprised by how many people I have talked to who think incumbent Mayor Jesse Arreguin could be defeated by challenger Wayne Hsiung. I see no chance of this happening. Here’s why.

First, Hsiung lacks name recognition. He had no involvement in Berkeley politics prior to running for mayor and his name has never appeared on a Berkeley ballot.

Second, Berkeley voters strongly favor incumbents. The only ones defeated did not run serious campaigns, as Arreguin is doing.

Third, while there is not tremendous enthusiasm for Arreguin nor is there much passion for replacing him. He has not made a decision generating widespread outrage. Berkeley residents are focused on removing Trump and blame the president, not the city’s mayor, for what bothers them. Many voters are not paying attention to local politics and those that are do not see the mayor as a problem.

Fourth, Berkeley has a much older electorate this year due to 30,000 students not on the UC campus. Older voters are less likely to favor Hsiung’s direct action tactics, particularly against revered Berkeley institutions like Chez Panisse. They are also more likely to have read Berkeleyside’s in-depth story on Hsiung and view him unfavorably.

During the campaign Arreguin has come out strongly against exclusionary zoning. He sounds a lot more pro-housing than he has been the past four years. Even if you believe this is just campaign year conversion, it’s still a good sign that Berkeley’s incumbent mayor thinks the pro-housing position is most popular among voters.

The District 2 race is Berkeley’s most important. And hardest to predict. It’s important because of the sharp differences on housing policy between incumbent Cheryl Davila and challengers Terry Taplin and Alex Sharenko (I have endorsed Taplin and contributed to his campaign). It’s hard to predict because as of last week it had among the lower voter turnouts of any Berkeley district so who ends up voting is unclear.

If supporters of Taplin and Sharenko consistently make the other their second choice—-as Jane Kim and Mark Leno supporters did in San Francisco’s 2018 mayor’s race—one of those two will win. If there is not this ranked choice voting strategy, Davila will win.

This is the Berkeley election most impacted by the absence of thousands of student voters. Big Real Estate is funding a landlord-backed slate for the Rent Board, as the pandemic has materially reduced the number of tenant voters. Signs in homeowner areas claim the landlord-backed group is the “homeowner” slate, even though the Rent Board has no jurisdiction over homeowners who are not renting out their homes. There is also a tenant protection measure on the ballot that is at risk due to the loss of thousands of student-tenant voters.

If the landlord-backed slate wins in Berkeley, the pandemic will be why.