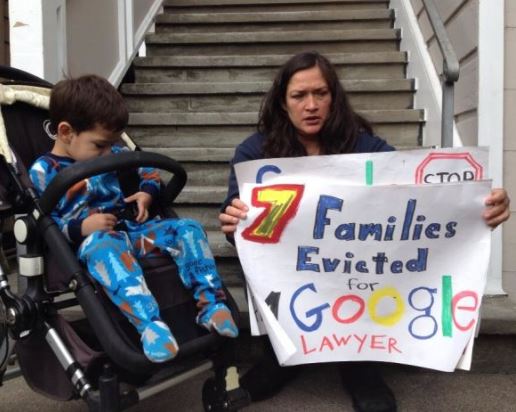 Eviction’s Fallout: Housing, Hardship, and Health, recently published in the journal Social Forces, examines the short- and long-term effects of evictions on low income urban mothers. This is among the first studies to rigorously examine the effects of eviction in a nationally-representative dataset. The study was conducted by Matthew Desmond, Assistant Professor of Sociology and Social Studies at Harvard University, and Rachel Tolbert Kimbro, Associate Professor of Sociology at Rice University.

In previous research, Mr. Desmond found that one in eight mothers in Milwaukee experienced a forced move between 2009 and 2011, and women were more than twice as likely to be evicted as men. Other researchers discovered that one in 11 women on welfare reported being evicted over a two year period.

Building on prior research, Desmond and Kimbro use longitudinal data from the Fragile Families and Child Wellbeing Study (FFCWS), a nationally representative dataset that follows a birth cohort of new parents and children from 20 U.S. cities. The survey contains questions specific to eviction.

Desmond and Kimbro examined data tied to 2,676 mothers and children who rented at the time of the baseline survey, and who remained a part of the FFCWS study through four data collection periods up to when the child was approximately five years old.

During each period of data collection, mothers were asked if they were evicted from their homes for not paying the rent or mortgage in the past 12 months. Desmond and Kimbro examined the effects of early evictions (when the child was aged 0-1 or 2-3) and recent evictions (when the child was aged 4-5) on six outcomes: material hardship (ability to obtain basic necessities such as food, clothing, and medicine), income-to-poverty ratio, self-reported health status for mother and child, indication of depressive symptoms, and parenting stress.

Desmond and Kimbro found that mothers who were recently evicted faced higher levels of material hardship, were more likely to suffer from depression, reported worse health outcomes for themselves and their children, and reported more stress related to parenting than similar mothers who were not evicted.

The analysis of early evictions reveals that these are associated with increases in material hardship, and that mothers who experienced early eviction are more likely to report depression several years later.

The effects of early eviction tended to be smaller than those associated with recent evictions, suggesting that the consequences of eviction shrink over time. However, the effects of evictions still show up in the data years after the event occurred.

Furthermore, because these evictions occur at critical times in children’s development, the effects might be long-lasting for children. Most low income families live in homes on the private market without any federal, state, or local housing assistance.

More research is needed on private rental market dynamics and the links between the shortage of affordable housing, evictions, and the pervasiveness of severe rent burden in low income communities.

The full article is at http://nlihc.org/sites/default/files/DesmondKimbro_Evictions_Fallout_SF2015.pdf