Editorial: More Business as Usual from the Mayor 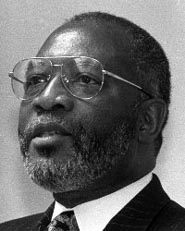 When Reverend Edgar Boyd resigned from the Planning Commission charging Mayor Newsom with neglecting African-Americans, Reverend Amos Brown came to the mayor’s defense. Brown has now been rewarded with an appointment to the Housing Authority Commission, which administers housing for the city’s poorest families. Brown illegally evicted a low-income single mother in order to gain residency in District 11 for his 2000 Supervisor’s race—and he is hardly among the “best and the brightest” that Newsom pledged to bring into his administration.

For a Mayor who claims to be committed to fresh faces and new ideas, the appointment of Amos Brown to the Housing Authority Commission makes no sense. Brown, to put it bluntly, is a political hack who has produced little public good during his previous tenures on the School Board and Board of Supervisors.

Whether Brown’s illegal owner move-in eviction of a low- income tenant in 2000 helped or hurt his standing with the Mayor is unknown. But a Housing Authority Commission with Amos Brown and Julie Lee is an embarrassment to San Francisco.

The Mayor’s appointment of Frank Fung to the Board of Appeals is also curious. While replacing incumbent Commissioner Arnold Chin is alone reason to cheer, Fung previously served on the Board as well as the Planning Commission under Mayor Frank Jordan. He is hardly a “fresh face” or representative of a “new generation of leadership” that Mayor Newsom talked about bringing to City Hall.

Fung is a straight-shooter and was a good Planning Commissioner—but is the pool really so small that the mayor must recycle former Jordan Administration appointees? Between Brown and Fung, it looks like the Mayor is going backwards to the future.

Since Republican voters put Newsom in office, the Mayor’s reappointment of incumbent Planning Commissioner Mike Antonini is understandable. Antonini is more conservative than most San Franciscans but he does his homework and tries to do what is best for the city.

But the Mayor appointed another Republican, Party leader Mike DeNunzio, to the Human Services Commission. DeNunzio’s qualifications for this position are unclear, and his appointment could be yet another act of political patronage from a mayor who vowed to stop this practice.

After eight months, Mayor Newsom seems to have replaced “no business as usual” with “here is more of the same.”