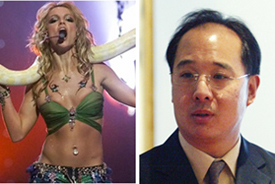 In the absence of a seriously contested San Francisco Mayor’s race, the local media appears desperate to come up with “political” stories. The Chronicle has sought to fill this void with nonstop and repetitive coverage of the sad saga of Supervisor Ed Jew. Like gossip columnists dependent on the latest Britney Spears embarrassment, Matier & Ross have turned their space over to Jew’s ongoing missteps. In both cases, each tiny new detail provides a backdrop for repeating the full range of salacious allegations.

Clearly, extorting funds from prospective tapioca store operators and running for office in a city where one is not a resident, are serious charges. And when a politician is charged with both extortion and electoral fraud, this is news. But Ed Jew does not hold the balance of political power in San Francisco. His vote is only one of eleven, and has not made a difference on any important issue. And while the media focuses on Jew, it ignores stories that more directly impact San Franciscans. These include stories about why a skyline-transforming 100-story Transbay Terminal building is moving forward despite little public support, how the city’s working families are coping with rising rents, or why the city’s crime wave is escalating and what should be done about this.

Celebrity gossip is a huge business, and the public loves hearing inside scoops about politicians. But whereas Britney Spears and Lindsey Lohan are followed by paparazzi and have huge followings, and Idaho’s Larry Craig is a United States Senator, excessive reportage on an otherwise obscure San Francisco Supervisor seems driven more by journalistic boredom than a desire to sell papers.

If the stated mission of local news is to give residents “the news they need to know,” it is abundantly clear that we have already learned all that’s necessary about the Ed Jew case. Jew is as much responsible for his fate as Spears is for hers, but there is something unseemly about the media’s over-the-top glee with the downfall of two people–and others like them–who clearly suffer from psychological and/or emotional disabilities.

In Spears’ case, the excessive media coverage does no harm to the public interest. When she behaves, the media simply goes on to Lindsey Lohan, Paris Hilton, Nicole Richie or the always available though deceased Princess Diana—-tmz.com and other gossip sites are not claiming to be providing important real world news.

But in supposedly sophisticated San Francisco, the political news media has allowed its obsession with the wrongs of Supervisor Ed Jew to supplant far more important stories.

And it has gone on overdrive in Jew coverage despite his being only one of eleven Supervisors, his not having impacted a single important Board vote, and the substantial likelihood that his replacement will vote pretty much the same as he has. Nor have Jew’s arguments influenced his colleagues; in fact, it’s been quite the opposite.

In other words, what happens to Jew is politically irrelevant. And while the San Francisco Chronicle seems to be trying to equate Mayor Newsom’s decision to remove Jew with President John F. Kennedy’s resolve during the Cuban missile crisis, the fact is that Jew’s fate is of little moment to the future of San Francisco.

What does matter to this future? How about a 100-story highrise stuck squarely in the heart of downtown? If you think Rincon sticks out like a sore thumb over the city’s once fabled skyline, the proposed Transbay Terminal monstrosity amounts to a case of gangrene.

Nobody can accuse the San Francisco Chronicle of under-covering the Transbay project. But its stories have overwhelmingly focused on the beauty contest between developers, and on design issues.

What has been completely lacking is an analysis of the approval process, and interviews with the Mayor and Supervisors to discuss how this 100-story project got fast-tracked, and by whom.

If these facts were included in a story, myself and others with whom I spoke missed them. And these facts have certainly not been front and center so as to provide most readers with information as to how this proposed monstrosity could be stopped.

In a city where a proposal to add a residential floor on a single-family home brings a huge crowd down to the Board of Appeals, how does a 100-story building that will forever define the city’s skyline appear to be exempted from the Supervisors’ approval?
And if the Board approved it some time ago, when did this happen and what were the votes?

And once the Transbay project commences, expect a line of similar high-rises to link downtown to Rincon. Under the city planning theories of recently departed Planning Director Dean Macris (who led the agency under three mayors), the city’s skyline requires multiple high-rises to “even out” the two already approved.

But forget this transformation of San Francisco’s worldwide image—give me more details on Jew and the tapioca shops!

And while the Chronicle obsesses about Ed Jew, it ignores the problems of San Francisco tenants at a time of steeply rising rents. BeyondChron highly publicized the recent court ruling in favor of evicting 78-year old Jose Morales from his home of forty years—but neither the Chronicle nor any corporate-owned English-language media outlet even covered the story.

True, the Chronicle followed our lead in covering the problem of rising rents, but where is its human interest stories about the impacts of these rents? Why is the paper engaged in a virtual conspiracy of silence about the fact that Skyline Realty has bought every single building of ten units or more sold in San Francisco over a period of months?

Shouldn’t city residents learn that a single company is buying up every available property, and typically paying 20% over market? Does this not have greater implications for San Francisco’s future than where Ed Jew showered?

And then there is crime. The Chronicle covers shootings, and has an “embedded” reporter traveling with the cops. But what of the deeper analysis as to the rise in violence within the Chronicle’s circulation area at this particular time in our nation’s history?

Ed Jew’s story has been written about from every conceivable angle. In contrast, rising violence, particularly in communities of color, gets the “Dragnet” approach–reporters just give readers the facts.

Violence is undermining San Francisco’s ability to maintain racial and economic diversity, as even families who have affordable rents choose to leave out of fear. Does the causes and possible solutions to this cycle of violence not deserve coverage equal to that given to District 4 Supervisor Ed Jew?

There are critical stories being eclipsed by “the latest details” or “breaking news” about Ed Jew. And that’s exactly the way those who own the traditional media appear to want it.