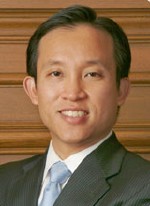 Supervisor David Chiu’s ordinance to curb Ellis Act evictions in North Beach by regulating parking garages is headed for passage – after his office brokered a compromise with Bevan Dufty. Rather than mandate conditional use for all garage applications, the ordinance will call for a “311 notification” on buildings that have 3 units or less – and mandatory discretionary review for properties with 4 or more units. Moreover, the necessary findings will look at just two criteria – (a) whether there was a no-fault eviction on the property, and (b) if the garage would cause a reduction of residential space. Most Ellis evictions in North Beach have been in larger properties, and mandatory discretionary review still requires a hearing at the Planning Commission – so it’s an acceptable compromise. The legislation now goes back to the Land Use Committee, and should pass next week by a veto-proof majority.

With Republican judges striking down local efforts to curb TIC conversions, regulating parking garage permits is the most effective way the City can stop Ellis Act evictions. If we prevent North Beach speculators from converting their downstairs units into garages, it will make it harder to market the building as TIC’s in a neighborhood with limited parking. The Jasper Place tenants have not even been kicked out yet, but the landlord is already marketing their units to potential buyers – with the enticing “potential to add parking.”

Under current law, there is practically no way to stop a property owner from building an interior garage. All they have to do is apply for a permit at the Department of Building Inspection. Even the lenient “311 notification” process – which refers to Section 311 of the Planning Code – only applies if the permit would expand the exterior of the building.

The legislation that seven Supervisors supported (Mar, Chiu, Mirkarimi, Daly, Campos, Maxwell and Avalos) required a conditional use hearing for all interior garage permits in the North Beach area. This would have meant a hearing at the Planning Commission, and the burden would be on the applicant to prove a series of criteria – such as there had been no Ellis evictions. The permit could then be appealed to the Board of Supervisors.

In order to get Bevan Dufty’s support – and thus eight votes to override the Mayor’s veto – the ordinance will be amended to include a “two-tier process.” For buildings with three or fewer units, the permit will go through the 311 notification process – where concerned neighbors (who subscribe to the notification) can demand a Planning Department hearing.

Properties that have four units or greater (which is where we’ve seen the worst Ellis Act cases) will go through mandatory discretionary review. The presumption would be to approve the permit, but it would still mean a Planning Commission hearing – where the Commission would have to make certain findings, such as there were no Ellis evictions. If the Planning Commission finds cause to deny it, the garage permit will be stopped.

The original legislation had a long series of criteria that would have to be evaluated at the Planning Commission. The compromise strips it down to two basic points – (a) whether there was a no-fault eviction, and (b) whether it removes any residential dwelling unit. For Chiu and Chinatown tenant activists, these were the criteria that mattered the most.

Dufty was concerned that a more rigorous garage permit process would burden property owners who are not trying to evict people. Effectively, the ordinance has been modified to zero in on the “bad actors.” The measure will be back to the Full Board next week.