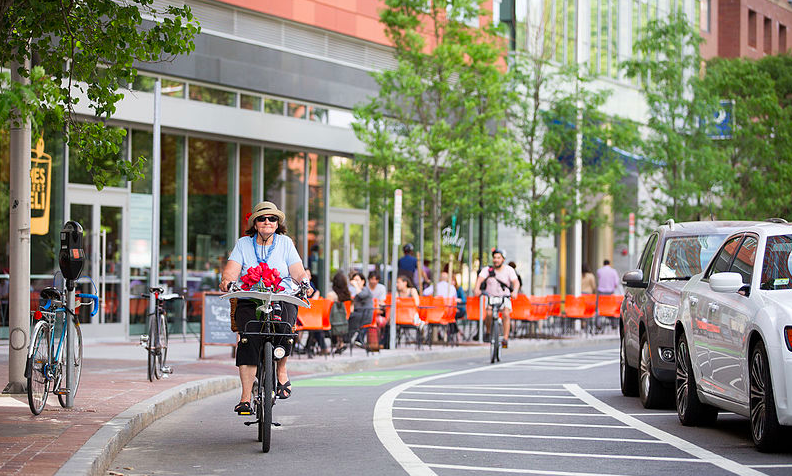 This piece first appeared in StreetsblogUSA

Experts long have bemoaned the gender gap in cycling: Three in four bike trips in the United States are made by men. It also has been known for some time, too, that women’s heightened concerns for safety help explain the disparity.

New evidence, however, suggests that women might justly fear for their safety when hopping on a bike. A new study measuring passing distances in Hennepin County, Minn., finds that drivers are much more likely to pass female cyclists at an unsafe distance.

Researchers from the University of Minnesota used radar to measure the passing distance on different kinds of streets — those with protected bike lanes, those with no bike infrastructure, and those with painted bike lanes.

In the 2,949 passing events recorded, only about 33 drivers — slightly more than 1 percent — “encroached” on cyclists — meaning that they passed at a distance of fewer than three feet, in violation of Minnesota law. But of those events, 73 percent of the dangerous passing maneuvers involved female cyclists. Statistically, women were about three times more likely to face encroachment by motorists, a result that surprised the research team.

The study “confirms female cyclists’ concerns about safety on the road, and underscores the need for greater investment in safer facilities like protected bike lanes,” wrote University of Minnesota’s Greg Lindsey in a summary report.

He added that, assuming that the gender-based patterns of encroachment extend into the general population, “women riders face additional risk. Indeed, based on these findings, women cyclists likely experience tens of thousands more instances of encroachment each year.”

The report also confirmed that high-quality bike infrastructure improves safety for cyclists. On streets with a bike lane that was separated from traffic by plastic bollards, the average passing distance was 90 inches — more than on streets with no bike lanes or painted lanes. On roads that had painted bike lanes or no bike lanes, the average passing distance was 62 to 63 inches. Of the 33 “encroachments,” none happened to a cyclist in a protected bike lane.

These findings also may help explain why the cycling “gender gap” drops in places that have strong, protected bike infrastructure.

“Separation of cyclists from vehicular traffic reduces encroachments and can address the well-founded concerns women have about safety,” the authors said.