Drip, Drip, Drip: The US Disaster in Afghanistan 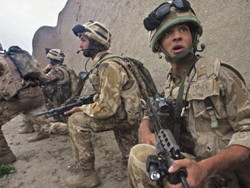 Call it a mantra, a litany, or a to-don’t list, but the drip, drip, drip of Afghan disaster and the gross-out acts accompanying it have already resulted in one of those classic fill-you-in paragraphs that reporters hang onto for whenever the next little catastrophe rears its ugly head. Here’s how that list typically went after the Los Angeles Times revealed that troops from the 82nd Airborne had mugged for the camera with the corpses or body parts of Afghan enemies: “The images also add to a troubling list of cases — including Marines videotaped urinating on Taliban bodies, the burning of Korans, and the massacre of villagers attributed to a lone Army sergeant — that have cast American soldiers in the harshest possible light before the Afghan public.”

That is, of course, only a partial list. Left out, for instance, was the American “kill team” that hunted Afghan civilians “for sport,” took body parts as trophies, and shot photos of their “kills,” not to speak of the sniper outfit that posed with an SS banner, or the U.S. base named “Combat Outpost Aryan.”

(For Afghans, of course, it’s been so much worse. After all, what Americans even remember the obliterated wedding parties, eviscerated baby-naming ceremonies, blown away funerals, or even the eight shepherd boys “armed” with sticks recently slaughtered by helicopter, or any of the “thorough investigations” the U.S. military officially launched about which no one ever heard a peep, or the lack of command responsibility for any of this?)

When a war goes bad, you can be thousands of miles away and it still stinks like rotting cheese. Hence, the constant drop in those American polling numbers about whether we should ever have fought the Afghan War. Yes, war strain will be war strain and boys will be boys, but mistake after mistake, horror after horror, the rise of a historically rare phenomenon — Afghan soldiers and policemen repeatedly turning their guns on their American “allies” — all this adds up to a war effort increasingly on life support (even as the Obama administration negotiates to keep troops in the country through 2024).

In the Vietnam era, when a war went desperately wrong for desperately long, a U.S. draft army began to disintegrate into rebellion and chaos. In Afghanistan, an all-volunteer “professional” army may instead be slowly descending into indiscipline, stress-related trauma, drug use, and freak out. The simple fact is that defeat, however spun, affects everything in countless, often hard to quantify ways.

In war, as in everything else, there is, or should be, a learning curve. In the Afghan War, as Nick Turse points out in “Wars of Attrition,” the U.S. high command, the Pentagon, and the White House remain stuck in a rut at least four decades old. There should be some command responsibility for that, too.

This piece was earlier published in Common Dreams.