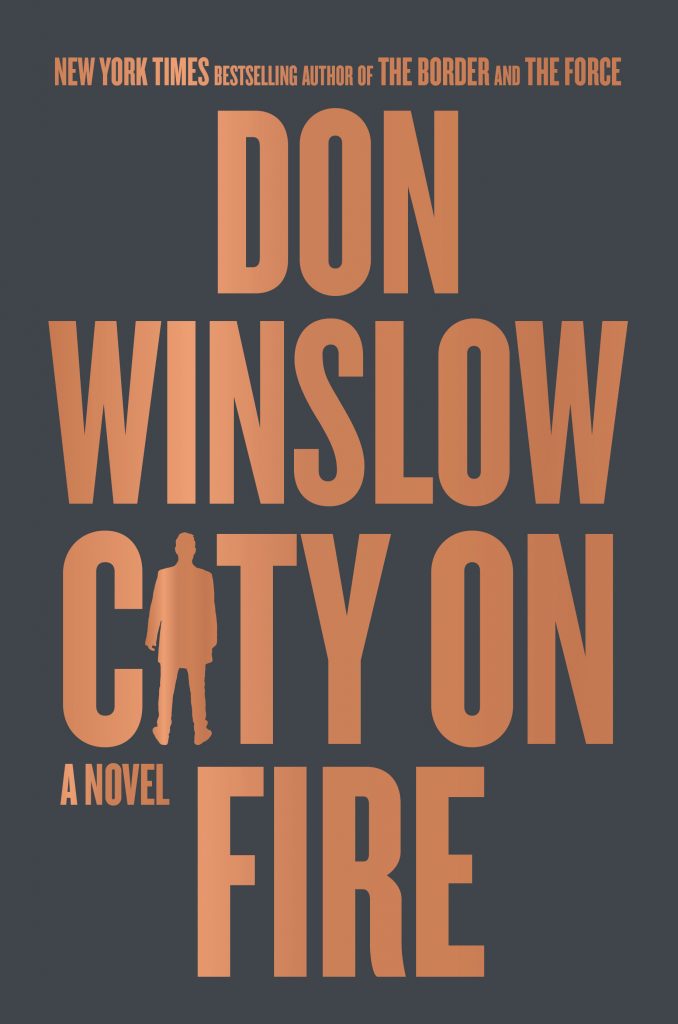 Don Winslow is among my favorite novelists. His three book Cartel Trilogy on the DEA and Mexican drug wars is some of the best fiction I have ever read. On April 26 he’s releasing a new book, City on Fire, which brings his astute observations to the crime world of Rhode Island, where Winslow lives half the year.

I interviewed Winslow in connection with his April 27 in-person appearance at Book Passage in Corte Madera (Tickets are required). I asked him how he had the time to write three long, powerful books (The Power of the Dog, The Cartel and The Border) in such a short time.

Winslow said he treats writing as a job. He begins at 5:30 am and continues until 5:30 pm with small breaks in between. There are no short cuts to great fiction even among the masters like Winslow—it requires dedication, hard work, and talent.

His new book is also the first of a trilogy. I asked Winslow when he expected to finish the next two volumes—he said they are already done. The trilogy is based on Winslow’s recognition that ancient works that laid the groundwork for modern fiction—like The Ililad—-can be analogized to today’s books about organized crime. The romantic triangles, revenge murders, and character development found in these classic texts are all in Winslow’s earlier trilogy and will be in his new trilogy as well.

I don’t normally read crime fiction. I picked up Winslow’s The Border after its fantastic New York Times review. I could not put it down. I then read the next two books. After roughly 1900 pages of Winslow I was hungry for more and read nearly all of the rest of his books.

He’s more political than other crime writers. He creates memorable characters rather than stick figures. This applies to City on Fire, which I read via an advance copy and is available for purchase on April 26.

Winslow was very active on Twitter criticizing President Trump. But City of Fire takes place in the 1980’s and 1990’s. Winslow told me he prefers tweeting his current political writings, where you can follow him @donwinslow. Two days after our interview Winslow announced he was retiring from writing to work fulltime creating political videos targeting Trump and the Republican Party.

I rarely review fiction because people’s likes are very subjective. But if you have not read Don Winslow, I strongly encourage you to pick up City of Fire. It will get you clamoring to read more from this powerful and insightful writer.