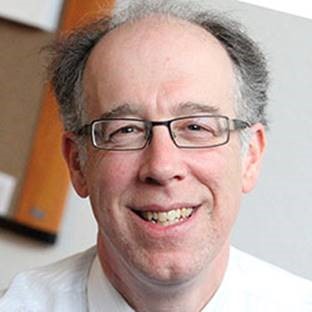 A Giant for Affordable Housing

Don Falk, who helped the Tenderloin Neighborhood Development Corporation (TNDC) add 37 buildings since 1994, is retiring from the organization. He leaves with a remarkable legacy. Falk’s expansion of affordable housing opportunities during this period is unmatched in San Francisco—and likely for nearly all American cities.

Many readers may not know Falk. Since joining TNDC as Director of Housing Development in 1994 and then Executive Director in 2005,  he has kept a low profile. He prefers TNDC  gets the credit. His upcoming retirement gives us a chance to acknowledge his extraordinary impact both in the Tenderloin and throughout San Francisco.

When Falk arrived at TNDC, Kelly Cullen had been Executive Director for a year. Cullen took over an organization in deep crisis. TNDC had not expanded its housing stock in five years. Cullen and Falk began a remarkable partnership driven by a common belief in the importance of acquiring land for affordable housing.

I describe in my book on the Tenderloin how TNDC and other nonprofit housing groups helped the neighborhood avoid gentrification and displacement. Falk was a true believer in taking land off the private market and making it available for affordable housing. I have never come across a nonprofit housing developer more focused on acquiring land than Don Falk.

With Cullen’s encouragement Falk got busy acquiring sites. His first new construction project was outside the Tenderloin at 8th and Howard, in partnership with Citizens Housing. This reflected TNDC’s expansion beyond the Tenderloin. It currently houses tenants in nine neighborhoods, including its recent foray into the Sunset neighborhood.

TNDC’s first new construction project  retained architect David Baker to build Curran House on Taylor Street in the Tenderloin. Baker created the type of bold design not normally associated with nonprofit housing. TNDC subsequently retained Baker for 222 Taylor and 555 Larkin, the latter of which is under construction.

Falk’s alliance with Baker reflects a part of his legacy that often gets overlooked. TNDC consistently produces beautiful buildings. And when it renovates SROs—like the Ambassador Hotel—it restores their historic luster and beauty. Falk takes pride in building high-quality nonprofit buildings and using the best tools for historic preservation.

All of TNDC’s new Tenderloin projects have been family housing. Falk told me, “Ever since the end of the Vietnam War brought Southeast Asian families to the Tenderloin it has been a family neighborhood. Yet our housing stock was primarily SROs and studio apartments, which do not adequately serve families. TNDC has been committed to filling the Tenderloin’s acute family housing gap.”

Falk sees two big challenges both for TNDC and San Francisco’s entire affordable housing community. First, “the rising costs of development and operations are really worrisome. Nobody is talking about the rise in insurance and other operational costs.” Second, “it’s a major challenge to attract and retain quality talent. Our salaries cannot compete with the private sector and the Bay Area is a very expensive place to live.”

For example, San Francisco’s recent budget surplus was used to fund a lot of new programs but no money was added to make nonprofit housing groups’ salaries more competitive. San Francisco adds a 2-3% cost of doing businesses to nonprofit budgets but the gap between worker salaries in the city workforce or private sector and housing nonprofits continues to grow.

Nonprofit leaders like Don Falk have such a powerful commitment to affordable housing that they  overcome these financial challenges. But it gets harder by the year, particularly with COVID.  I hear from some nonprofits who simply feel they cannot take on new projects without getting the city to raise salaries for new workers.

Falk’s only plans is to take a long rest before deciding his next steps. He needs to get away from people like me who are already suggesting how much he could help the nonprofit housing sector in the East Bay.

I often say that for the many bad breaks the Tenderloin has gotten over the years, it had a great stroke of luck in Don Falk choosing to work in the neighborhood. TNDC now houses over 6000 residents, most of whose buildings were built or acquired on Don’s watch.

We’ve had a lot of great leaders help build a better Tenderloin. Don Falk is at the top of the list.