Do Hipsters on Food Stamps Shop at Whole Foods? 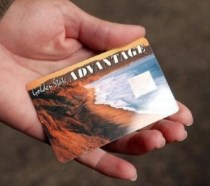 Have you noticed unemployed hipsters clogging the checkout at your local Whole Foods Market, using electronic benefit transfer (EBT) cards to buy sustainably raised quinoa and heritage pork with food stamps? Yeah, me neither. But according to a recent opinion piece in the SF Chronicle, this societal leech in skinny jeans and ironic eyewear is the 2.0 version of Ronald Reagan’s “Cadillac-driving welfare queen” – the symbol of all that the Chronicle’s Debra J. Saunders feels is wrong with the current food stamp safety net.

In her essay “Congress should cut food stamp program”, Saunders bemoans the fact that enrollment in food stamps (now called SNAP, or CalFresh in California) has grown by 70% since 2008; she supports Republican House members’ vote to gut the program.

You remember 2008, right – the year the economy went into the toilet, 2.6 million US workers lost their jobs, and the number of unemployed Americans rose to 11.1 million? No surprise that SNAP numbers started climbing that year.

Saunders rightly notes that SNAP enrollment is at an all time high, and wonders why that is, since she claims that “with the economy improving and unemployment shrinking, program participation should be falling.” Apparently she is unaware that while the economy may be getting better for some, the improvement is not benefiting everyone equally.

At the time of his study, the most current available data was for 2010, but Saez predicted that “It is likely that this uneven recovery has continued in 2011 as the stock market has continued to recover. National Accounts statistics show that corporate profits and dividends distributed have grown strongly in 2011 while wage and salary accruals have grown only modestly. Unemployment and non-employment have remained high in 2011.”

In other words, people still need the safety net of food stamps because while the top 1% are now earning more, most people’s salaries have barely budged.

As for those new jobs that Saunders believes should be “shrinking” unemployment, the National Employment Law Project says, “Since the recession, 58% of new jobs have been in low-wage occupations like cashiers and food preparation where the minimum wage sets pay scales.”

And remember those 11.1 million unemployed folks in 2008, who likely relied on SNAP to be able to eat? US Department of Labor statistics for August 2013 show that 11.3 million Americans are now unemployed – more, not fewer, than in 2008.

So with most employed people’s salary stagnating, most new jobs paying minimum wage, and higher unemployment now than in 2008, is it really a big surprise that SNAP enrollment is not tumbling?

Saunders brushes aside the explanation that “It’s the economy, stupid”, insisting instead that “Congress loosened standards for eligibility so that able-bodied adults without children were able to skirt work requirements, and others qualified simply because they qualified for other welfare benefits.” The result, she says, is “hipsters who shop with their EBT cards at Whole Foods and, in some states including California, fast-food joints. Clearly these folks aren’t truly needy; otherwise they’d be shopping where their dollars – well, other people’s dollars – go furthest.”

Talk about palpable emotion! Can’t you just feel Saunders’ righteous outrage that “her” dollars are going to fund a fast food meal for some lazy hipster who can’t be bothered to find a real job – you know, like writing outraged commentary excoriating the poor for buying dinner off the Dollar Menu?

How many of Saunders’ imagined able-bodied childless moochers can possibly be getting SNAP benefits? According to the Center on Budget and Policy Priorities, as recently as 2011, children and elderly or disabled adults comprised 64% of SNAP recipients. Of the remaining 36%, 22% are adults in families with children; just 14% of SNAP recipients are able bodied, childless adults of working age. With about 48 million individuals getting SNAP, that would be about 6.7 million potential “deadbeats”.

But according to the USDA, “Generally, able-bodied adults aged 18 to 50 who do not have children and are not pregnant can only get SNAP benefits for 3 months in a 3-year period unless they are working or participating in a work or workfare program.”

Just because some SNAP recipients are able bodied, childless, and of working age, does not necessarily mean that they have chosen not to work, preferring to spend their day grazing on pricey delicacies from Whole Foods purchased with their EBT cards. More likely, they are just underemployed in today’s new economy of part time jobs and low wages.

Some work for Walmart, the nation’s largest private employer, with 1.3 million “associates” in the US.

The Democratic staff of the U.S. House Committee on Education and the Workforce released a report in May 2013 on the effect on taxpayers of Walmart’s labor practices. The report, which focused on the state of Wisconsin, found that because Walmart paid such low wages to most of its employees (with the average sales associate earning just $8.81 per hour), between 10-25% of their workers in Wisconsin qualify for SNAP.

As the report says, “When low wages leave Walmart workers unable to afford the necessities of life, taxpayers pick up the tab. Taxpayer funded public benefit programs make up the difference between Walmart’s low wages and the costs of subsistence.”

Another issue that has Saunders’ knickers in a twist is “college websites that encourage students to enroll in SNAP.” She says she was alerted to this by a professor at Portland (OR) State University, and she even speculates that “Washington invites college students to apply for food stamps in an attempt to normalize usage so that even people who don’t really need welfare sign up anyway.”

But I guess the good professor forgot to inform Saunders that there is a lot more to being eligible for SNAP than just being a college student. According to the USDA:

Most able-bodied students ages 18 through 49 who are enrolled in college or other institutions of higher education at least half time are not eligible for SNAP benefits. However, students may be able to get SNAP benefits if otherwise eligible and they:

Also, a single parent enrolled full time in college and taking care of a dependent household member under the age of 12 can get SNAP benefits if otherwise eligible.

So, students who attend college part time while also working, and possibly caring for a dependent, may be eligible for food stamps. Aren’t these young people, struggling to gain the education they need to get a better job and end their dependence on government assistance, exactly the ones we should want to help?

Not quite the same thing as the flood of Stanford design school students scamming welfare to buy free range chicken and black truffle oil (at the behest of Washington, no less) that Saunders seems to hallucinate.

One area where SNAP use is growing rapidly is the military. While in 2008, a reported $31 million in food stamps were redeemed on US military bases, by 2012 that amount had grown to $99 million, and is on track to exceed $100 million this year. In addition to low-paid active duty military personnel relying on food stamps, the Huffington Post in 2012 reported that “census data suggests that some 1.5 million households with a veteran were receiving SNAP benefits.”

After tweeting the link to that article, I heard from another combat veteran. Casey Hinds is a former Air Force Pilot, the mother of two daughters, and an active promoter of child wellness policies. She says:

“As a former C-130 pilot for the United States Air Force, I have seen the effort our country will put into helping people in need. During the Bosnian conflict, I flew relief supplies into Sarajevo which included food for those in the war torn city. We kept our engines running while offloading those supplies in case we had to make a quick escape to avoid a Serbian artillery barrage or sniper fire from surrounding hills.

“Young soldiers today continue to risk their lives to help those in need, but the House vote to cut SNAP funding threatens vital assistance for many military families. The phrase “Thank you for your service” rings hollow when veterans and active duty service members and their children would be some of the hardest hit by SNAP cuts.

“Our country stood up to Slobodan Milosevic’s bullying when he used his power to intimidate and control others of lesser power by cutting off their supply of food. We must also stand up to those who would cut $40 billion from SNAP.”

House Republicans trying to shred a safety net program that overwhelmingly serves children, the elderly, the disabled, those who have served and are serving their country, and those who remain trapped in low wage part time work while the economy flounders, is shameful. Saunders’ efforts to justify this appalling behavior by conjuring the illusion of the EBT-card wielding hipster at Whole Foods is worse.

As Jason Kirell, that 35 year old veteran on food stamps wrote, “Anyone who genuinely supports cutting food stamps is not an intellectual or an ideologue — they’re a bully. And nobody likes a bully. Except other bullies.”