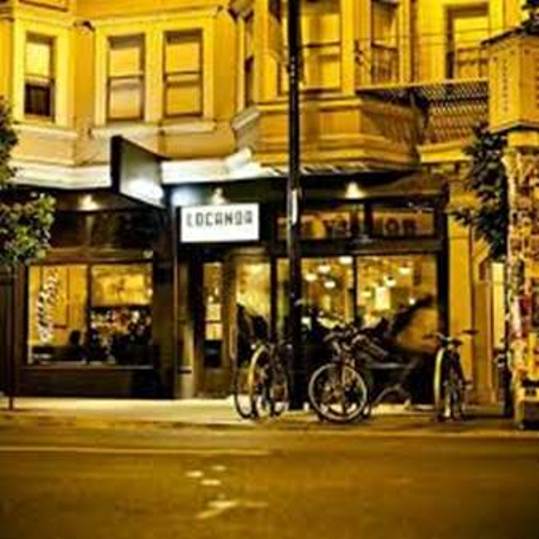 Restaurants, bars, and other small businesses have taken a huge hit from the coronavirus. Many will never reopen. Some are also calculating whether it is worth reopening given city policies stacked against them.

Many restaurants were on the financial brink even before the pandemic. I found this account from the owner of NYC’s heralded East Village restaurant Prune particularly poignant:

The conversation about how restaurants will continue to operate, given the rising costs of running them has been ramping up for years now; the coronavirus did not suddenly shine light on an unknown fragility. We’ve all known, and for a rather long time. The past five or six years have been alarming. For restaurants, coronavirus-mandated closures are like the oral surgery or appendectomy you suddenly face while you are uninsured. These closures will take out the weakest and the most vulnerable. But exactly who among us are the weakest and most vulnerable is not obvious.

The Bay Area has seen the closures of San Francisco’s highly regarded Locanda restaurant and Berkeley’s longtime stalwart Lalime. I found this March 20 7×7 interview with Annie Stoll, co-owner of Locanda (and also of Delfina, which has temporarily closed), very sad.

Every politician claims to love and support small businesses. But city policies hurt the industry. This point was made clear in an April 23 San Francisco Chronicle op-ed from D8 supervisor Rafael Mandelman, Ben Bleiman, founder of the SF Bar Owner Alliance and chair of the California Music & Culture Association, and Laurie Thomas, Board Chair/Executive Director of the Golden Gate Restaurant Association.

Titled “How S.F. can help small businesses recover and thrive after COVID-19 subsides,” their recommendations apply to most big cities. They target  unnecessary planning code restrictions, a byzantine permitting process, and the “piling on” of funding obligations by well meaning “progressive” legislators. The report also highlights a core issue that many urban legislators avoid: how problem street behavior “overwhelms our commercial corridors, driving away customers, and forcing small businesses — literally — to clean up the messes that the city couldn’t.”

San Francisco, Oakland and other cities have also passed or are considering vacancy taxes as a strategy to bring down retail rents. But far more is needed. I hope Supervisor Mandelman can get his colleagues to pass legislation incorporating the article’s recommendations. If votes are lacking it only takes four supervisors to put a measure on the November ballot. Given public support for small businesses a ballot measure helping to protect them is very likely to win.

And there is no room for delay. The Golden Gate Restaurant Association estimates as many as 50% of the city’s restaurants may permanently close; San Francisco must give owners a reason to believe in a brighter future.

The recommendations do not include what for some cities is the most important policy change of all: increasing housing density on commercial corridors. This expands small business’ customer base and was needed before the coronavirus.

My January 29, 2019 story, “Cure For Vacant Storefronts? Build Housing” could easily be retitled “Want to Save Small Business? Build Housing.” The business shutdown has made people even more dependent on online shopping and food deliveries. This puts small businesses even more at risk; if cities are serious about saving them then expanding their customer base is a must.

Building at least six stories of housing on major transit corridors like Berkeley’s University Avenue and streets throughout Los Angeles—which California’s failed SB 50 would have done—would have been a lifesaver for nearby restaurants and other small businesses. Yet local politicians helped kill the measure, with many justifying opposition  on the bill’s overriding “local control.” No California city has used its “local control” to rezone its thoroughfares to increase housing density.

Downtown Berkeley shows how much allowing at least six stories of housing on transit corridor would be a huge boost for nearby restaurants, cafes, bars, hardware stores and the like. Prior to the shutdown downtown Berkeley’s restaurants were thriving as never before, with the only difference from five years ago being the many new housing developments in the area. This increased density brought a flood of customers now living within walking distance to patronize nearby small businesses.

It appears that politicians claiming to support small business favor anti-apartment homeowners even more. That’s why cities prefer small businesses to fail than to arouse the wrath of homeowners whose model of “neighborhood character” denies these establishments the customers they need.

Randy Shaw discusses the need for increased housing density in Generation Priced Out: Who Gets to Live in the New Urban America, now out in paperback from UC Press.