District 5 Tenants Score Big Win at Board of Appeals 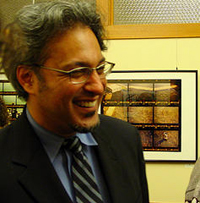 A District 5 building full of long-term tenants defeated their landlord’s attempt to displace them Wednesday. Facing the Board of Appeals, these tenants sought revocation of a permit filed for by their owner that would have caused multiple evictions and the destruction of every unit’s back porch. In a surprise decision, the Board ruled unanimously for the tenants, with one of the Board’s more conservative members calling the application one of the worst cases of abuse of the permit process he’d ever seen.

The revocation hopefully represents the end of an attempt by the building’s owner – Prana 8 Investments – to turn a profit on a property at the expense of the city’s affordable rental housing stock and tenants.

Prana 8 bought 1980-1998 Golden Gate and 800-808 Lyon, a 13-unit building, in 2002. In an attempt to free up units to be rented out at market rate, Prana 8 filled out an over-the-counter permit application at the Planning Department that claimed certain units were illegal and needed to be brought up to code. Making the necessary renovations would have required the eviction of tenants.

As we recently reported, the units weren’t illegal, and Prana 8 only claimed they were so they could clear the units. However, due to a hole in the permit process, the Planning Department did not review the application, and it received approval.

The permit also sought to obtain permission to demolish a network of decks and stairs in the back of the building. Prana 8 could then tear down a nearby building and build condos on the site that could be placed right up against the Golden Gate and Lyon building. The permit application, however, used incorrect zoning maps to try and achieve approval, which the Board of Appeals took into account in their decision.

Threatening to destroy the decks represented more than just being able to turn a profit on new condos. It also fit into the general campaign of harassment Prana 8 launched after obtaining the site. Prana 8 replaced all of the units’ glass doors with thick wooden doors so a master key could be created for the entire building, then began entering units unannounced. The landlords also started issuing unnecessary three-day eviction notices to tenants, some claiming that if tenants didn’t move all their possessions out of their storage units immediately, they would be evicted, despite storage space being part of their tenancy.

Prana 8’s behavior attracted the attention of District 5 Supervisor Ross Mirkarimi, who visited the site and wrote a strong letter to the Board of Appeals urging the revocation of the permits. Mirkarimi advocated against the loss of affordable rental housing and the abuse of tenants by Prana 8

The Board ultimately agreed with Mirkarimi’s letter, voting unanimously to kill the permit. The ruling represented a major victory for the building’s tenants, some of them long-time tenants with rent control who could be forced to leave the city if kicked out of their building. It also represented a victory for any other current or future Prana 8 tenants.

“Prana’s been exposed, and the next time they try to get a permit though that is really just an attempt to remove affordable housing and parts of people’s living speaces, they’re going to be under scrutiny,” said Raquel Fox, the Tenderloin Housing Clinic attorney who represented the tenants. “All of the building is happy they were exposed. These people are basically white collar criminals.”