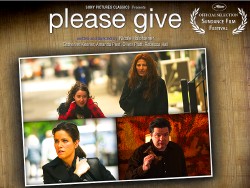 Second in a series of reports from the 2010 Sundance Film Festival in Park City, Utah.

Christian Frei’s half-humorous/half-melancholy documentary “Space Tourists” considers whether space exploration is a vital human endeavor or a wasteful material indulgence. For the romance of space part, the film primarily follows Anousheh Ansari, the first female space tourist to spend a week on the International Space Station. For a tour of the earthly manifestations of the Soviet space program, Magnum photographer Jonas Bendiksen is the viewer’s guide on a trip that takes viewers from Space City to the Kazakhstan steppes.

Bendiksen’s journey allows the viewer to see how space exploration became incorporated into 1960s and 1970s Soviet culture to a degree that would make American space advocates jealous. From the fresco of a Russian astronaut with outstretched arms to a bouncy song about astronauts going into space, the Russian space program seemed immune to popular disfavor. That was before Mikhail Gorbachev’s decision to kill the space shuttle Buran presaged the slow strangulation of Russia’s space program. In these circumstances, giving rides to space tourists whose payments cover half the cost of a typical Soyuz launch becomes a political win-win situation.

Ansari’s radiant charisma dispels any mercenary growlings from the viewer. The Iranian-American dreamed of traveling into space for 35 years. As the viewer looks at Ansari’s bright eyes and utterly joyful smile, one can imagine the girl she was and the adult she became floating hand-in-hand among the stars. The American space tourist does remain sufficiently down to earth to listen to an iPod during a boring centrifugal motion test.

Frei’s decision to devote footage to Dumitriu Popescu’s Romanian space effort and the Kazakhstan rocket booster salvage men expand his central theme in different ways. Popescu’s low tech effort symbolizes the ordinary person’s attempt to share in the dream of space exploration. The Kazakhstan sequences speak to the idea that even the resources devoted to building rocket boosters doesn’t get wasted. What may have been part of a fuel tank gets re-used as an improvised cooking pot.

In the end, Frei’s balance of reverence and ridiculousness makes a longing to see the stars that much more human.

Director Bobby Miller had the perfect recipe for weirdness with his short film “Tub.” A young lawyer jerks off in his bathtub and gets it pregnant. So why did the film development of that idea seem to fall flat? Probably because doing justice to a nutty idea requires chasing the unpredictable while making that chase seem reasonable. Miller sadly went for the reasonable without providing any surprise other than an avoidance of checking one’s watch. A disappointment.

What does it mean to be generous? Can one give and still not be generous? When is selfishness necessary? These types of questions usually provide the grist for heavy moral dramas. Leave it to director Nicole Holofcener to find bittersweet comedy in this theme. Her new film “Please Give” uses a wonderful ensemble cast to consider the various permutations of human generosity and selfishness.

Leading the acting ensemble is the always memorable Catherine Keener. She plays Kate, whose guilt about her privileged existence comes from such activities as running a business which preys on peoples’ ignorance regarding the value of estate-sale furniture. Rebecca, a mammogram technician, seriously resents Kate for becoming the virtual landlord of the technician’s grandmother Andra. What the yuppie spins as an act of generosity is (accurately) seen by the granddaughter as a vulture-like scheme to eventually expand into Andra’s apartment.

Holofcener ensures her characters do more than illustrate various points of the generosity/selfishness spectrum. The director shows how certain mixes of selfishness or generosity impacts a character’s personality. Rebecca’s generously devoting time to caring for her aged grandmother comes at the expense of lacking a serious personal relationship. Alex (Oliver Platt) is fascinated by the selfish forthrightness of Mary (Amanda Peet).

The film’s other major strength is its willingness to challenge various mainstream movie expectations regarding women. All her female characters have individualized personalities which step beyond the usual character clichés. Even Peet’s attractive Mary has easily understandable reasons for her usually abrasive actions. The bare breast montage which opens the film is less about sexually exciting male viewers and more about hinting at the personal stories of these women.

Holofcener’s brand of comedy won’t work for those who like their humor loud and obvious. But for viewers who appreciate deceptively gentle and quietly weepy humor, this film will delight them.

The Slamdance short film “Point of Entry” attempted to put a human face on the undocumented immigrant issue. Director Zeus Quijano, Jr. certainly deserves props for portraying the issue’s emotional implications over politics. However, the resulting piece felt too amorphous to be memorable. Had there been a sharper focus to the Mexican family’s reluctant dependence on their essentially exiled son’s monies, the piece would have been more effective.

Another Slamdance short film, “Monsters Down The Hall,” certainly made the most of its low budget setting of a public housing hall and apartment. S. Vollie Osborn’s short used that setting for a story intended to straddle the border of horrors both mundane and fantastic. But the director failed to create either an atmosphere of visual ambiguity or material for a child’s imagination to run wild. Still, the images of the Melting Man and the other inhabitants were sufficiently disconcerting.

Feature documentary “Mamachas del Ring” provided somewhat greater interest. Betty M. Park’s portrait of Bolivian woman wrestler Carmen Rosa the Champion simultaneously touches on both indigenous people’s pride and sexism. There’s something wonderfully fun and exhilarating in seeing Carmen kick butt both in and out of the ring, especially since she wears traditional long skirts and bowler hat while doing so. The claymation sequences act as both commentary on the events and crude fun in their own right. However, when the film turns to following Carmen’s increasingly frustrated efforts to build a career outside of the wrestling ring, the film’s momentum and energy seems to leach out.