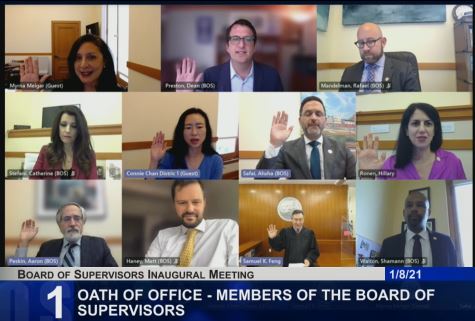 San Francisco’s Board of Supervisors is the most progressive in history. And it follows two decades of sharply rising housing prices and hyper-gentrification.

But San Francisco is more progressive than ever. Here’s why this happened and is unlikely to change in the near future.

Since the return of district elections in 2000 the political views of San Francisco supervisors have remained remarkably steady. Current supervisors in districts 1, 2, 3, 5, 6, 8, 9, 10 and 11—nine of the city’s eleven districts—are a close ideological match to their 2000 predecessors (D3 is an exact match)..

The big changes have occurred in Districts 7 and 4.

District 7 narrowly elected Republican Tony Hall in 2000 in a December runoff. Even if ranked choice voting had elected the more progressive Mabel Teng she was more of a centrist than current supervisor Myrna Melgar (Melgar has already come out for adding affordable housing to D7 while predecessor Norman Yee long opposed any homeless services in the district)  District 7 has had San Francisco’s biggest voter shift since the 1970’s but is not typically associated with the city’s gentrification.

District 4’s Gordon Mar is far more progressive than 2000’s Leland Yee. Yee was fiercely anti-tenant  while Mar backs tenant protection and is solidly progressive.  D4’s leftward shift may have been caused by Mar’s weak opponent in 2018, so it’s too soon to say whether the district’s politics around supervisors has significantly changed.

Here’s how a city whose median single family homes prices exceed $1.7 million and whose rents remain the nation’s highest elects such a progressive Board.

Many San Francisco activists believe that new market rate housing brings in affluent voters who will oppose progressive change. I have always disagreed with this. My own personal revelation occurred in 1999 when I was co-writing a study on the health impacts of the housing crisis (“There’s No Place Like Home: How America’s Housing Crisis Threatens Our Children”). I met super-progressive doctors eager to participate in the media rollout of our report.

I never associated physicians with being progressive but learned that many doctors practice in San Francisco because they want to live in a progressive community. San Francisco attracts similar minded people for nearly all professions.

D5 is as far left today as it has ever been despite a much wealthier electorate.

My chapter on San Francisco’s Mission District in Generation Priced Out argues that grassroots resistance brought a huge amount of affordable housing to the neighborhood. Those engaged in resisting various housing developments helped fuel a broader grassroots electoral movement for supervisor races. District elections prioritize direct voter contact (which was true even during the pandemic) and  the left’s campaign mobilization team could make up for progressive candidate’s being outspent. Spending differentials also mean less as the city has public financing.

Preston’s D5 campaign had a movement sensibility I didn’t see for “moderate” supervisor candidates (Scott Wiener in 2016 and 2020 and London Breed in 2018 had this sensibility which is one reason they both won). I raise this not to discount the number of grassroots volunteers moderate candidates attract; rather,  the agenda of these candidates seemed fuzzier and less passionate than their progressive opponents (The left’s movement sensibility also helps explain why progressives now dominate the San Francisco Democratic County Central  Committee).

Tech’s electoral impact on San Francisco has been vastly overstated. As I wrote in October 2013 (“Is Tech Changing San Francisco, or are SF Values Changing Tech?”) “San Francisco, like other urban centers, has seen an influx of high earning young people since the 1970’s. But as San Francisco has gotten more affluent, its progressive values—as evidenced by voting patterns—have not changed.”

I wrote that as many progressive activists and media were claiming tech had destroyed San Francisco’s core values and “gentrified” the Tenderloin. My strategy for refuting the latter was to suggest reporters walk through the neighborhood; some still preferred to write about a mythical “Twitterloin” rather than a working-class neighborhood that suffered no residential displacement from the tech boom.

I would be remiss if I did not note that Mayor Breed, State Senator Wiener, and Assembly member David Chiu show that in citywide races those identified as “moderates” do much better. Direct personal contact is less vital in these elections and a very different set of issues are before voters. Plus all three of the above and other “moderates” are viewed by a lot of voters as “progressive,” reflecting how the entire political debate in San Francisco has shifted left over the past four decades.