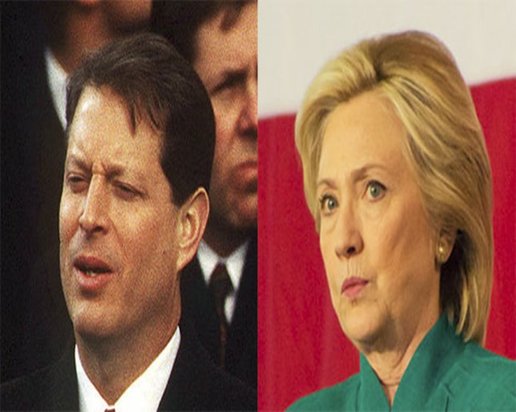 The 2016 presidential race is showing remarkable similarities to 2000. And that has Democrats and progressives understandably nervous.

Recall that Democrats entered the 2000 presidential nomination cycle with Vice-President Al Gore the virtually certain nominee. Gore’s backing by Party insiders was matched by an utter lack of enthusiasm among activists, many of whom rallied behind Ralph Nader’s Green Party campaign.

Rising economic fortunes during the Clinton years seemed to ensure a Gore victory. But the lack of enthusiasm for Gore, strong media bias favoring Republican George W. Bush, and Nader’s candidacy allowed the U.S. Supreme Court to steal the election for Bush.

We know what this meant for the next eight years. And a Republican President from the current field would make the next four years even worse for progressives.

And it can happen.

But four major differences from 2000 make a Democratic win in 2016 likely.

Labor unions have become so synonymous with the Democratic Party’s electoral base that its enthusiasm level is crucial. And with leading Republican presidential contenders all vowing to put unions out of business if elected, labor will ensure powerful grassroots support for Hillary Clinton or another Democratic Party nominee.

This was not the case in 2000. Gore never got labor much excited, and the election stakes for labor were not nearly as high.

So even though the Democratic base is not currently “fired up” over Clinton, it will strongly back her if she is the nominee. I think enthusiasm for Clinton will increase as soon as the October 13 debate, as she demonstrates views far more in common with Bernie Sanders than with any Republican candidate.

Another factor helping to prevent a repeat of 2000 is that the Republican nominee 2016 will be nowhere near as strong as George W. Bush. Bush was the son of a president, governor of a major state, and had the entire GOP unified behind his nomination.

As President, Bush was inarticulate, disengaged, and a hard right conservative. Yet he had a much more positive demeanor during the 2000 presidential campaign, and ran not as a right-winger but as a “compassionate conservative.” Many progressives claimed during the 2000 campaign that there was little difference between Bush and Gore, which is a claim few will make about the Democratic and Republican nominees in 2016.

So while Clinton or another Democratic nominee is likely to be stronger than Gore, the Republican nominee will certainly be weaker than George W. Bush.

A third factor distinguishing 2016 from 2000 is the changed  electorate. Republicans have won only one national popular vote for President since 1992, and that 2004 race was unusually impacted by 9/11. The nation’s demographic shifts have turned the anti-immigrant GOP into a virtual white peoples’ party, which makes winning national elections harder each year. The GOP’s Latino problem will badly hurt their chances in 2016.

Latinos supported Clinton over Obama in 2008. Latinos are among her most enthusiastic backers, which likely means a high Latino voter turnout in 2016.

Finally, in 2000 social issues helped Bush more than Gore. Those days are gone. The GOP war on women’s health and opposition to gay rights will help the Democratic nominee, unlike 2000 (recall that even in 2004 Dianne Feinstein blamed Kerry’s loss on the gay marriage issue).

So as ominous as the 2000 storm clouds may appear for 2016, labor’s stronger role, a weaker GOP nominee, a more diverse electoral demographic, and a shift to Democrats on social issues all bode well for Democratic chances. And who knows, if Republicans go off the cliff and nominate Donald Trump a 2016 election that now has progressives worried will instead become a Democratic landslide.