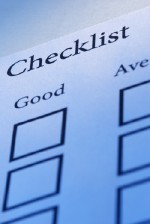 Until the Senate leadership announced that the public option and Medicare opt-in was dead, a major expansion of the government’s role in health care was seen as defining a progressive victory. Yet once the Obama Administration embraced the final Senate bill, provisions eliminating denials for pre-existing conditions and providing for the subsidizing of health care for the working class – which were both accepted by the insurance industry several months earlier – suddenly were highlighted as reflecting a great “victory” for progressives. This shift understandably dismayed many activists, and highlights how the lack of objective criteria defining “progressive” change allows politicians and constituency groups to compromise core principles while promoting watered-down results as a proverbial Great Leap Forward.

To help avoid the “defining downward” of progressive goals on the key issues of 2010, I thought it would be helpful to assess what would constitute activist victories and whether progressives should cheer measures short of what they are now backing. Here’s my analysis.

Progressive Threshold: Passing a bill that provides undocumented immigrants with immediate immunity from deportation and a doable path to legalization.

Potential Roadblocks: There are two main obstacles to passing this desperately needed and long overdue legislation.

First, pro-reform forces split in 2008 over the linking of legalization to new guest worker programs, which the AFL-CIO and many immigrant rights groups believe exploit foreign workers and undermine jobs and wages for U.S. workers. The U.S. Chamber of Commerce, however, has conditioned its support for legalization on a new guest worker law. The question is whether a compromise on this issue is necessary for passage, and, if so, whether progressives will accept it.

The second potential roadblock is Republicans argument, echoed by the media, that voters will retaliate in November against members of Congress who back immigrant legalization. But as I describe in Beyond the Fields, the record is exactly the opposite.

In both 2006 and 2008, congressional candidates benefited from backing immigrant rights. In fact, in 2006 Arizona Congressman J.D. Hayworth, one of the nation’s leading anti-immigrant voices, was defeated for re-election on this issue. Similarly, current Colorado Democrat Ed Perlmutter won an open seat handily in a swing district where immigrant rights was seen as the defining issue.

Supporting immigrant rights was such a problem for Barack Obama in 2008 that he won every state where it was an issue, including such previous “red” states as Florida and Colorado.

Backing immigrant rights is a political winner, and no Democratic House or Senate members should be given a pass due to the phony fear of a voter “backlash” against their support of legalization.

Potential Roadblocks: Although the original bill had multiple provisions, employers targeted the section that gave the employees the option of unionizing through signing authorization cards rather than holding a secret ballot election. While labor’s official position is that the card check provision is still on the table, it’s no secret that it will not be in the final bill.

So what type of outcome will represent a progressive victory?

Employers have already conceded that the final bill will greatly increase penalties against wrongful interference with union drives, and will speed up the process between the submission of cards requesting an election and the casting of ballots. But real change requires preventing employers from engaging in any of the tactics now commonly used to prevent unions – the one-on-one meetings, the captive presentations, the hysterical ads etc.

A progressive outcome also requires that elections commence within a week of card submission, and only longer if such is not feasible.

And once workers approve unionization, it is essential that election challenges are promptly resolved. And if the first union contract is not agreed to within a reasonable time (90 days?), then the key terms are submitted to binding arbitration.

If the final version of EFCA includes such terms, then labor has justified its $120 million investment in the November 2008 elections. If labor is forced to accept a version without card check and that is even further watered down, then it should rethink whether its funds are better spent organizing workers than in funding the Democratic Party this November.

Potential Roadblocks: Because addressing climate change requires an extraordinarily complex set of legal changes impacting diverse industries, passing legislation virtually guarantees the type of backroom deal making that undermines progressive goals. Some believe that any truly meaningful legislation will be killed in the Senate, while others see enacting the bill that passed the House as a major first step toward the United States finally addressing climate change.

For progressives, the difference between the climate change and health care bills involves leadership and expectations. Congressman Henry Waxman is trusted by environmentalists, and, unlike Senator Max Baucus (to whom President Obama handed control of the health care bill), he will use his leadership to win the strongest possible bill.

In addition, whereas President Obama falsely inflated the expectations of his base by consistently touting the importance of the public option, Waxman and key environmental groups have no illusions about what a final climate change bill can achieve.

So while many progressives will be unhappy with the climate bill that passes the Senate, moving the ball forward on several fronts appears to be the best that can be achieved. But if Waxman and environmental groups you trust are unhappy, then it is not a progressive victory.

Potential Roadblocks: President Obama prefers using the $200 billion available from TARP primarily for tax cuts for small business, which neither boosts his base nor is an effective job-creation strategy. Obama’s defensiveness about being portrayed as a Big Government liberal has left him unsupportive of funding WPA type projects, even for the arts (remember all the excitement about candidate Obama’s arts platform? Haven’t heard much about that since he took office).

So when the President announces that he is fighting for Main Street through his new stimulus program, recall that the federal government financed an enormous number of job-creating public works and cultural projects during the Great Depression but now instead turns to tax cuts. It will be up to Pelosi and her House allies to move the package in a progressive direction, but this looks like another area where disappointment overtakes hope.