Debt of a Salesman: Why the Cost of Living Is Making Retirement a Mirage 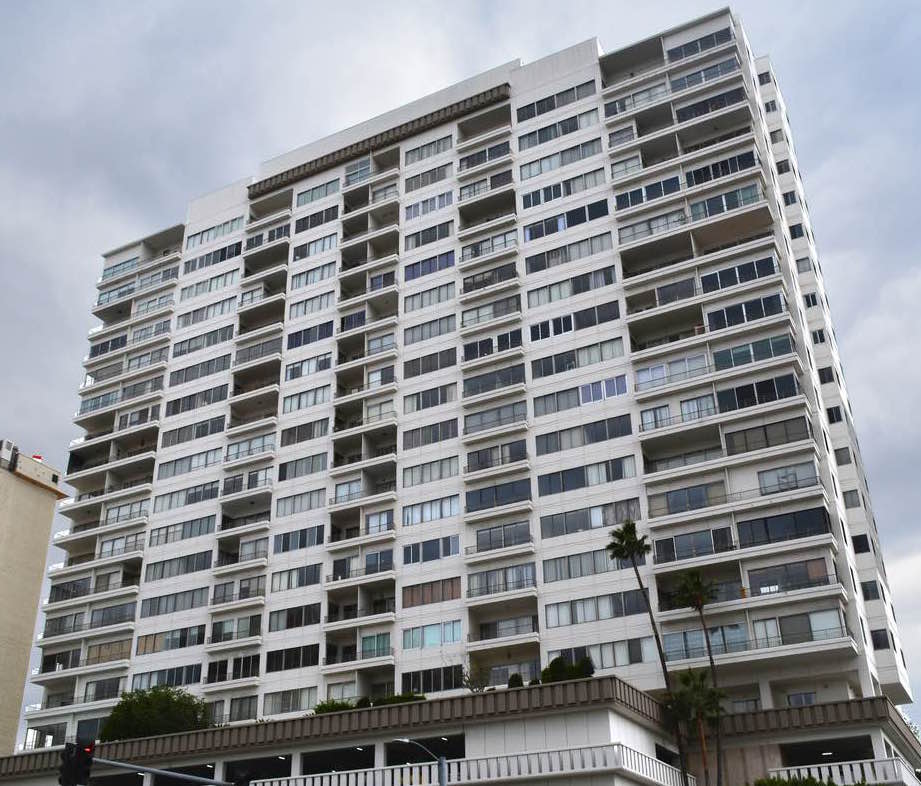 Note: This piece first appeared in Capital and Main

One of Bill Ware’s various jobs in recent years was as a part-time insurance salesman. In that role, he has helped people prepare for unexpected hardships—burglaries, falling trees, car accidents, medical emergencies and even death. But Ware recently faced the unexpected himself when his income took a dive.

Early this year a tax consultancy that works to resolve problems with the IRS and state agencies hit a trough and, in April, he says, the consultancy suddenly cut his income by 60 percent. Soon after, as the credit card bills piled up, he realized he needed to take action.

The back-up plan for the African American resident of Sherman Oaks with a ready smile and shaved head involved saddling up as a Lyft driver. Ware settled into a pair of four-hour daily shifts, one in the morning and another in the evening — and squeezed his other work in between.

The primary expense for most Californians, especially renters, is outsized housing costs.

Today his weekday working hours often run from 8 a.m. until around 10 p.m., plus several additional hours spent driving on Saturdays. Such a schedule isn’t easy for anyone, but Ware — despite his youthful looks — will soon turn 63.

To keep this schedule from breaking him, he takes a couple of short pauses each day when he settles onto a chair, couch or bed and repeats one of several soothing meditative mantras to relieve the tension gathering inside him.

Then he gets back into traffic to pick up new fares. “I’m hustling,” he explains, “because I have to hustle.”

Ware’s brutal routine is his response to the sharp drop in income and to rising costs in his life that, try as he might, he can’t seem to catch up to.

He struggles to avoid late fees on bills, and battles with businesses like his cellphone provider, as when a special offer expired and the monthly tab on a trio of family phones jumped to $220.

1.5 million state households spend at least half of their earnings on housing.

The gig with Lyft brought new expenses as well. His gasoline bill soared to about $400 monthly; his alternator recently went out. He needs to buy new tires, even though he got a new set just last year. And driving for a ride-share company requires special, more expensive auto insurance that for both Ware and his wife’s cars will add up to nearly $5,000 annually.

He acknowledges a few luxuries, depending on your perspective. Ware, his daughter and his wife — who is a meditation instructor and an actress — treat themselves to a healthy diet from Whole Foods despite the cut in income. And while their daughter earned a scholarship to a private school, they still pay several hundred dollars in tuition each month—one of the few investments in the future they make right now. But the greatest weight isn’t linked to today’s spending; it is the debt on various credit cards that became a problem after his huge income reduction. Now he pays the credit-card bills based on which one threatens to cause him the most financial pain in the form of high-interest debt.

“It is one thing after another,” Ware says, while waiting for the oil to be changed on his car. “After all of my expenses, there is nothing left.”

One difference between Ware and many other people in his circumstances is that he feels relatively lucky. The primary expense for most Californians, especially renters, is outsized housing costs. Ware’s family isn’t paying some outlandish portion of their income on housing.

“Involuntary retirees” frequently do not have the savings to get by after they can no longer work, especially if they haven’t been able to build up equity through homeownership.

He and his wife may work four jobs between them, but they represent the typical Californian renters in that they pay about 25 percent of their average income on the two-bedroom San Fernando Valley apartment where their family lives. Their building is rent-controlled, and newer neighbors pay several hundred dollars more for similar apartments, while moving elsewhere would likely lead to a monthly increase of $400, Ware says.

In Los Angeles, nearly three in five tenants are “cost-burdened,” meaning they pay more than 30 percent of their income on rent, and statewide, three million households pay at least that much, with 1.5 million spending at least half of their earnings on housing. Paying too much rent can have an adverse impact on residents’ current and future prospects, as it can prevent them from addressing health problems, saving money, starting a business or even preparing for retirement.

In the case of Ware, even with a typical rent, he is having trouble keeping up.

Ware may feel fortunate, but relatively high rents are eating up money that he might otherwise have been able to save up for other things.

The typical renter in California has nearly 20 percent less of their income to spend on other things, or to save for retirement.

If rents go up, but incomes don’t, tenants generally go into debt and become less likely to bolster a dynamic economy.

We are long past the era when people turned 65, were feted for their long-standing dedication to a single company and received a watch and a farewell toast. Retirees in the old days tended to die much younger, of course, but they were far more likely to receive a pension until they passed on.

These days, people often believe they can work until they choose to retire. But most people stop working much earlier than expected, whether due to personal or family health problems, their skills aging out, or simple discrimination against older employees.

In fact, more than half of workers between the ages of 55 and 64 who are laid off, fired or quit are unable to find relevant work opportunities, according to a multi-year Health and Retirement Study by Michigan’s Institute of Social Research.

Such people — sometimes referred to as “involuntary retirees” — frequently do not have the savings to get by after they can no longer work, especially if they haven’t been able to build up equity through homeownership. In many cases, their retirement plan is essentially what they will earn from Social Security.

When rent consumes too much of people’s incomes, argues University of Southern California sociologist and economist Manuel Pastor, it handicaps innovation.

If rents go up, but incomes don’t, tenants generally go into debt, tighten their belts elsewhere, or both — meaning that they don’t spend money on other things that are more likely to bolster a truly dynamic economy.

California attracts about half of the nation’s venture capital, drawing employees with large salaries to buy or rent top-dollar housing in particularly expensive parts of the state.

Pastor cites two common reasons for rising prices. When it comes to consumer goods, people are willing to pay more for something like a new phone or a car that delivers improvement, whether real or perceived, over previous models.

Rent, by contrast, is often different: A new light rail line, a burgeoning arts district, trendier restaurants, cool cafes, the opening of a Whole Foods or Trader Joe’s, or construction of fancier homes and other development nearby can all help trigger a surge in rents of untouched homes or apartments.

But the biggest factor in much of California these days is that there simply aren’t enough homes or apartments being built in particular neighborhoods and price ranges to respond to demand.

California’s vacancy rate stands at a little more than half the national number, so there are far fewer empty apartments available. The result: There is less housing available to take pressure off intense demand.

California is, by some measures, the fourth most unequal state in the country.

This leaves too many people to compete financially for a limited number of homes and apartments, which makes it easier for owners to convince potential renters they need to pay more. “The landlord can do nothing, and the rent can skyrocket,” Pastor says, leaving less to spend on the dynamic economy created by entrepreneurs and innovators.

There are, he notes, additional external drivers of high rents. California attracts about half of the nation’s venture capital, and this plays a role in the cost of housing in particularly expensive parts of the state like the Bay Area, Silicon Valley and much of the Westside of Los Angeles, by allowing employees with large salaries at these companies to buy or rent top-dollar housing.

Growing inequality is another factor. California is, by some measures, the fourth most unequal state in the country — after New York, Louisiana and Connecticut. This means that thriving industries such as tech, which deliver enormous salaries, make it enticing for developers to knock down cheap housing and replace it with costlier new structures that target the higher end of the rental market.

Other elements of the globalized economy also play a role in driving up prices in desirable areas. Wealthy people —especially from Asia — now commonly store vast financial holdings in real estate investments in places like Downtown Los Angeles, Pastor explains, because investing in a condo and letting it sit empty is expected to be “better than the return on a T-bill.”

Priced Out of a Hometown

Rising rents are hardly a new phenomenon across Los Angeles, or much of California.

Ware grew up in a rough-and-tumble Venice neighborhood known locally as Ghost Town. But in the 1990s, the search for affordable housing pushed him eastward to the Adams area of Mid-City — which was then, he recalls, an almost exclusively African American and Latino area. It wasn’t an area he expected to gentrify — ever. Later, he moved to the San Fernando Valley to get closer to a wider array of job prospects, and eventually went into insurance.

As a Lyft driver, he now rolls through the neighborhoods where he used to live. Homes in Ghost Town — which is just a few blocks from the uber-trendy Abbot Kinney Boulevard — frequently sell for millions of dollars and rent for $10,000 or more to tenants drawn to Silicon Beach with its scruffy-chic aesthetic and new amenities.

Even Lyft trips through Ware’s old Mid-City neighborhood highlight the changing housing tides within Los Angeles, with median single-family homes selling for well over $1 million, with an analogous increase in market rents. One clear sign of that transformation, he says, is that he now drops off Caucasians who live in the Adams-Crenshaw area he used to call home. “I didn’t know any [white people] were there at all,” he says. “A lot of people moved there.”

As Ware drives around the city, he hopes his insurance career — and finances — will recover. Until then, he will continue to face off with Los Angeles’ clogged streets and freeways, even as his passengers rate his cordiality and efficiency. And he will do his best to keep his cool.

He knows this schedule involves sacrificing more of the future to the present; he just doesn’t know how long he’ll need to continue. “I am,” he laments, “going to be working for a while.”