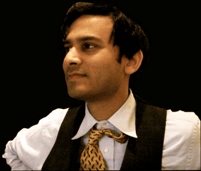 A David versus Goliath legal battle is playing out in a San Francisco courtroom, with the usual big money interests playing hardball. Republican billionaire Charles Munger and his high-priced lawyers at Nielsen Merksamer are hammering public interest advocates with a SLAPP lawsuit because those advocates dared to file a lawsuit challenging the legality of California’s top two primary. The top two primary allows the candidates that finished first and second in the June primary, regardless of partisan affiliation, to advance to a November runoff. Contrary to the claims of advocates like Mr. Munger, the top two primary has reduced voter choice and all but wiped out California’s vibrant minor parties.

Second, according to California law, the easiest way to remain a ballot-qualified party is to obtain a certain percentage of votes in the November election. But if minor party candidates do not appear on the November ballot then they could very well end up losing their ballot status. Within a few election cycles, California may have no minor parties on the ballot at all, losing a decades-old political culture that encouraged voter choice.

In addition, the top two primary abolished the long-standing right of California voters to cast an effective write-in ballot in the November election. Voters would still be allowed to cast a write-in vote, but according to the top two primary law, that vote would not be counted. It would be a fake vote.

Given the enormity of what was at stake, not only for minor parties and their supporters but also for the right to a write-in ballot, it was inevitable that the top two primary would get sued.

A handful of public interest plaintiffs did just that. The plaintiffs had hardly any money, but they found an angel attorney, Gautam Dutta, who donated his services. Ultimately, their lawsuit, Field vs. Bowen, was unsuccessful in overturning the top two primary, but a funny thing happened at the courthouse.

Mr. Munger, who has spent tens of million dollars to fund his own pet voter initiatives, along with former Lieutenant Governor Abel Maldonado, had filed their own lawsuit to intervene with their own attorneys to defend the measure. Apparently they didn’t trust the Secretary of State to adequately defend the law. When the lawsuit was decided against the plaintiffs, these big bucks interveners asked for nearly a quarter of a million dollars in attorney’s fees.

The legal tradition in the US is that each party in a legal case is generally expected to pay their own legal costs, as long as the lawsuit isn’t frivolous. Otherwise, the price of losing would be so high that it would cast a chilling effect over lawsuits except those by the wealthiest of people.

However, the plaintiffs’ lawsuit was hardly frivolous. In fact, in response to the lawsuit the California legislature amended the top-two law regarding write-in votes, disallowing them entirely so that voters won’t be fooled into casting a ballot that won’t be counted.

Nevertheless, the judge, Curtis Karnow, awarded nearly $250,000 in attorney’s fees based on a finding that the suit did not vindicate a public interest.

The ruling was a shock, even to top two supporters like UC-Irvine law professor Richard Hasen, who called the ruling “absolutely outrageous” and “nonsense.” The plaintiffs have asked the court to reconsider its troubling ruling over attorney’s fees.

Munger and Maldonado can easily afford to pay their lawyers, so their drive for attorneys fees is clearly designed to crush dissent. They want to wring money out of plaintiffs like the selfless Richard Winger, who publishes the nationally renowned newsletter Ballot Access News and is the nation’s unquestioned expert on issues related to ballot access and minor parties. Winger earned all of $6,000 in 2011.

Adding another wrinkle to this case, political insiders are wondering why Secretary of State Debra Bowen hasn’t done anything to speak up on behalf of the plaintiffs. She could join the plaintiffs’ motion to have the attorneys fees knocked off. Secretary Bowen’s name is on the lawsuit being used by Mr. Munger and Nielsen Merksamer to slap down these public interest advocates. Ironically, quite a few of the plaintiffs have been supporters of Secretary Bowen, yet she is leaving these people hanging out to dry.

This lawsuit clearly was not frivolous. Punishing the plaintiffs who challenged this law to kneecap and make an example out of them undermines our democracy. Let’s hope the court rights this wrong and reverses the award of attorneys’ fees when it hears the case on October 22.

[Steven Hill is the a political writer and author of “10 Steps to Repair American Democracy: 2012 Elections Edition (www.10Steps.net)]