What to Expect From David Chiu, SF’s New City Attorney 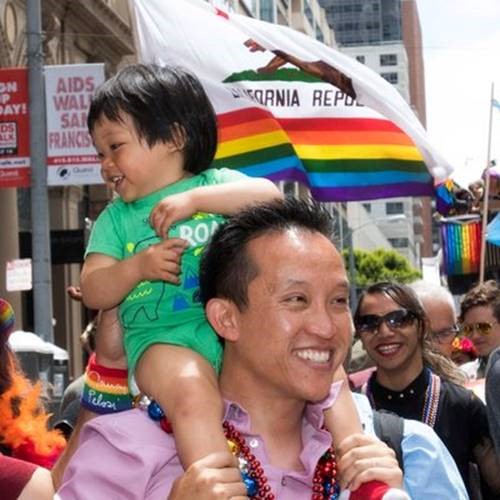 David Chiu will be sworn in as San Francisco City Attorney Monday, November 1 at 1pm. The former Supervisor and Assembly member is a Harvard Law graduate who favored a career in politics; his new job combines his legal and political experience.

A lot of San Franciscans are not that familiar with David Chiu. That happens when a politician goes to Sacramento. So I offer this capsule sketch.

David Chiu was elected D3 Supervisor after being the chosen candidate of termed-out incumbent Aaron Peskin. Peskin predicted great things for Chiu but the two soon had a falling out (though they united to defeat the 8 Washington housing development). Whereas Peskin was aligned with the city’s “progressives,” Chiu became identified with “moderates.”

Chiu always voted with tenants on supporting rent control and eviction protections. But on condo conversions, the Park Merced development and short-term rental legislation his positions were strongly opposed by tenant groups. They backed David Campos against Chiu in their 2014 Assembly race.

Upon winning election Chiu told me he wanted tenants’ rights to be his top priority. He went on to become his generation’s most impactful state legislator for tenants.

Sacramento can be a snake pit for tenant legislation. Yet David Chiu, with key help from ACCE and other tenant groups, somehow got the legislature to enact AB 1482. The measure provided rent increase limits and just cause eviction protections to tenants statewide. I’ve dealt with the state legislature on tenant issues since the 1980’s and I never imagined such a statewide tenant protection bill could pass.

David Chiu not only took the lead in sponsoring this huge step forward for tenants but also got it done. Governor Newsom signed the bill enthusiastically, another feather in Chiu’s cap.

I don’t recall a major newspaper story breaking down how Chiu got this done (I wrote “Why CA Tenants Won Big in 2019,” September 17, 2019). And because David Chiu is such an understated politician even most of his own Assembly constituents probably do not realize what a massive accomplishment he won for tenants. The chief beneficiaries were tenants outside rent control jurisdictions, a testament to his prioritizing the broader tenant cause.

Chiu got many tenant bills passed. The pattern was the same: he unceasingly and quietly worked his colleagues and never took a vote for granted. He also avoided publicity, which is why some may be learning about his powerful tenant legacy for the first time.

A legislator who keeps things so close to the vest can be frustrating for activists. Activists feel a right to be kept fully informed on bills they are backing. But it comes down to trust. David Chiu kept that trust with tenants for his entire Assembly career.

Chiu did his best but was not successful in getting our Ellis Act reform bill passed this year. We are still pushing to win Assembly passage of AB854 in January and his guidance has been invaluable.

The David Chiu we saw in the legislature is who we will see as City Attorney.

Chiu Will Be Highly Engaged

Dennis Herrera was the nation’s best City Attorney. San Francisco was fortunate to have him. But it’s healthy for the city attorney’s office to get new leadership (I ran into Dennis while writing this story and he agreed).

For example, clarity is needed on the rules for a “new” project on a site approved for a different unit mix of housing. Tenderloin activists ran into this issue at 450 O’Farrell. A completely new project in 2021 was allowed to keep the 13.5% inclusionary requirement from a  project approved at the site in 2018. The current requirement is over 20%.

The City Attorney approved the lower percentage. That made no sense to us, or to  most supervisors. Supervisor Hillary Ronen had previously introduced legislation to clarify the issue of what constitutes a “new” project that doesn’t directly address this issue but tries to fix a similar problem. A city attorney  opinion on the grandmothering of outdated inclusionary requirements is necessary.

Chiu’s office also needs to clarify the city’s approach to “group housing.” Specifically, how can San Francisco reform its group housing law without violating Senator Nancy Skinner’s SB 330, the Housing Crisis Act of 2019. (extended this year as SB 8)? This extraordinarily valuable state law requires careful navigation by the city attorney’s office to ensure it meets rather than weakens  its goal of promoting affordability.

Expect Chiu’s office to also wade into a number of areas involving potential local preemption by state and federal law. This includes safe injection sites and the power of public and private entities to mandate vaccines.

In recent years and pre-pandemic, I found the City Attorney’s office less connected to the Tenderloin community. For example, the office brought a controversial gang injunction lawsuit against Tenderloin dealers, a case that did not engage the community. Yet the city attorney’s office has not ensured San Francisco complies with the federal injunction issued against it in the Hastings Law School led lawsuit over tents in the Tenderloin—a case with broad community support.

Why isn’t San Francisco complying with a court order? Why is the city risking a contempt violation? Has the city’s failure to bring equity to the Tenderloin been extended to blatantly violating court orders that protect neighborhood residents?

Tenderloin activists look forward to discussing the city’s noncompliance with the injunction with our new City Attorney.

Under Herrera the Tenderloin greatly benefited from years of city attorney activism in the neighborhood around code enforcement and closing businesses that were fronts for illegal activities. This role has declined in recent years. I suspect that the Tenderloin is not alone in this. It’s a community connection that a new city attorney can recharge, and I’m sure Chiu will do so.

As much as I will miss having David Chiu in the Assembly, Mayor Breed could not have made a better choice. David Chiu has shown he knows how to get things done in the tough legislative environment in Sacramento, and should be a great City Attorney.