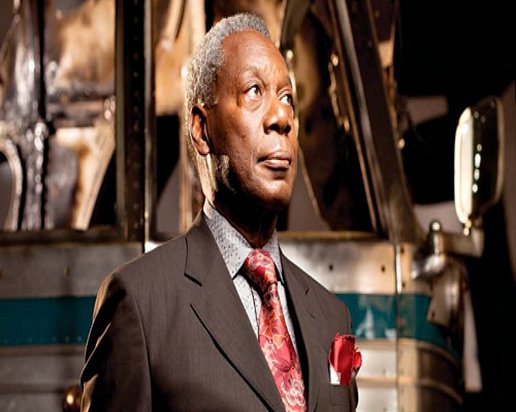 Activist and judge who founded National Civil Rights Museum was also known as a writer and actor.

D’Army Bailey, a civil rights activist, judge, author, and actor who founded the National Civil Rights Museum in Memphis, Tennessee, died on Sunday. He was 73.

His wife, Adrienne Bailey, said her husband passed away after a long illness, surrounded by family at Methodist hospital in Memphis.

“Judge Bailey’s passing is a tremendous loss to this community,” Memphis Mayor A C Wharton said in a statement. “My condolences to his family and many friends and colleagues.”

Bailey was born in Memphis on November 29, 1941. As a child, he attended segregated schools; as a college student in Louisiana, he led his class in the fight against discrimination. Bailey helped organize sit-ins at bus stations, picketed against prejudiced businesses in Baton Rouge, and marched to support fellow students who were jailed for their activism.

One class boycott led to Bailey’s expulsion from Southern University, where he had been president of his freshman class. In response, students from Clark University helped establish a scholarship for Bailey, which allowed him to continue to his education at the Worcester, Massachusetts-based school.

While there, Bailey continued his activism, which brought him into the orbit of civil rights leaders and social activists such as Malcolm X, James Meredith, John Lewis, and Allard Lowenstein, among others. And it was through his work with the Worcester Student Movement that Bailey also began to understand the role of law in the effort to end discrimination—an awareness that shaped his career.

After earning a law degree from Yale in 1967, Bailey entered the stormy legal and political spheres of New York and California. In the subversive and passionate atmosphere of early 1970s Berkeley, Bailey was elected to city council and served as a leader in the community for two years.

Bailey returned to Memphis in 1973, where he practiced as an attorney for 16 years before being elected as a circuit court judge in 1990. He twice received the nomination to serve on the Tennessee Supreme Court.

But he is perhaps best known for his work in saving the Lorraine Motel, where Dr. Martin Luther King, Jr. was assassinated on April 4, 1968, and transforming it into the National Civil Rights Museum in 1991.

Bailey’s campaign to salvage the rundown building not only saved a historic site, but also helped preserve the legacy of King and other activists.

In an interview last year with the Memphis-based Tri-State Defender (TSD) Bailey said of his activism, “I knew that the right thing to do—if you felt aggrieved—was to take your grievance to the highest level possible.”

Bailey candidly expressed his thoughts on racial justice in the U.S., telling the TSD:

The economic, educational and social status of blacks is worsening and we are statistically worse off now than we were 10 years ago.

…We must first rebuild our respect and faith in ourselves and move from materialism to self-sacrifice and renewed struggle for racial, social and economic justice, and in the words of Dr. King “reconstruction of the entire society.”

Throughout his career, Bailey acted in several iconic films, portraying a judge in The People vs. Larry Flynt and a minister in How Stella Got Her Groove Back. He was also a talented writer, authoring two memoirs: Mine Eyes Have Seen: Dr. Martin Luther King Jr.’s Final Journey, which chronicled his experiences during the museum era, and the more recent The Education of a Black Radical: A Southern Civil Rights Activist’s Journey, published in 2009, which recounted his activism in the 1960s.

In a foreword to The Education of Black Radical, poet and activist Nikki Giovani wrote, “A strong, uncompromising voice that dreams of a better America, Judge Bailey has experienced the ugliness of both racism and fear. Yet he has not stepped back. What a wonderful life to share.”