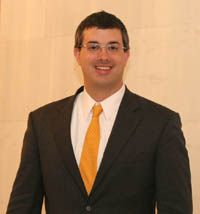 Supervisor Chris Daly will introduce a resolution today encouraging the Treasure Island Community Developers (TICD) to give 1.8 million dollars to the Treasure Island Development Authority (TIDA), an amount that was agreed upon in the first Exclusive Negotiating Agreement (ENA) between Mayor Gavin Newsom and the TICD. In addition, the resolution will urge TIDA to give immediate attention to the quality of life of the residents of Treasure Island. Yesterday, in a telephone interview, Daly shed some light on the situation.

“If you look at TIDA,” said Daly, “there is no island representation.” He further noted that the Community Advisory Board also has few representatives from the actual community about which it is commissioned to make decisions. “Currently, we have a TIDA puppet commission of the mayor,” he said. “It would be good public policy to have island representation on the decision-making body.” Daly also expressed concern that the 1.8 million dollars from the first ENA may be lost due to the 30-month extension of the agreement.

Many people, including former TIDA director Tony Hall, feel that the developers are undeserving of the extension due to previous delays that have cost the city time and money, and that have kept the area from being more efficiently developed. Daly said that there is no reason the developers should receive an extension since they have failed to meet deadlines. “They are not developers,” he said. “They are political consultants sitting on a huge development deal.”