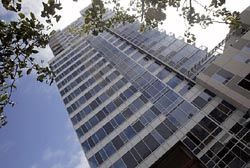 One week after Supervisor Jake McGoldrick proposed an economically regressive inclusionary housing reform, Supervisor Chris Daly has offered a more fruitful plan. While McGoldrick sought to amend the city’s weak inclusionary housing law by reducing the size of buildings covered from ten to five, Daly has more logically moved to raise the number of affordable units required for all market-rate projects. We will soon learn whether the Board makes the big developers pay their fare share, or instead puts the squeeze on the little guys without money or political clout.

Jake McGoldrick has introduced legislation that would bring builders of five to nine unit buildings under the city’s inclusionary housing law. The measure is not only confusing—how does a builder of five units make _ of a unit affordable—but it also imposes an undue financial hardship on young, often immigrant builders just trying to get a foothold in the industry.

Daly responded by introducing legislation that would raise the required affordable percentages from 10% onsite and 17% offsite to 15% and 20% respectively. The latter percentage was agreed to by the developer of the recently approved Mission Gardens project at 15th Street and Mission, and was seen by some as a model for future projects.

As introduced, Daly’s measure does not address the critical problem that the income targets for beneficiaries of the city’s affordable housing program remain too high. Mission Gardens was approved for those earning 80% of adjusted median income rather than the 100% in current law, and it’s possible for Daly to amend his legislation accordingly.

Both Supervisors deserve credit for finally addressing this long overdue issue. Public hearings on these measures can expose the actual economics of housing development, which in turn should pave the way for a new affordable housing law whose requirements are based on project size.

In a city whose voters backed John Kerry’s call for increased taxes on the wealthy, how is it that our inclusionary law treats 100 unit plus upscale projects the same as ten unit developments? Why are small developers with limited capital subjected to the same requirements as mega-developers whose units sell for over $1 million apiece?

Last Sunday’s SF Chronicle described the 22-story Watermark condos, where a two bedroom, two bath unit in the complex overlooking the Bay Bridge goes for $1.2 million. Although monthly condo fees add an additional $650-800 per month, demand for the units is said to be strong.

Isn’t the developer of the Watermark capable of making a higher percentage of their units affordable than is the builder of a 40unit project in the Tenderloin? And shouldn’t a builder who agrees to rent their units get a better inclusionary deal than with for-sale units affordable to those at much higher incomes (60% vs 100% of median)?

For a majority of the Board of Supervisors, this regressive approach to inclusionary housing is inconsistent with their publicly stated political views. If the Board really wants “downtown to pay its fair share,” the principle should also mean higher inclusionary requirements for upscale housing in proximity to downtown.

The Rincon deal showed just how much profit there is in luxury condo development. This is where the Board should be looking for affordable housing money, rather than trying to squeeze 1 or two more units from the little guys.