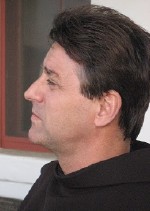 The December 3 memorial service for former TNDC leader Brother Kelly Cullen packed St. Boniface Church with friends, co-workers and admirers. It was clear from the memorial that Cullen’s passionate faith in the Uptown Tenderloin’s transformation lives on among those he inspired. Speakers included Warren Hellman, Mark Leno, former TNDC Board Chair Clio Tarazi, Cullen family members and Lou Girado. Father Louie Vitale dictated a letter from the Georgia jail where he is serving time for civil disobedience that was read to the assembled.

Girardo noted that Kelly would want the assembled to leave in good spirits, so he urged the crowd to begin applauding and cheering. It was a great moment. I realized that that my November 16 obituary on Cullen had missed a critical fact: Kelly likely did more than any single person to convince influential San Franciscans that the Uptown Tenderloin is a neighborhood of children and families who deserve to live in a safe and healthy community.

Kelly Cullen was an activist whose connections expanded beyond housing and neighborhood folks to include many who knew little about the Uptown Tenderloin neighborhood until he contacted them. While many of us spoke at City Hall and at hearings about the Tenderloin’s rising population of children, Kelly combined this with one-on-one meetings with people whose money and/or connections could make a concrete difference in these children’s lives.

A number of speakers at last Friday’s service identified Cullen’s TNDC after-school program – for which he created the Pool Toss to fund and sustain – as their entrée point for understanding the neighborhood’s changing demographics. The same could be said for Kelly’s critical role in establishing two Tenderloin schools, the De Marillac Academy at St.Boniface and the Tenderloin Community School. While Midge Wilson and her Bay Area Women’s and Children’s Center spearheaded the latter, Cullen provided critical support.

By bringing people to the Uptown Tenderloin and showing them hard-working school kids firsthand, Cullen broadened the base of those interested in transforming the community’s future. A number of speakers at the service recalled Kelly’s fervent insistence that the kids of the Tenderloin deserved an opportunity to succeed; Cullen impressed upon everyone that this meant giving children safe and affordable housing, quality education, and sidewalks where they could walk without fear.

And it was clear from the service that Brother Kelly Cullen’s dream for the Tenderloin remains potent in the lives of those he inspired.