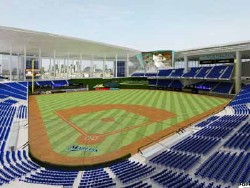 The San Francisco 49ers move to Santa Clara is a done deal, and that’s great news for San Francisco taxpayers. Instead of joining the bedraggled residents of Miami in building a stadium for wealthy sports team owners (the Marlins deal resulted in the mayor’s recall and a federal investigation), San Francisco can spend its money on more critical public priorities. While San Francisco voters have a proven unwillingness to back bad stadium deals, and to subject plans to referendums, credit should also go to former Mayor Gavin Newsom for not bending to pressure from media conglomerates to sell out the city’s interests to satisfy the 49ers demands. Oakland lost tens of millions of dollars on an obscene deal for the Raiders return because former Mayor Elihu Harris feared being blamed for “losing” the team; Newsom did the bare minimum once it was clear that San Francisco could not match Santa Clara’s deal, and the entire city now benefits.

Reading this week about Miami taxpayers picking up 80% of the $634 million cost for a Miami Marlins baseball stadium reminded me of how San Francisco has avoided such bad decisions. Even the stadium-mall measure that Willie Brown got voters to pass in June 1997 – which I strongly opposed – was light-years better than nearly all stadium deals in other cities, and the Giants stadium is among the most city-friendly in modern stadium history.

But the 49ers hold a special place in San Francisco lore, and a less stubborn mayor than Gavin Newsom would have bent to the winds to try to make a deal that the York family could not refuse. Newsom was surely helped by the team’s poor performance during his mayoralty, but the fact that he insisted that voters would have to re-approve a stadium deal clearly made it politically untenable.

Miami voters never got a chance for a referendum on their stadium nightmare, and could only respond by recalling mayor Carlos Alvarez, who made the deal.

The Marlins have tried to make up for public anger over their stadium deal by signing Jose Reyes, and even have offered a ten-year deal to Albert Pujols. But that won’t help a city whose infrastructure money went to the stadium, whose large number of unemployed will primarily get part-time peanut vender jobs at the shiny new taxpayer-funded facility.