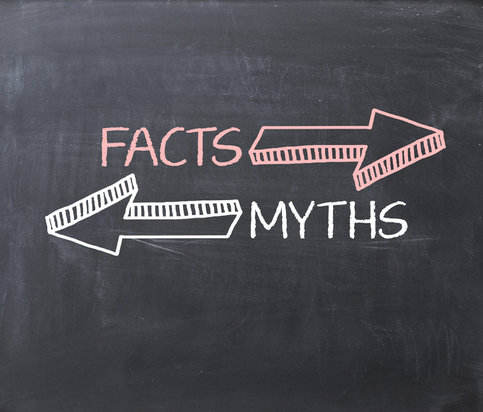 Myths about healthy school lunch rules reached a new level of crazy recently with the misleading claim that adding a dash of spice to garnish a school lunch is forbidden. That bogus assertion was made by a marketing specialist with the North Carolina Department of Agriculture. In reality, the USDA, which oversees school meal programs, recommends cafeterias provide “spice bars” where students can add unlimited spices to their meals.

“I watch the pros prepare the food, get it camera-ready, and then watch the photographer shoot the food in it’s [sic] best light. I have learned that taking photos of food is easy, but taking a good photo of food is not….The tongs came out a few times to adjust the fruits and vegetables and we even added a little extra spice (which would not be allowed under the National School Lunch Program rules) so it would show up on camera.”

Seriously? A little extra spice would not be allowed under NSLP rules?

While it is true that there are limits placed on fat, sodium and calories for school meals by the 2010 Healthy Hunger Free Kids Act (HHFKA), there is no NSLP rule that would limit the use of “a little extra spice” to not only improve flavor in food with less sodium, but also “show up on camera.”

A teaspoon of either spice, more than ample to garnish a large pan of vegetables yielding 30-50 servings, would add only a tiny fraction of a gram of sodium, and less than one calorie, per serving.

Cafeterias must use recipes

I e-mailed Barnes to ask which NSLP regulation she believed an extra dash of (low calorie, very low sodium, non fat) spice would violate, but she was not able to identify anything other than her belief that schools in her state were not allowed – ever – to go “off-recipe.”

She offered this explanation:

“What I was referring to was the requirement to have a standardized recipe that must be followed. As such, you could not add additional spice just to make it show up better. In addition, since sodium is so important when considering school meals and meeting the sodium limits, even one teaspoon extra would affect the sodium content of that particular recipe, and the weekly menu as a whole.”

That’s an, ahem, interesting take on the rules, given that the USDA encourages allowing students to add as much spice as they like to their meal. In fact, the infographic created for the USDA’s “What’s Shaking” initiative to help schools reduce sodium in meals specifically recommends “USE HERBS & SPICES: Feature ‘Flavor Stations’ in your cafeteria where students can add seasonings (without added sodium) that appeal to their tastes.”

But for those who are stubbornly paranoid about going “off-recipe” (even for a bit of spice that does not exceed portion limits for fat, sodium or calories), why not just hold back a teaspoon of the spice called for in the recipe, then use it for garnish at the end? That way, the integrity of the original recipe remains intact, and the use of a spice garnish would meet even Barnes’ overly strict interpretation of NSLP rules.

Why does it matter what one individual like Barnes, acting on her own, says? Barnes insisted that although she identified herself as an employee of the NC Department of Agriculture on her blog page, the blog was not connected with her job and did not reflect the views of her employer. So if she misrepresents NSLP rules by claiming they would not allow the addition of a little spice as garnish, who cares?

Anyone concerned about children’s health should care.

School meals, along with other child nutrition programs like WIC, are up for reauthorization by Congress right now, having already missed a September 30th deadline, and Congressional leaders have been saying for months that they are close to finalizing a bill that can be brought to the Senate floor for a vote. That bill could include leaving the healthier school meal rules of the HHFKA intact, or it could include rollbacks to nutrition standards allowing more highly processed food, more sodium, and fewer fruits and vegetables to show up on students’ meal trays.

What used to be a bipartisan effort to feed low income schoolchildren has become politically contentious, and the final bill could be based on rhetoric, not reason.

We’ve already seen numerous instances where those who favor gutting nutrition rules have jumped on anecdotes, rather than evidence, to support their claims that the rules are hurting cafeterias and kids, and that rollbacks (or “flexibilities,” their preferred euphemism) are essential.

There have been some pretty farfetched, not to mention inaccurate, myths about what the school lunch regulations, and their impact, really are. We hear tall tales of the “starving student athlete” and the “contraband economy” in cafeterias, and even the New York Times got the story wrong, claiming that “kids hate school lunch” when the data shows just the opposite.

Sometimes we hear these tales from the mouths of our elected officials. Just a few month ago, Senator Rand Paul (R-KY) made himself look foolish in remarks misrepresenting how the NSLP works.

Rep. John Kline (R-WI), Chair of the US House Education and Workforce Committee, at its first hearing on the reauthorization of child nutrition programs in April 2015, invoked the “starving football player” based on a student he met at a wealthy Wisconsin high school. This was apparently to support Kline’s belief that because a linebacker might need more daily calories, all students should be served high calorie lunches, regardless of their actual caloric needs.

As I’ve said before, the cafeteria fight may be less about whether student athletes are starving and more about Republicans bashing the school lunch overhaul championed by First Lady Michelle Obama. With a Presidential election in less than a year, some GOP Congressfolk seem happy to jump on any issue they can find to portray Democratic health reforms – including healthier school lunch rules – as costly and intrusive federal overreach.

Senator Pat Roberts (R-KS), chairman of the Senate Agriculture Committee which is expected to bring a child nutrition reauthorization bill to the Senate floor soon, visited a school cafeteria in his home state last spring and found it happily embracing the new school lunch rules and making them work.

Nonetheless, Roberts expressed his opposition to the HHFKA regulations, and in doing so, provided insight into what Republicans’ real problem is with healthy school lunch rules. The LA Times reported:

“[Roberts] told student reporters there he was impressed by the meals being served. But don’t look to him to vote to renew the program. ‘I just have a problem with the federal government,’ Roberts said in a lunchroom video interview. ‘I don’t think our Founding Fathers sat around the table and said, ‘I have a great idea. Let’s mandate what people eat.’”

Will this myth spread?

So, given that some Republicans have looked for any excuse to bash healthy school meal rules, and given the propensity for these foes to jump on any anecdote they can find to support their opposition, is Heather Barnes’ blog post likely to be the next bit of anecdote used as evidence for why NSLP rules are too strict and need gutting?

That’s because Barnes’ own Senator, Thom Tillis (R-NC), is on the Senate Agriculture Committee along with Roberts, and serves on the subcommittee that held hearings on the child nutrition reauthorization.

After a visit last May to a Charlotte elementary school and a local farm, Tillis issued a statement that said in part:

“When addressing the issues and needs of proper childhood nutrition, we should look to parents, students, and cafeteria staff in our schools, not bureaucrats in Washington, D.C. While big government nutrition programs are well-intentioned, they’re lacking flexibility and being forced upon our schools at the local level in a manner that’s simply counterproductive.”

That same day he told Charlotte television station WCNC that he supports giving schools more control over what they choose to serve to kids. “My bias is trusting the schools to get it right.”

Of course, this is from a man so opposed to government regulation that he has also famously said that he doesn’t think restaurants should be required by the government to insist their employees wash their hands after using the bathroom. He felt that as long as the restaurant posted a sign (another government regulation?) saying that they didn’t require employees to wash hands, he was willing to trust “the market” to get that one right.

So isn’t it at least possible that NC Senator Tillis, or one of his aides, might come across Barnes’ blog (especially as she does mention her employment by the NC Department of Agriculture) and believe that NSLP rules really do prohibit the use of spices to garnish school food?

After our conversation, Barnes posted some additional clarifying information at the end of her original blog post, including the suggestion that a school wanting to garnish food with spice could just use some from the recipe. I don’t believe she ever had any intention of misleading anyone about NSLP rules by stating that spice garnish is not allowed.

But given that healthy school meal foes have bashed HHFKA rules for less, why give them any more fodder?