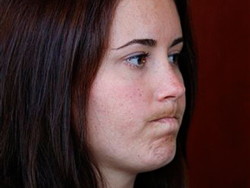 Yet again, a California appellate court has summarily denied an effort by USA Swimming to circumvent a judge’s order to be more forthcoming with discovery documents in a case alleging sex abuse by a club coach.

So far the plaintiff has received documents so random, poorly organized, and heavily blacked-out as to be useless. (Not only are victims’ names redacted, but so are those of coaches, teams, and even regions and dates in which the complaints were lodged. Even newspaper clippings got the Nixon White House treatment.)

I agree with B. Robert Allard, who represents victims, when he says, “USA Swimming needs to stop concealing the identities of potential pedophiles and start protecting young swimmers. Parents have a right to know the identities of those suspected of abuse and molestation so that they can take the steps necessary to keep their children safe. The more information parents have the better. They have the right to know the truth, especially when it comes to their children.”

Last fall, in the case involving “Jane Doe,” a 15-year-old rape victim of the heinous serial sex offender-coach Andy King – now doing a 40-year prison term on counts dating back a quarter of a century – USA Swimming lost an appeal of a $5,250 sanction imposed by Judge Mark Pierce for rope-a-dope responses in the discovery process. Jane Doe then was offered, and accepted, a monetary settlement. With the condition that the settlement be sealed from public view: the favorite terms of swimming’s deniers and cover-up artists, which include USA Swimming’s Barbados-based insurance carrier, a wholly-owned subsidiary.

Obviously, a $5,250 fine for withholding relevant discovery documents won’t change much. Allard estimates that there have been sanctions totaling around $25,000 against USA Swimming in the half-dozen cases in which he has been involved so far. That’s taxicab money for long-time executive director Chuck Wielgus’s $20-million-a-year operation.

In order to have real teeth, consequences must escalate in the following ways:

* steeper financial sanctions … in six figures … to serve as a credible deterrent to abuses by rich and powerful defense entities.

* State Bar Association probes of the lawyers who enable these loathsome tactics. The bar has spoken against abuses by criminal prosecutors, for example, but tends to be more timid about the actions of advocates in civil disputes.

* “evidentiary” or “terminating” sanctions. Instead of letting USA Swimming off the hook by writing a $5,000 check, courts have the authority to issue rulings that the organization has disqualified itself from particular factual defenses against abuse claims, or even from the entire defense on the merits. If the swimming authorities refuse to share what they knew and when they knew it, let’s go directly to the question of the magnitude of damages.

* media heat. In the run-up to Olympic Swimming Trials, my blog, http://concussioninc.net, remains the only outlet following through on 20/20’s investigation of two years ago. With many states looking at tougher mandatory reporting of sex abuse in the wake of the Penn State scandal, that is a sad commentary on the state of American journalism.

* finally, embarrassment of corporate patrons, with the goal of pressuring them into truly cleaning up this sport. Once again, as a public service, I reproduce below all the sponsors listed at USA Swimming’s website:

Irvin Muchnick, author of the new ebook on Amazon Kindle, PENN STATE IN THE POOL: The Cover-Up of the USA Swimming Youth Coach Sex Abuse Scandal, will be interviewed about the subject on June 15 on Dave Zirin’s “Edge of Sports” on Sirius XM radio.