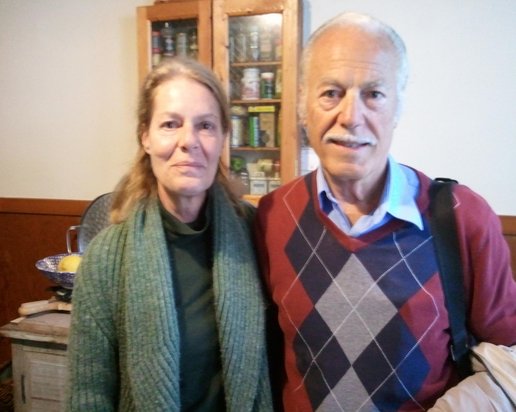 The 79 year old DeLeo immigrated to San Francisco from Italy when he was 17 years old, and eventually settled in North Beach. He worked as a laborer, a cab driver, and a Senior Escort Crime Prevention Specialist with the SFPD before retiring.

He has lived in the North Beach neighborhood for over 40 years.

DeLeo lives at 566A Chestnut Street, a four unit property (it is a three unit building with a cottage in the back). Two tenants lived in the building when the eviction began, and one family moved out pursuant to the Ellis notice. Diego is the last tenant left.

It represented Urban Green in its efforts to evict 98 year old Mary Elizabeth Phillips, and also represents real estate speculator Sean Whelan, who filed a lawsuit against an 83-year old Chinatown tenant after the tenant vacated an apartment he had lived in since 1964 as a result of Mr. Whelan’s Ellis Act eviction.  Andrew Zacks represents Martin Coyne in a lawsuit against the City challenging Supervisor Campos’s enhanced Ellis Act mitigation payments ordinance enacted earlier this year.

The Superior Court ruled that DeLeo’s eviction notice was “fatally defective” because it identified DeLeo’s unit as being in the wrong building on the property. It also failed to state that the landlord was withdrawing all the buildings on the property from the rental market. Commenting on DeLeo’s victory, his attorney Steve Collier of the Tenderloin Housing Clinic said, “tenants should realize that they can defeat Ellis evictions. The more tenants challenge these evictions, the more speculators will realize that they cannot make a quick profit off San Francisco’s red hot real estate market.”

A String of Legal Victories

Since Mayor Lee tripled funding for Ellis eviction defense and the new resources took effect at the start of the year, attorneys funded by the new dollars have stopped a string of Ellis evictions. In August, Collier stopped the eviction of North Beach tenant leader Teresa Frandrich.

In March, Collier’s Tenderloin Housing Clinic colleague Raquel Fox defeated the Ellis eviction of two Latino families on Lucky Street in the Mission. Both units in that case involved elderly longerm tenants. THC’s Matt McFarland permanently stopped the eviction of 98-year old Mary Phillips, a victory that showed that landlord claims that they could not avoid evicting senior tenants are false.

Now that tenants have the legal resources to aggressively contest Ellis evictions, the cost to speculators has greatly escalated. Speculators are now looking at attorneys costs of no less than $50,000 and this is on top of tenant relocation costs.

While San Francisco’s Prop G failed on its first try, it discouraged speculative purchases until the election outcome was clear. Similarly, the Leno-Lee Ellis reform bill failed in the Assembly, but speculators held off buying until its defeat. The higher Ellis relocation payments in the Campos legislation also had a deterrent impact.

Tenant activists have done their part by making life miserable for those seeking to profit by evicting vulnerable tenants. A protest earlier this week targeted Google attorney Jack Halprin for his Ellis eviction in progress against tenants at 812 Guerrero.

This combination of aggressive legal advocacy, surrounding political threats, and activist pressure have slowed Ellis evictions in recent months. But with Prop G and state Ellis reform losing, and a federal court striking down the higher relocation costs, a new Ellis frenzy could begin in 2015.

That’s why its great news that Mayor Lee is already convening meetings for a new push at state Ellis reform. We are months ahead of where we were before last year’s effort, and have the benefit of the 2014 experience to build upon in 2015.

Speculators should be deterred from purchasing properties for Ellis evictions, as this new state legislative effort has a real chance at success. And with rising rents, some may decide that its more profitable to stay in the rental housing market after all.

Randy Shaw is Editor of Beyond Chron, which is published by the Tenderloin Housing Clinic