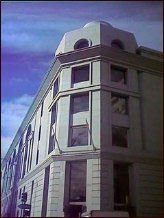 The State Court of Appeals heard a case yesterday that could dramatically affect tenants citywide who fall victim to the Ellis Act. A group of landlords represented by attorney Andrew Zacks hoped to strike down legislation passed last year requiring greater payments to tenants evicted with the Ellis Act. While local Superior Court Judge James Warren granted Zacks’ plea the first go-around, it now appears the Court of Appeals will reverse Warren’s ruling, which would grant tenants a major victory. A final ruling won’t come until sometime within the next 90 days, but for now tenant advocates can celebrate a likely substantial increase in the amount of money San Franciscans will receive should they be forced out of their homes.

In February of 2005, as a wave of Ellis Act evictions swept across North Beach, Supervisor Aaron Peskin sought to increase the relocation benefits tenants affected by this trend received. At the time, landlords had to provide $4,500 to every low-income household forced out of their homes, and an additional $3,000 to every senior or disabled tenant.

The “Peskin amendments” changed this requirement, forcing landlords to pay $4,500 to every tenant in a household affected by an Ellis eviction regardless of income, with a maximum payment of $13,500 per unit. The amendments did not alter the $3,000 paid to each senior and disabled tenant.

Soon after, Zacks sued the city over the legislation, claiming that state law regarding the Ellis Act prohibited such an increase. Zacks also claimed that the additional payments would create a significant enough financial burden to prohibit landlords from doing what the Ellis Act was designed to allow them to do – convert their units to condos and sell them so they could get out of the rental business.

In a surprising ruling, Warren upheld Zacks’ claims. Warren particularly agreed with the claim that the high cost of the payments would severely harm landlords. This ruling came despite the maximum payment a landlord would have to make being $13,500, while most units in San Francisco sell for more than $500,000 after being converted to condos.

The city filed an appeal to the ruling, which the State Court of Appeals heard today. Their initial reaction at the hearing revealed a court highly skeptical of Zacks’ arguments. In particular, judges extensively questioned Zacks regarding the ability of a court of law to decide how much money in relocation payments would prohibit a landlord from getting out of the rental business. The court appears likely to rule that a legislative body – in this case, the Board of Supervisor – stands much more able to make such a decision.

In addition, yesterday the City Attorney made a strong argument that requiring landlords to pay higher amounts to mitigate the harmful of effects of Ellis Act evictions does not in any way conflict with state law. He pointed out that a provision of the Ellis Act specifically designates the ability to mitigate these effects in whatever way they see fit.

Should the Court of Appeals agree with the City Attorney’s arguments, it would mean a major victory for the tenants of San Francisco.

“This is an important case for tenants facing Ellis Act eviction,” said Tenderloin Housing Clinic attorney Dean Preston. “A single $4500 payment for a family to relocate in San Francisco is grossly inadequate. The legislation sponsored by Supervisor Peskin recognized this reality, and provided a much-needed increase in the payments. When you think about it, it’s really outrageous that real estate speculators who stand to make hundreds of thousands, if not millions, off these evictions would send their hired guns into court to attack this increase in the relocation payments.”

The Court of Appeals had 90 days to issue a final ruling, a period of time during which they will also weigh in on another case regarding the validity of a particular notice requirement in Ellis Act evictions.